ZTE slapped with export restrictions by US Commerce Department


Chinese smartphone maker ZTE has been hit with US export restrictions related to charges that it illegally shipped telecom equipment to Iran and North Korea.

Paranoia will destroy us

The notion that the Chinese government would spy on corporations and our agencies with electronic devices manufactured by Chinese companies is not only absurd but would be catastrophic to furthering their ambitions in world trade.

The US Department of Commerce issued the export ban on Monday, alleging that ZTE lied to the Bureau of Industry and Security (BIS) about disciplinary actions supposedly enforced on senior employees relating to the illegal shipments.

Secretary of Commerce Wilbur Ross said ZTE paid full bonuses to employees who had engaged in illegal conduct instead of reprimanding the employees like it was supposed to. The falsehood effectively violated ZTE’s settlement terms with the US government and in turn activated denial of export privileges that were previously suspended.

“ZTE misled the Department of Commerce. Instead of reprimanding ZTE staff and senior management, ZTE rewarded them. This egregious behavior cannot be ignored,” Ross said in a statement.

The ban blocks ZTE from “participating in any way in any transaction” subject to the US government’s Export Administration Regulations. It also makes it illegal for US companies to sell components to ZTE.

In March 2017, ZTE agreed to a combined civil and criminal penalty and forfeiture of $1.19 billion over the illegal shipments to Iran and North Korea, as well as charges that it knowingly obstructed justice and made false statements to mislead the US government.

ZTE also agreed a seven-year suspended denial of export privileges, which could be activated if any aspect of the agreement was not met or if new violations occurred.

This is not the first time that ZTE has found itself in trouble after shady business dealings. Following a 2012 investigation by the FBI and Commerce Department, among others, Cisco ended its sales partnership with ZTE. At the time, ZTE was alleged to have set up a network of sub-companies to illegally export products from Microsoft, HP, Oracle, Dell, Cisco, and Symantec to Iran. 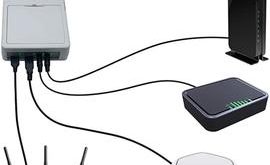