What wireless charging would mean to the iPhone


Apple has a long history of hanging back and embracing standards with a big splash. One example was USB, the now-ubiquitous connector that got off to a slow start before Apple began supporting it in the iMac. Another was Wi-Fi, a prevalent standard that once competed for consumer adoption with a vanquished rival called HomeRF.

Now, news that Apple has joined of the Wireless Power Consortium comes amidst rumors that the company will finally add inductive charging to the iPhone, becoming one of the last major manufacturers to do so, either directly or via a first-party accessory.

Of course, there is no guarantee that Apple will so act. It was, for example, a board member of the Blu-ray Disc Association and never shipped a product with a Blu-ray drive. It’s also possible that Apple could reserve wireless charging, as it does now, for select products such as the Apple Watch. However, were the company to bring Qi to the iPhone, it would have a broad range of implications.

Also: As iPhone 8 rumors swirl, Apple takes big step toward wireless charging | OLED iPhone 8 will be an expensive gamble for Apple | No need to wait for the iPhone 8: You can have wireless iPhone charging today

Game over. For years, at least two incompatible charging systems systems have been vying for adoption among among handset makers, accessory suppliers, and venues such as Starbucks and airport lounges. They have been Qi, supported by the Wireless Power Consortium, and Airfuel, the latest name of a roll-up of standards supported by the Airfuel Alliance. The Qi standard that Apple would support has had a significant lead in smartphone adoption.

While the Airfuel Alliance has had some powerful backers such as Intel, Starbucks, and Samsung, the latter has supported Qi alongside Airfuel in a nod toward the rival standard’s prevalence. Apple’s embrace of Qi would be a major blow to Airfuel, which could die on the vine or retreat to focus on wireless PC charging as Intel has positioned it.

Better compatibility. In addition to coronating Qi as the One True Induction Charging Standard, Apple’s embrace of Qi could benefit the performance of the standard in a few ways. First, it wouldn’t be surprising to see Apple’s arrival coincide with a new version of the Qi standard that offered faster charging, greater range or other benefits. Also, with a huge new potential market, makers of Qi chargers would likely step up to ensure compatibility with the iPhone and other phone vendors would ensure that they conformed to this implementation as well.

A sealed iPhone. I wrote about the potential of a sealed iPhone in advance of Apple dropping the iPhone’s headphone jack. Adopting wireless power wouldn’t necessarily mean that the company would kill the Lightning port in the next iPhone. However, there would be several reasons that might give Apple the “courage” to do so . These include freeing up ever-precious real estate and easier waterproofing. Lighting has been living on borrowed time anyway since Apple embraced USB-C. As many frustrated new MacBook Pro owners has observed, it’s pretty ridiculous that the power cable for their computer can’t charge an iPhone when it can charge Android phones from brands such as Motorola, HTC, and LeEco.

A chorus of yawns. Supporting Qi is far from leading edge. LG shipped the first Qi-compatible phone in the US in 2011. Even BlackBerry checked it off its bucket list with the Priv. Of course, if Qi were just an incremental feature in the new phone, there may be cause for a golf clap. After all, the lack of Qi support hasn’t done much to keep people away from iPhones up to this point. But if this “catch-up” functionality is positioned as a major new feature, the next iPhone likely doesn’t have a great story to tell.

Contactless wireless charging push-back. And there might be further bad news associated with Apple adopting Qi. Many speculated that Apple was bypassing charging pads to embrace a room-based system that passively provides wireless electricity through the air much as Wi-Fi provides connectivity. There are already a few companies in this space, including WiTricity, Energous, and UBeam. Microsoft also recently filed a patent for a room-based wireless charging system using light. Of course, Apple could support both pad-based and room-based of charging technologies, but adopting Qi signals that such advances are further in the future for the iPhone.

Once the pads are in place, inductive wireless charging is a cool convenience. It would make topping off the iPhone easier and Apple’s support would make Qi more prevalent and more robust. But support for wireless charging on its own would hardly be the kind of game changer that Apple needs for its flagship device. 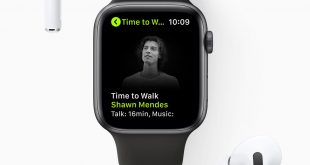 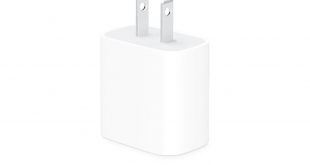 For the past year I’ve been carrying out an experiment. I’ve been charging my iPhone ...