Walmart’s sales have been soaring during the pandemic as people rely on the retailing giant for basic home goods and groceries, and given the state of the world, may not want to make a big splash with new electronic offerings from its Onn house brand. Nonetheless, online sleuths have sniffed out a pair of new Onn tablets that provide upgrades over its first models announced nearly a year ago.

While it might be pushing things to label these new tablets as “Pro,” there are definite improvements over the specs of their predecessors. Perhaps most notably, the new Onn Tablet Pro slates — comprising a $99 8-inch and a $129 10.1-inch version — are running the latest edition of Android, Android 10. Walmart is also doubling the built-in storage, expanding to 32GB from the first gen’s 16 gigs, as well as upgrading the processor from a quad-core 1.2GHz chip to an octa-core 2GHz MediaTek MT8768WA CPU.

Other specs are fairly pedestrian: 2GB of RAM for the 8-inch Onn Pro, and 3GB for the 10.1-inch Onn Pro; 10 hours of battery life; and 5-megapixel front- and rear-facing cameras. Although Walmart doesn’t list a screen resolution for the 8-inch version, the 10.1-inch Onn Pro has a full HD display. Not surprisingly, the new tablets have several pre-loaded apps from Walmart, including ones for Walmart eBooks, Sam’s Club, and its Vudu streaming video service.

What’s more surprising is how the new tablets are being rolled out. While the Tabletmonkeys site — which sussed out the existence of the Onn Pro models — says that they are being released in May, Liliputing points out that they are showing as currently available in retail Walmart locations. That means until further notice you’ll have to risk venturing into a physical Walmart store if you’re interested in picking one of these up. Perhaps the May release date accounts for online availability, but we’ll have to wait at least one day to find out. 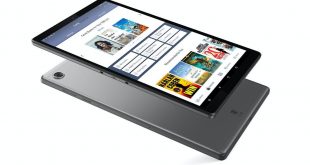