VSCO is a brand well-known among photographers who take advantage of its presets for desktop and its mobile app featuring film-inspired filters and pro image tools. Now the company is moving into video editing, with the launch of its first video editing tool on iOS. The tool will allow users to apply presets and tools to any size video from their smartphone camera, then share the resulting creation across social media.

The new tool takes advantage of SENS, the company’s proprietary real-time image processor, and is compatible with all iOS video formats up to 60 FPS 4K video, with no size or length restrictions, the company tells us.

Its SENS technology platform is being positioned as a differentiator here, in terms of VSCO’s capabilities, as it moves into video editing. Prior to now, the platform is what allowed the company to roll out support for the high-quality RAW file format in iOS, and the addition of short video clips within the app, according to VSCO co-founder and CEO Joel Flory, talking about SENS in an interview with Fast Company this June.

However, the video editing tool won’t be available to everyone who has the VSCO app installed – it’s a feature rolling out to paid “VSCO X” members only.

VSCO X is the company’s annual membership service, which charges users $19.99 per year for those who want access to new features on a monthly basis, including presets, tools, educational offerings and more.

The video editing tool will initially become available to VSCO X members on iOS, ahead of its launch on Android, says VSCO.

To use the feature, members launch the app then tap the banner in their Studio where the video editing tool is being announced.

Videos from your phone’s Camera Roll will then appear here in the Studio, and you can choose the one you want to edit. You can use presets from the VSCO X library to edit the video along with other standard editing tools, like Contrast or Saturation. When your edits are complete, you can save video back your Camera Roll, where you can choose to share it out to other social platforms.

“VSCO’s mission is to help people become better creators, and video is a creative frontier we’re increasingly passionate about and focused on,” explains Flory, of the new tool’s launch. “Video editing for VSCO X members is a first step into what we see as limitless possibilities for video editing tools on VSCO.”

VSCO today has an active community in its app, which consists primarily of younger people, the company notes. 80 percent of its monthly users are millennials or generation Z, and 70 percent of the community is creating daily. The company reported at the beginning of last year it had passed a key milestone by surpassing 30 million monthly active users in its app.

At the time, VSCO hinted it would expand its product and platform into new areas in the future. It also had then just brought on COO Bryan Mason, who had previously worked at Adobe managing business operations for the launch of Creative Cloud, M&A, and led biz dev.

As for the VSCO app itself, it’s currently a highly-ranked #15 in the competitive “Photo & Video” category on the App Store, behind other big names like Instagram, YouTube, Snapchat, Google Photo, Musical.ly, Facebook Moments, and Adobe Photoshop.

The iOS version of the app is a free download here on the App Store.

Snyk snags $150M investment as its valuation surpasses $1B 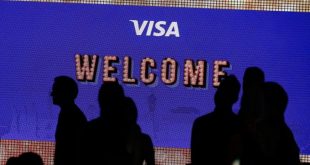 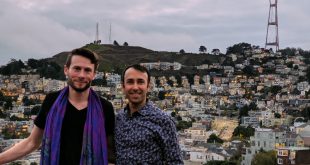 During this week’s Democratic debate, there was a lot of talk, unsurprisingly, about ensuring the ...