Verizon Australia has reported its 2019 full year to December 31, with revenue up, but higher expenses and not winning the foreign exchange lottery, resulting in the company posting a lower profit for the year.

Once expenses were taken out — of which employees received an extra AU$5 million to AU$76 million — the company posted AU$3.7 million in profit before tax and finance costs compared to AU$5.1 million a year prior.

However, last year the company landed an additional AU$16 million in foreign exchange gain, which boosted its pre-tax profit to AU$24 million compared to only AU$3.3 million this year.

Although Verizon Australia had a current income tax expense of AU$6.5 million, this was wiped out by prior tax losses and deferred tax to result in a AU$606,000 benefit. By contrast, last year’s AU$4 million current tax expense was boosted to AU$7.5 million through AU$4 million in deferred tax payments and only $500,000 in prior losses to offset it.

As of the end of 2019, the company had AU$28.5 million in tax losses available for offsetting.

For the Verizon mothership, the company posted $132 billion in revenue and just shy of $36 billion in operating cash flow for 2019.

Unlike its US brethren, Verizon Australia avoids consumers and focuses on providing connectivity and IT services to business and government customers.

The Australian outpost said the coronavirus outbreak would unlikely result in significant impacts.

“We have not seen a significant impact on our business to date,” the company said.

“The outbreak and the response of governments in dealing with the pandemic is interfering with general activity levels within the community, the economy, and the operations of our business. The scale and duration of these developments remain uncertain as at the date of this report, however, they may have an impact on our earnings, cash flow, and financial condition.”

Verizon says the archivists it has blocked breached its terms of service.

Verizon said BlueJeans will become part of Verizon Business and be “deeply integrated” into its 5G product roadmap.

The emergence of two new wireless standards will cause IT decision-makers to think carefully.

Telecom provider is helping hospitals, government, and schools across the country stay connected during the coronavirus crisis.

Previous iPad Pro users: If your Magic Keyboard's battery is draining fast, try this
Next Original Content podcast: Netflix’s ‘Never Have I Ever’ turns teenage pain into comedic bliss 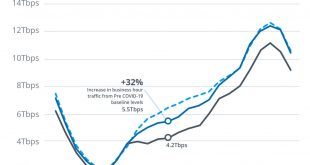 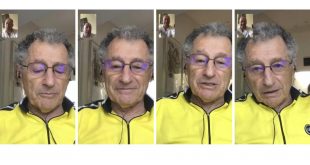 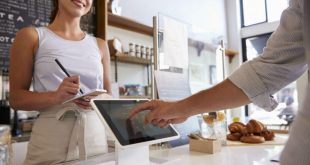