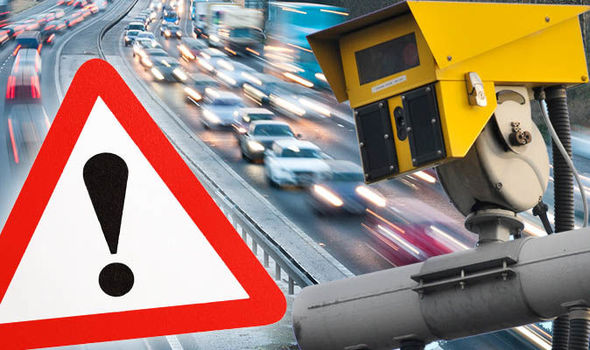 Drivers who break the law and exceed the 70mph speed limit will face a fine on a major UK motorway.

A new initiative has seen the introduction of 24/7 speed cameras on the M1 in Derbyshire.

The reason they have been introduced is to “catch speeders” and reduce the amount of car crashes.

These cameras have been introduced on to the smart motorway section of the road, between Tibshelf services and junction 29A at Duckmanton, and will be permanently active.

One driver was caught travelling an eye-watering 128mph by the cameras last year and caught 8,382 drivers flouting the speed limit.

Darren Roberts, manager of the Casualty Reduction Enforcement Support Team (CREST) for Derbyshire police, said he was shocked to discover the cameras were among the most profitable in the country.

Mr Roberts said: “The cameras are not there to generate money.

“They are there to catch speeders, get reckless drivers off the roads and ultimately lead to a reduction in collisions.”

The officer has issued a plea to drivers to stop speeding as it causes the families and friends of those lost in an accidents “extreme trauma.”

“To all the speeders out there: imagine if you had to knock on the door of a victim’s family to tell them their loved one had died because of your reckless driving.

“It’s just not worth the risk. Speeding can never be justified.

“Why put lives on the line to arrive a few minutes early?”

The CREST team want to reduce the amount of offences involving drivers using phones behind the wheel, speeding drink and drugs and not wearing a seatbelt.


It’s just not worth the risk. Speeding can never be justified.


“Some people will always drive over the speed limit, or use their mobile phone behind the wheel, but we’re trying to educate people – especially younger drivers – of the severe consequences of their actions,” said Mr Roberts.

“If you are using your phone and are distracted for even a few seconds, you could cause a serious crash and take someone’s life.

“Slow down, concentrate on the road and don’t risk your life or the lives of others.”

Speeding fine calculations changed in the UK in 2017.

The cap of £1,000 on minor speeding offences or up to £2,500 for major ones still remains but the way the fine is calculated did increase.

The minimum penalty for an offence is £100 fine and three penalty points added to you licence.

You could be disqualified ion you build up 12 or more penalty points over a three year period unless you are a new driver when it is under six points.

Under the new rules drivers can be charged up to 175 per cent of their weekly wage.

Charges are broken down into three different bands which determine how a motorist is fined and are calculated on a percentage basis.

A minor offence constitutes a band A charge. Band A charges are for drivers who exceed the stated speed limit between one and 10mph. 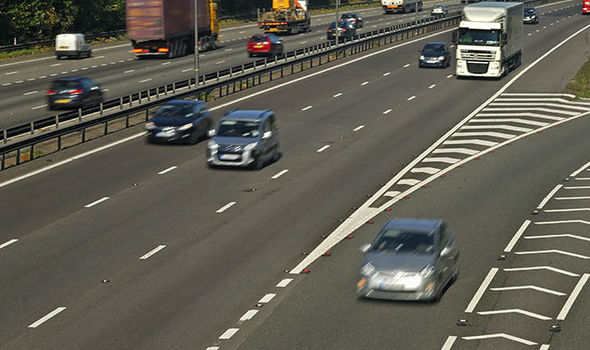 The M1 speed cameras will be always active

So, if a driver travels 31mph up to 40mph in a 30mph zone, they can be charged between 25 per cent and 75 per cent of their weekly income.

Drivers who exceed the stated speed limit between 11mph and 20mph will be charged between 75 per cent and 125 per cent of their wage.

Major offences which are for breaches of 22mph and above could see drivers charged between 125 per cent and 175 per cent of their weekly wage.

Variable amounts of penalty points can also be issued based on the offence.

Band A offenders can receive three penalty points on their licence, band B drivers can land themselves between four and six points, while band C offences carry a six penalty point charge.

For any motorist who has held their licence for less than two years, a band C offence is enough for them to loose their licence and face an immediate driving ban.