TPG has added its voice to the chorus of commercial telcos querying NBN’s targeting of business customers.

“We do have concerns about NBN’s increasing involvement in the business market in areas where there is already substantial existing fibre from numerous competitive carriers,” TPG founder and executive chairman David Teoh said at the company’s AGM on Wednesday.

“We don’t understand why taxpayer funds would be used to overbuild existing infrastructure in these areas.”

TPG competitor Vocus struck out at NBN’s tactics in October.

“NBN should be a good thing for the Australian enterprise market — but only if it operates within its original remit as a wholesale-only, transparent, and non-discriminatory operator,” Vocus CEO Kevin Russell said at the time.

“Right now, NBN’s behaviour in the market is in danger of undermining and penalising those who have invested and, want to invest, to support infrastructure competition.”

For its part, NBN said it has always intended to target businesses as it allows the company to pull fibre deeper into the network.

“We’ve never hidden this and indeed announced last year our intent to generate a billion dollars in revenue from business,” Rue told Senate Estimates in October.

“When NBN connects post offices all over the country to fibre, that fibre can also be used to connect other premises over time.

“This drives savings and cost reductions over many years.”

On Wednesday, Teoh reiterated guidance from September when the company handed down its full year results that FY20 would be the year it would see the most significant headwinds from the rollout of the National Broadband Network (NBN).

“We expect to be well positioned for growth once the headwinds subside following the end of the NBN rollout, with our lean cost structure enabling us to continue to be an effective competitor in residential broadband, our quality of service and fibre infrastructure supporting ongoing Corporate Division growth, and an exciting greenfield opportunity in Singapore,” he said.

“In this peak year of NBN headwinds, organic growth [for] FY20 is not expected to be sufficient to offset the headwinds and consequently [business as usual] EBITDA is expected to be in the range of AU$735 to AU$750 million dollars,” he said.

“While the wholesale pricing changes … have been a step in the right direction, our NBN economics remain worse than they were in the first half of FY19 when the NBN Focus on 50 and CVC boost promotion was in place,” he said.

“By the end of FY20, the group expects to have only around 13% of its residential broadband customer base remaining on DSL.”

Speaking on the court case brought by the company and Vodafone Hutchison against the ACCC over blocking the merger of the two telcos, TPG general counsel Tony Moffatt said he was “very comfortable” with the way the case was presented.

“We had the finest competition lawyers working for us on the matter, and we believe that we presented a very clear picture about our position when it comes to any future mobile strategy,” he said.

“If the merger is not approved, we will be looking at the other options available to monetise our spectrum and mobile assets.”

TPG kept looking into 5G even though Teoh killed the project

Despite saying it was ending its mobile network at the start of the year, TPG’s head of operations and products has revealed the telco continued to talk to mobile equipment vendors.

iiNet lost a copper line, an NBN customer, and must now undergo a systems audit

ACMA threatening to drag TPG-owned telco to court if it does not comply with direction.

Friday’s chapter of the legal battle between the ACCC and Vodafone/TPG at the Federal Court kicked off with Ericsson being asked whether it played favourites with Telstra over other carriers. 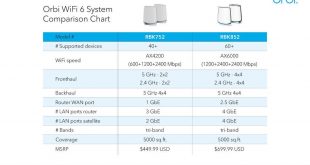 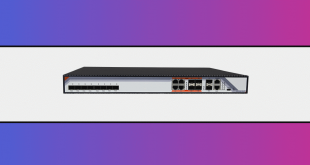 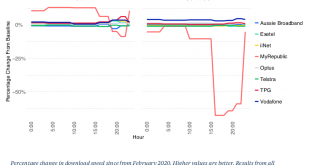 Image: ACCC The relationship between a user’s physical location and that of the servers used ...