I am a knitter. It is more than just my hobby. Knitting has been a core part of my identity since I was five years old, when my grandmother patiently taught me how to make my first garter stitch square. I am also a person of color. Over the past few years, it’s been painful to see the empowerment racists derive from the Trump administration, but even more troubling to see how many people insist that taking a stance against racism is “being political.” And I’ve been a member of Ravelry for 11 years.

Today the site, which currently counts eight million members, and is one of the most influential online communities dedicated to knitting and other yarn crafts, enacted a policy that explicitly bans support of Donald Trump and his administration in content posted to the site, including knitting projects, patterns, forum posts and profiles.

Ravelry credits rules enacted last year on roleplaying game site RPG.net for much of the writing in its new policy. At a time when all the biggest social media platforms, including Facebook, Twitter and YouTube, are constantly prevaricating about their role in enabling the spread of racism, hate speech and harassment, it is extraordinarily brave and meaningful for these much smaller—but still influential—sites to take a stance that unequivocally calls out the link between the Trump administration and white supremacy.

Policy notes:
• You can still participate if you do in fact support the administration, you just can’t talk about it here.
• We are not endorsing the Democrats nor banning Republicans.
• We are definitely not banning conservative politics. Hate groups and intolerance are different from other types of political positions.
• We are not banning people for past support.
• Do not try to weaponize this policy by entrapping people who do support the Trump administration into voicing their support.
• Similarly, antagonizing conservative members for their unstated positions is not acceptable.

Ravelry states that posts violating this policy will be made invisible or returned to drafts (it adds that the site will never delete project data and will provide any member who is banned with a backup copy).

To be clear, and to reiterate what it says in its policy update, Ravelry has not banned people who support Trump from the site. Instead, they are requesting that they keep their support of Trump and his administration off of Ravelry. This is not the first time the site has taken action against racist, xenophobic and white supremacist sentiment. For example, it does not allow patterns with the Confederate flag and in January removed a pattern for a hat that said “Build the Wall.”

Knitting: more than just another hobby

I have never met the team behind Ravelry, but the site has been a big part of my personal life for more than a decade. Reading commentary about their policy update today felt strange because I am watching decisions made by a team I’ve come to respect and admire for their thoughtfulness dissected by people who are clearly not familiar with Ravelry, and who obviously do not knit.

A lot of comments are incredulous that a “knitting site” can be so opinionated. Others are dismissive of Ravelry’s stance because most of its audience are hobbyists. But the value of knitting, especially hand-knitting, is beginning to be recognized beyond the crafting sphere. For example, researchers are studying the properties of knitted fabric to guide innovation in fields like biomedical engineering and soft robotics.

It is also important to recognize that textile arts have been intertwined with social issues for centuries. For a long time, making garments, bed linens and other essential items were among the few ways women were able to gather for hours and talk by themselves. In “No Idle Hands: The Social History of American Knitting,” published in 1988, Anne L. Mcdonald charts the roles knitters played during both wartime, galvanizing support and providing clothing for troops, and peacetime, supporting political movements across the centuries like American independence, abolition and suffragism. As Julia Bryan-Wilson, the author of “Fray: Art and Textile Politics” and a professor at U.C. Berkeley, wrote, “no one book…could possibly account for the ways that textiles have been used across history for both pacifying and radical causes.” 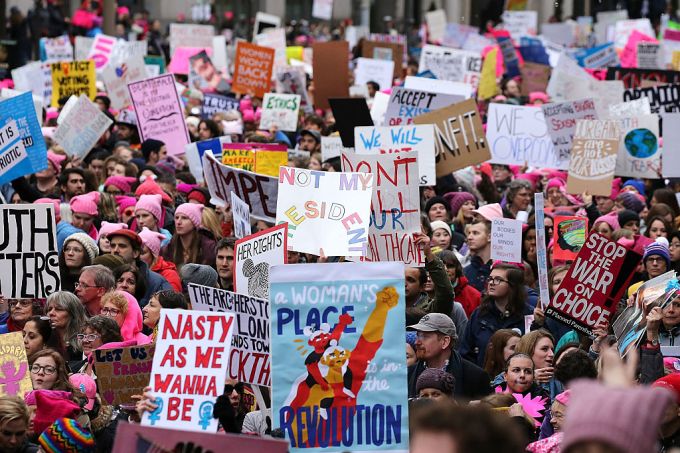 Protesters march on Pennsylvania Avenue during the Women’s March on Washington on January 21, 2017 in Washington, DC. (Photo by Paul Morigi/WireImage)

One of the most striking recent examples of knitting’s impact beyond its “niche” was the Pussyhat Project. An estimated one hundred thousand hats were made and distributed to participants in the Women’s March by volunteers, creating the sea of pink seen in photos taken at demonstrations across the world.

Knitters have also been at the forefront of many difficult but important conversations. For example, after the Women’s March, discussions arose in crafting groups about how the Pussyhat Project sent an exclusionary message to transgender women and women of color. Many people put the hats they had knit or crocheted away to show solidarity. Earlier this year, knitters began talking about racism within the community itself and how discrimination among crafters intertwines with discrimination in other contexts as well. With its policy update today, Ravelry has the potential to launch important discussions about the site that online sites and their moderators have in shaping public discourse, starting within specific groups and spreading further.

Many years ago, knitting designer and teacher Elizabeth Zimmerman wrote, “Properly practiced, knitting soothes the troubled spirit, and it doesn’t hurt the untroubled spirit either.” As a group, knitters, and textile artists in general, have never been afraid of making decisive statements, and decisions like the one Ravelry announced today have the potential to reverberate much, much further. For many knitters and other textile crafters who have struggled to make sense of the past few years, it is a beacon of hope and support in a dark time. For others, it will hopefully serve as a call to reflection.

Previous Tesla Model 3 driving impressions – What its like to drive and why you should buy one
Next Daily Crunch: Google’s not making any more tablets 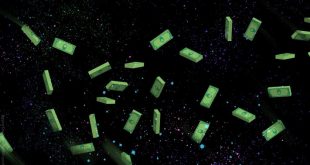 n”,”protected”:false},”excerpt”:”rendered”:” Alphabet pulls the plug on its internet balloon company, Apple is reportedly developing a ...