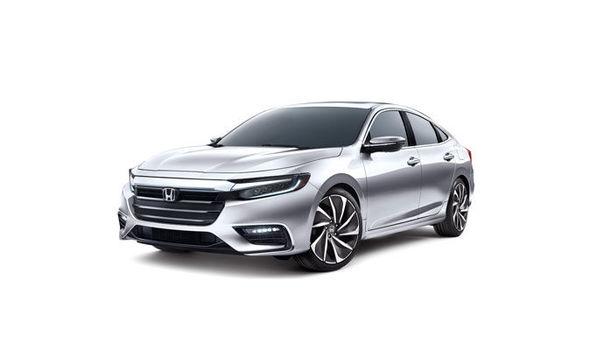 Honda’s original 1999 Insight was unquestionably a car ahead of its time and this third-generation of the Japanese firm’s hybrid hatchback looks just as appealing.

With a 1.5-litre petrol engine allied to an electric motor, the Insight will spend most of its time on electric power only with the engine acting as a generator for the battery pack (in a fashion not dissimilar to BMW’s i3).

With the NSX supercar currently the only hybrid-powered model that Honda offers in British showrooms, this Insight would be a welcome addition, especially with the company intending for two-thirds of its global sales by 2030 to have some form of electric power.

The bad news is that while there are no immediate plans for this to come to the UK, Honda won’t completely rule it out, especially as right-hand drive models are available in Japan.

It doesn’t take much imagination to join the dots with this Lexus LF-1 Limitless concept.

Toyota’s luxury brand is one of the biggest premium car brands in the US, where big 4x4s rule. Lexus has a big-selling SUV in the form of the smaller RX and the luxury 4×4 market has never been more popular.

Although Lexus has a big 4×4 above the existing RX in some markets, it has always been a rebadged Toyota Landcruiser which leaves a gap in the Lexus showroom that the likes of this gorgeous LF-1 could neatly fit into.

Designed to fit numerous different power sources and with the new oversized hourglass-shaped front grille, we think it would be a great addition to a fast-expanding class. 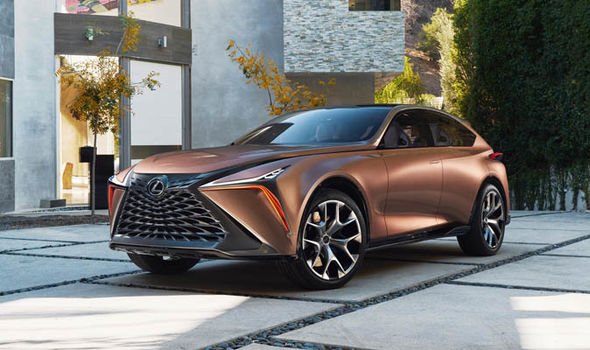 Nissan’s Infiniti might be only a minor player in terms of its British sales but all the signs are that it’s heading in the right direction. UK sales were up by 22 per cent in 2017, while globally it recorded its eighth consecutive year of record sales.

With the QX50 crossover due by the end of this year, things are looking positive for 2018, too. Unfortunately there’s no chance of this gorgeous Q Inspiration concept saloon appearing in any Infiniti showrooms anytime soon but dismiss it at your peril.

Don’t be surprised to see similar sleeker shapes and softer shoulder lines on future Infinitis from next year onwards, along with the sharper lights and bold grille of this concept. 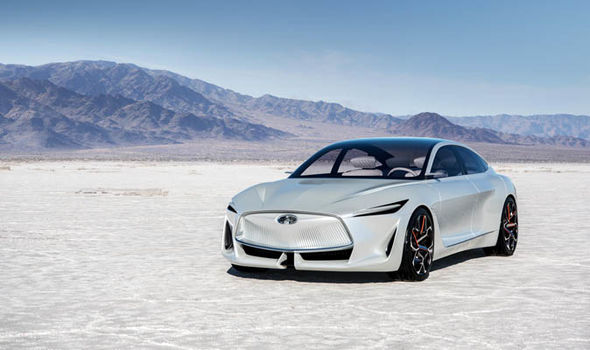 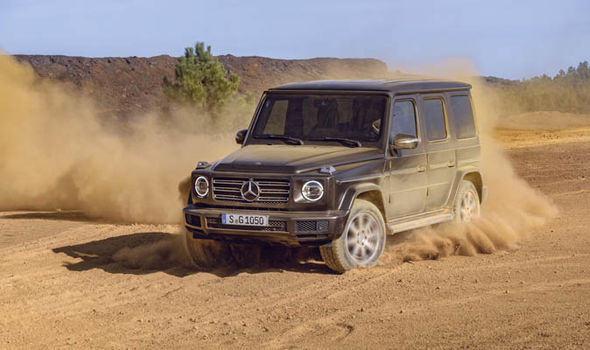 Like the Land Rover Defender, few cars attract such adoration among 4×4 enthusiasts like the Mercedes G-Wagen. But having been largely unchanged since 1979 it was certainly no spring chicken and, truth be told, has been ripe for replacement for some time.

This new G-Class looks to bring it fully into the 21st century with an all-new look and a host of new features. Longer and wider than the outgoing model, the new G-Class is crucially also 26 stone lighter and also boasts far more interior space than before thanks to improved packaging.

For UK buyers, the first G-Class into showrooms here will be a sportier 63AMG version with first deliveries occurring in August, followed by a 350 diesel in autumn next year.

There has been no word as yet on any future hybrid-powered version, although all UK models will feature a high specification of equipment with Mercedes’s usual two 12.3in instrument displays in the cabin from the E-Class and S-Class saloons.

As before, expect excellent off-roading ability too. 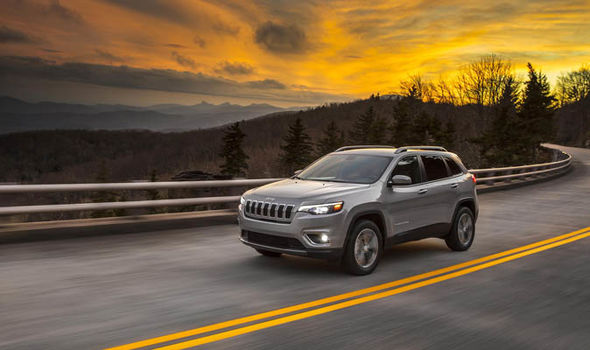 This is set to be a big year for Jeep with the arrival of the new Wrangler this summer but the popular Cherokee is determined not to be left out with this midlife facelift.

The thin headlight look of before has gone, with more conventional styling for this new version along with an updated interior.

There will also be a new 2.0-litre turbo petrol engine alongside continuing turbo-diesel and V6 petrol engines.

This Cherokee will also continue to boast its Trail Rated status as one of the most capable off-roaders on the market. 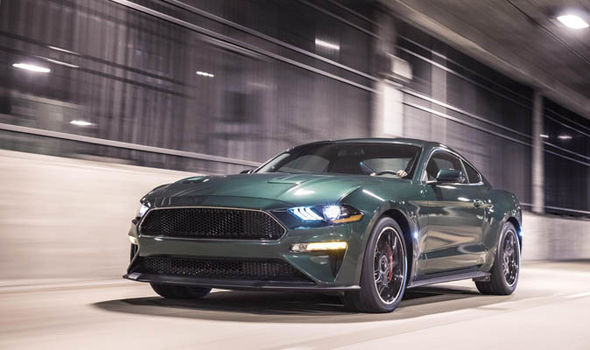 This year sees the 50th anniversary of the classic Steve McQueen film Bullitt. But aside from the eternally cool McQueen, the only thing that anyone remembers that film for, half a century on, is that car chase.

Even now, it’s still hard not to wince as Frank Bullitt’s Highland green-hued Ford Mustang GT yumps and graunches its way around the steep streets of San Francisco chasing a mystery Dodge Charger.

Okay, we know that the plot of the chase has more holes than a teabag, such as overtaking that green VW Beetle four times in just a minute or so, but we still love it.

Ford has recognised that appeal and this Bullitt GT special edition will come in the same colour as McQueen’s original with performance upgrades to the 5.0-litre V8 engine to produce an incredible 481bhp.

Along with the revised Mustang due this summer, everything points to this Bullitt model arriving in British showrooms towards the end of this year. 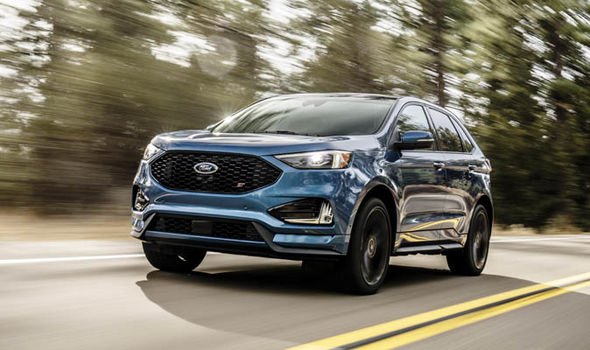 With the crossover and 4×4 market enjoying ever-rising sales, this new face-lifted Ford Edge looks like a case of striking while the iron’s hot but we’ll have to wait until the end of this year to see it.

Along with numerous revisions to the exterior and interior styling, the new Edge will also see the arrival of a sporty ST-Line spec level, as with much of the rest of the Ford range, giving it a more purposeful look even if there are no more actual extra horses under the driver’s right foot.

Although the new Edge will get upgraded diesel engines, there will continue to be no petrol versions as Ford doesn’t believe there’s a market for it at this level, despite continued nose-diving of diesel car sales.

There’s also no hybrid version either and we won’t be getting a seven-seater like other markets. 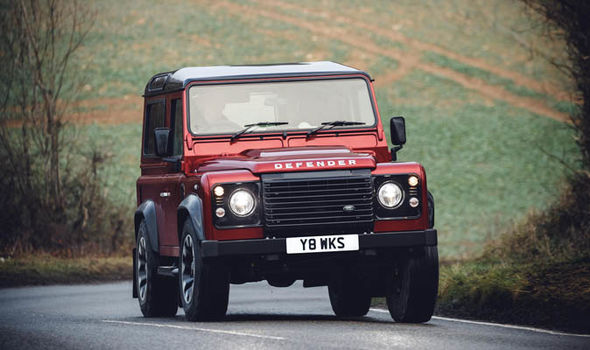 IT might not have been at Detroit but as 70th birthday presents go, this was too good to miss.

With Land Rover celebrating its seventh decade in 2018 and after the huge success of its Range Rover Reborn, it has done the same again with a limited run of Defenders.

Badged 70th Edition, the Defenders will be offered in 90 or long-wheelbase 110 forms and be powered by a 5.0-litre V8 engine boasting an incredible 405bhp and a 0 to 60mph time of just 5.6 seconds.

All will get special aluminium door handles, LED headlights and a full leather interior, and prices for the 70th Edition will start from an eye-watering £150,000.