The Apple iPhone tends to take the top spot in most of my biannual lists, with Samsung making an appearance every once in a while. With continued innovation in the Android space and much of the same from Apple, the advancements in technology outweighed simplicity this time.

It is not easy to pick the top phone when so many great options exist. While you may not agree with my particular order, it’s likely you have most of these in your top 10. I was fairly certain of my top pick this year, especially after attending the launch event in NYC last week, but I still posted a Twitter poll that confirmed my top two phones.

I actually had the Samsung Galaxy Note 7 at the top of my last list in December 2016, but after two recalls it was removed from consideration. The Samsung Galaxy S8/S8 Plus takes first place this time for many reasons.

Samsung’s Infinity Display looks fantastic and minimizes the top and bottom bezel while removing anything on the sides which roll down from the front to the back. We see ample RAM and internal storage with the ability to add inexpensive microSD cards, new Bixby assitant and a hardware button dedicated to its use, improved front facing camera, Samsung Pay payment technology, wireless and fast charging, IP68 dust and water resistance, a USB Type-C standard port, and traditional 3.5mm headset jack. There is nothing missing from the Galaxy S8 and it deserves the top spot.

The Samsung Galaxy S8 can be pre-ordered now and will ship in the next couple of weeks. The S8 is priced at $750 and the S8 Plus at $850. Pre-orders include a free Samsung Gear VR and controller too.

My Galaxy S8 Plus review will be posted in a couple of weeks. I’m picking this as the top device based on my limited time with the S8 at the launch event and my extended time with the S7 and S7 Edge.

Whenever I need to make sure I have a phone that does it all and gets me through a long day, I regularly pop my SIM into the Apple iPhone 7 Plus. The water resistance, improved cameras, more RAM, a larger capacity battery, a faster processor, and stereo speakers are all compelling features.

However, the iPhone 7 ends up in second because it has no fast charging technology, internal storage is locked to whatever capacity you purchase, there is no standard headphone jack, there is no wireless charging, Apple Pay has limitations, and the phones are quite large for the display sizes.

The Apple iPhone 7 and 7 Plus are also the most expensive smartphones available today, when compared to similar flagships.

LG was the first to get its flagship out to customers with the new 18:9 aspect ratio and after using one for more than a month I considered it as a possible number one contender. It is priced the lowest of these top three at just $650 with a microSD card slot, incredible performing dual rear cameras, shock resistance, minimal bezels and a pocketable form factor, wireless charging, and dust and water resistance.

The LG G6 has a rather thick uniform body and doesn’t have anything that particularly makes it stand out from the crowd. The LG UX is OK and is not too intrusive, but LG doesn’t have a great track record with regular software updates and there is still something for LG to prove in 2017. But the LG G6 is a wonderful device to show that LG is able to compete with Samsung and Apple.

It’s hard for me to pick a phone for the top three that six months after release still has a back order from four to five weeks. The Google Pixel and Pixel XL are outstanding devices and for about a month I owned a Google Pixel XL.

The Pixel has a 5 inch display while the Pixel XL has a 5.5 inch display. Both are powered by a Qualcomm 821 processor. Other key specs include 4GB of RAM, 32 or 128GB of internal storage, 12.3 megapixel camera and 8 megapixel front facing camera, and Android 7.1 Nougat.

There is no water resistance or wireless charging capability, internal storage is locked to either 32GB or 128GB, and the bezels of the phone are quite large when you compare it to the new LG G6 and Samsung Galaxy S8.

Just like the iPhone, you will get updates to the Android software first on a Google Pixel or Pixel XL so if having the latest version of the software is important to you then you can’t beat a Pixel.

It’s been a while since I’ve been impressed by a Motorola phone, but the Moto Z and Moto Z Force Droid look great, feel great, and perform well. These phones incorporate a modular design that actually makes sense and works well.

The Z Force Droid edition adds a shatterproof display, which is something we don’t see often today. Both phones have high resolution displays, leading internal specifications, a water repellent nano-coating, and battery life that lasts longer than an iPhone 7 Plus.

Motorola has done a good job updating these latest Moto Z phones with the operating system and monthly Android security updates. You can also use the Moto Z Force Droid in a Google Daydream headset for a VR experience.

The Moto Mods snap on and off easily and are very functional. Motorola has spent time and money fostering the Moto Mods development and we are starting to see projects on Indiegogo and elsewhere.

Check out my full Moto Z Force Droid review and the one from CNET.

While I enjoy testing out Huawei phones as part of my ZDNet experience, I don’t usually include Huawei phones on this list since they are rarely sold in the US. However, the Huawei Mate 9 is available for GSM phone users on Amazon and other US retailers for just $599.

If long battery life, high quality photos, and a big 5.9 inch screen are important to you then you may want to consider the Huawei Mate 9. You can now install the Amazon Alexa app and have another assistant to work with Google Assistant.

The Huawei Mate 9 has a powerful Kirin 960 processor, 4GB of RAM, 64GB internal storage with microSD card slot, dual rear cameras with Leica branding, and a massive 4,000 mAh battery to get you through two days of work.

Check out my full Mate 9 review and the one from CNET.

While the Samsung Galaxy S8 may be the ultimate Samsung flagship, the Galaxy S7 and S7 Edge are still fantastic smartphones that can be found at reduced pricing with the S8 soon hitting store shelves. These smartphones have industry leading specifications, refined design, and capabilities that had me almost awarding it a perfect 10 in my review. The only con I could come up with for the S7 was that it is a fingerprint magnet and for the S7 Edge that the edge screen sometimes facilitated inadvertent screen presses.

The Samsung Galaxy S7 and S7 Edge have extremely fast cameras that take excellent photos and video, responsive fingerprint scanners and advanced Samsung Pay support, water resistance without the fuss of ports, elegant refined design with the use of metal and glass, and also launched with sweet offers from US carriers and Samsung.

The S7 and S7 Edge still use microUSB and have a front physical home button, both of which may still appeal to some people.

The BlackBerry DTEK60 is a solid device, available at a great price, that offers a high level of security in an elegant design. However, I decided to award the spot on this list to the upcoming BlackBerry KEYone that brings a physical QWERTY back to BlackBerry customers.

The BlackBerry KEYone doesn’t have all of the highest flagship specs found in the DTEK60, but it is a very capable device with an excellent camera. The KEYone has a 4.5 inch display, Qualcomm Snapdragon 625 processor, massive 3505 mAh battery, 12 megapixel rear camera, and fingerprint sensor built into the keyboard spacebar.

TCL is now making BlackBerry hardware and as I saw on the DTEK60 it is doing a fantastic job at providing monthly Android security updates, which is not something many Android manufacturers can say.

The BlackBerry KEYone was scheduled for an April release but with the latest news it may be delayed until May. It is priced at $549, which is reasonable for this unique BlackBerry device.

There are a number of excellent Android smartphones available today in the $400 range and one of the best is the OnePlus 3T. OnePlus has recently sold some special color options, including midnight black, in order to satisfy customers looking for a unique device.

The OnePlus 3T feels much like an HTC 10, but the customization, more RAM, and longer battery life make it compelling. It does have a 1080p display so the resolution is not as high as an HTC 10, but it is priced significantly lower.

The OnePlus 3T has a Snapdragon 821 processor, 6GB RAM, and 64GB/128GB of internal storage. There is a 3,400 mAh battery to keep you going, along with Dash Charge for quick top off when you need it.

OnePlus has shown it can update the phone regularly as well with a few updates already made since its release. It has some awesome customization options and is one of my favorite low price smartphones.

For many years I was an HTC fan and purchased most of the One series. The HTC U Ultra was released over a month ago and while it looks gorgeous it is a bit of step back from the HTC 10 and doesn’t compete well with the current flagships.

Like the HTC 10, the HTC U Ultra provides a fantastic audio experience with dual stereo speakers and an included USonic headset that maps the specifics of each of your ears.

The price is a bit high at $749, especially when you compare the HTC U Ultra to other flagships. The back glass, an unusual move for a company that set the bar with aluminum unibody designs, is stunning. However, it is also a major fingerprint magnet.

There is no level of water resistance, wireless charging is not present even though the back is glass, and there is no headphone jack.

While it’s always fairly clear which devices are in the top five, the second five are a bit tougher and some devices get left off the list. I didn’t expect a BlackBerry and an HTC device to be on the list this year, but could also add in some more affordable Motorola and other devices. What other devices would you recommend for this top ten list?

Previous Apple Music on Android catches up with iOS, but bugs remain
Next Google shares details about Espresso, its peering edge architecture 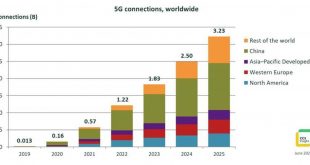 Why the next iPhone will be the 'unofficial start' to 5G 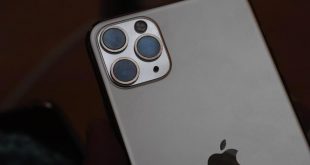 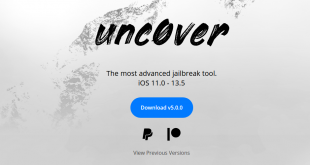 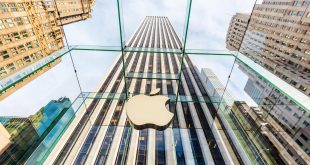 Getty Images In a press conference today in Washington, the Justice Department announced that FBI ...