Tablet sales are still in decline, but Apple's latest iPad is showing the way forward


10 apps to turn your iPad into a productivity wonder
The amount of work you can get done on Apple’s tablet increases thanks to these apps.

The latest numbers published by the International Data Corporation (IDC) show that unsurprisingly, after several years of decline, tablet manufacturers are not out of the woods yet. The tablet market shrank a further 1.5% in 2019 compared to the previous year, to 144 million units shipped globally, with the majority of vendors suffering from a decline in sales.

The majority, but not the entirety: beating all the odds, Apple scored 22.7% year-on-year growth in the holiday quarter of 2019. The Cupertino giant owns over a third of the market – a larger share than its three largest competitors, Samsung, Huawei and Amazon, combined.

The next three big manufacturers, on the other hand, saw a decline in their respective tablet shipments. Amazon was the worst-hit, with a substantial 29% year-on-year decline in sales in Q4 2019. Although Black Friday shipments drove the retail company’s tablet revenue, it was not enough to offset the overall decline, and particularly in the US.

Apple’s success was largely due to strong sales during the holiday season, just after the company released the new 10.2-inch iPad – a timely launch that accounted for nearly 65% of Apple’s tablet shipments.

Apple’s tablets are hitting the spot for now, or so it seems. And consumer appetite for hybrid formats has fueled IDC’s analysts’ optimism about the future of tablets. Last month, Daniel Goncalves, senior analyst at IDC, said: “The new iPad with a first party keyboard and a new operating system designed to enhance productivity features in a tablet environment is expected to generate interest among prosumers and to continue boosting renewals of old tablets.”

The lack of demand to replace existing tablets has indeed long been identified as one of the main inhibitors of growth; another emerging threat to tablets are the ever-bigger screens fitted to smartphones. The trend, defined by the term “phablet” – a contraction of phone and tablet – has seen screens of almost seven inches become a regular feature of modern phones. For many consumers, ownership of a “phablet” cancels out the need to invest in a tablet.

Another potential solution lies in pricing. A smaller contender in the tablet market is Lenovo, who despite a market share of under 6%, is the only manufacturer after Apple that recorded year-on-year growth in shipments in Q4 2019. And according to IDC, the majority of the company’s sales happened in the low-priced tablet segment.

In that light, it is also worth noting that Apple’s latest iPad, the same one that drove the company’s tablet sales, came with a major price cut. Shipping at $329, the 10.2-inch is indeed much cheaper than the iPad Pro, which ships at almost $1,000. Like the hardware itself, the market for tablets is still evolving. 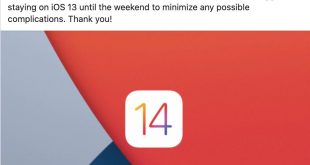 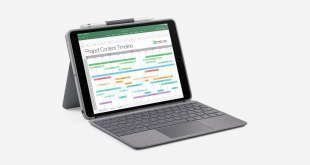 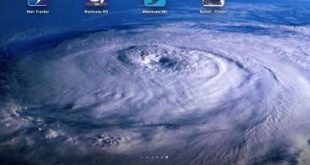