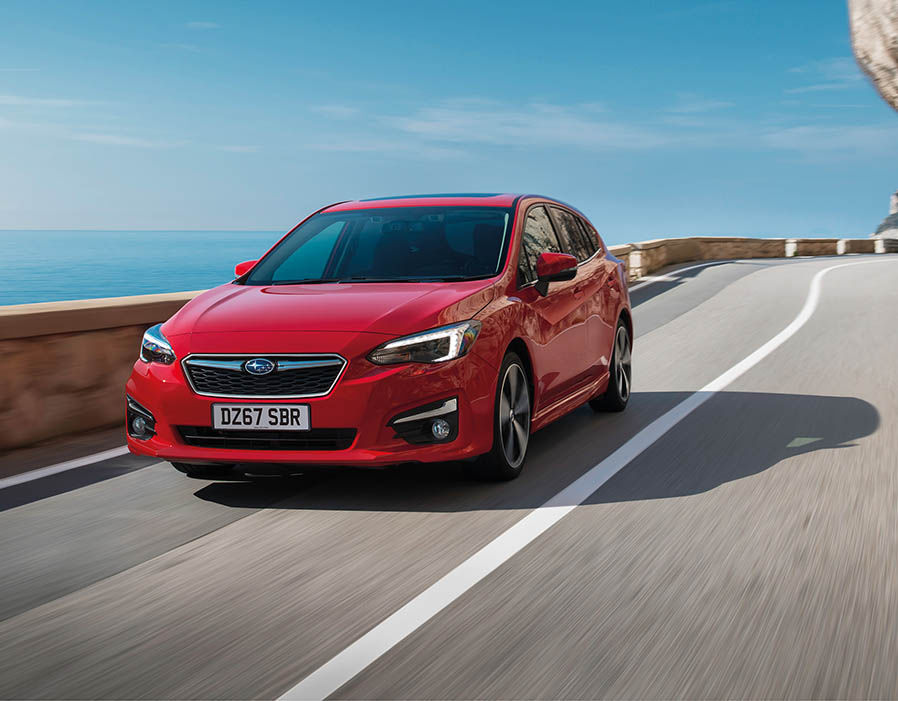 Unfortunately, in the UK at least, the first thought is still more likely to be Colin McRae piloting an Impreza rally car in the 1990s.

That might have been a blessing then but it has become almost a curse as Subaru tries to move towards being known for SUVs and off-road vehicles.

Which brings us to this new Impreza, which isn’t an off-road vehicle but is four-wheel drive – a very different non-beast to the turbocharged performance saloons that used to wear the badge.

The new car is a mainstream hatchback to rival the likes of the Mazda 3, Honda Civic and Toyota Auris, though the Subaru stands out as being four-wheel drive only, offering extra security and sure-footedness compared to its front-driven rivals.

That’s possibly its only stand-out feature.


While a lot more pleasantly styled than its predecessor, which was notable only for being as bland as car design could get, the new model has a degree of anonymity that comes with looking like a combination of others, such as the Vauxhall Astra and Mazda 3.

It’s far from ugly – the rear in particular is quite nicely done – but it’s all just rather generic.

Given Subaru is something of a niche player in the UK, the brand has sensibly kept the range as simple as possible.

There are two petrol engines to choose from, with no diesel, and each is available only with the Lineartronic CVT automatic gearbox, which is a downfall we’ll come on to shortly. 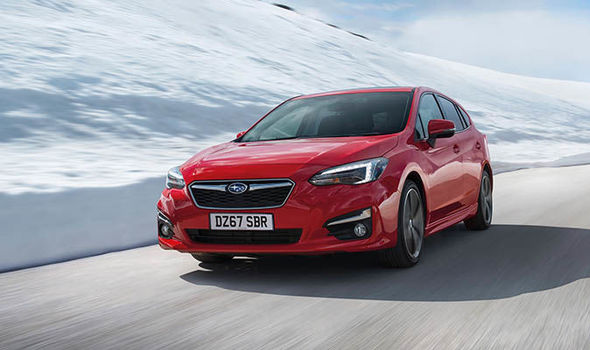 The more powerful 2.0-litre engine is priced at just £1,000 more and is definitely the better bet.

It’s only 1.3mpg or 7g/km less efficient but the 154bhp engine improves acceleration to 9.8 seconds and, at 127mph, offers a top speed a clear 15mph faster than its sibling.

The decision to go for the more powerful one is vindicated on the road.

That CVT auto gearbox ruins the car, no matter which engine is chosen, but at least the raucous engine noise of the 2.0-litre feels like it comes with forward movement.

Sluggish would be an incredibly sympathetic description of the 1.6. And that’s a shame. 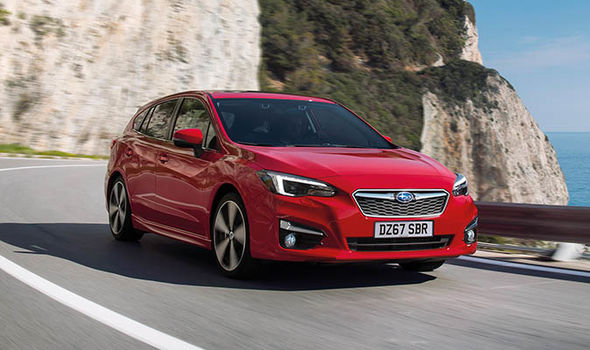 The Impreza doesn’t sparkle from the driver’s seat but, as with the styling, it’s very inoffensive.

The steering is quick to react, though a touch on the light side, and the car rides well while offering a surefooted feel that might be expected from a four-wheel drive.

Subaru is especially focused on safety and it’s clear that the engineers have been tasked with keeping blind-spots to a minimum.

The front pillar is noticeably thinner than rivals, aiding visibility on roundabouts in particular, and the safety focus extends to Eyesight safety technology fitted as standard.

Subaru is keen to be seen on a par with Volvo for safety, and a four-year Japanese study claims its six safety systems have helped cut accidents involving its cars by 61 per cent. 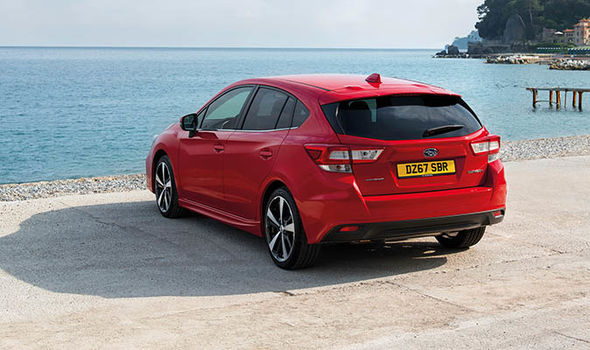 The 1.6-litre model has a 112bhp engine that comes with average fuel economy of 44.1mpg

The Eyesight package includes adaptive cruise control that adjusts the car’s speed to that of the vehicle ahead, pre-collision braking that warns the driver of an impending accident and applies the brakes to avoid or mitigate the impact.

There’s also a pre-collision throttle management system that knows if the car is parked facing an obstacle and warns the driver or cuts the engine if they accidentally engage drive rather than reverse.

The cabin is also a big step up. Cheaper plastics have been the staple diet even recently but this is well put-together, although some of the materials aren’t quite as nice as they look: what appears to be soft-touch leather turned out to be hard rubber.

Sat nav isn’t available on the new car, though Apple CarPlay and Android Auto are fitted as standard, so Subaru expects drivers to be fine with using their phone and data linked to the car, and an 8-inch touchscreen, keyless entry, 17-inch alloys, privacy glass and dual-zone climate control are all included in a pretty impressive standard kit list.

The only option available is £550 metallic paint for anyone not wanting the car in its standard white. 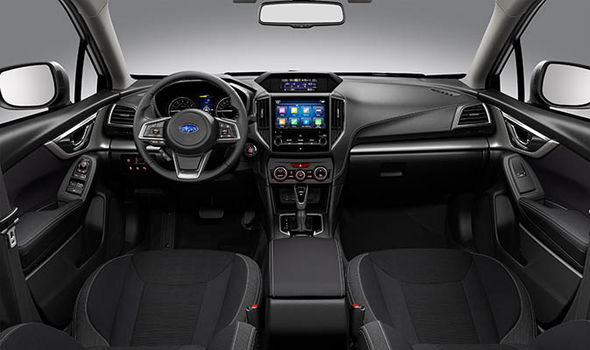 The 385-litre boot is shallow, but is in line with the class average for space

Rear space is fine for slotting one adult behind another, and the 385-litre boot is shallow but in line with the class average for space.

Subaru admits its clientele is likely to be older and prioritising capability, safety and resilience.

This highlights the brand’s reliable reputation: it claims 99.3 per cent of its cars are still on the road after 10 years.

Whether the clientele will be put off by the noisy, sluggish and fairly inefficient powertrain is open to debate.

But this is a dependable car that, while not as cheap as front-wheel drive rivals, offers that security in wet conditions that some will find attractive. Especially when backed up by the excellent safety systems.