Slack is reportedly raising another huge $500M round of funding

Slack is in the midst of raising another $500 million in financing at what could be a $5 billion valuation — money it will likely critically need as it goes after major corporate clients and construct a functional business — according to a report by Recode.

Slack also got some interest with a $9 billion price tag from Amazon, according to a report from Bloomberg last night. All this means that Slack’s valuation continues to rise amid the hype in Silicon Valley, but it could also benefit greatly from additional resources in the form of a larger organization or a fresh round of financing. Going after larger enterprise customers, which have locked in existing (if inferior) tools, while sticking to its design ethos will be an expensive process.

Slack is a darling in the Valley that has snapped up the hearts and minds of startups throughout the Bay Area and abroad. The company focuses on a dead-simple chat interface that’s designed to help large teams communicate around projects. That may even be emphasized in the seeming trickle of major updates that come out of the company, such as threaded messages in January this year. (Threads had been in development for more than a year.)

But being allergic to those major changes that larger companies might demand — which could end up feature-creeping the otherwise simple service to oblivion — can also potentially slow down its growth amid those markets, as it seemed in October last year. The company says it has 5 million daily active users and 1.5 million paying customers, which would still be an enviable number for many enterprise startups. Recode reports that the company currently has $1 billion in revenue but is not profitable yet.

Slack in May also released an update that helps users dig up who might have the right answer to a question, indicating that it’s looking for a way for users to find the fastest pathway to the information that they need. As teams get larger and larger — and rooms get more cluttered — Slack has to roll out tools that can cut through that chatter and be even more useful than its larger competitors. All these larger companies may also be primed to release a competitor to Slack, which could see the same fate as Facebook rapidly copying Snap’s features and kneecapping its growth.

The company earlier this year took direct aim at enterprise clients with the launch of enterprise grid (another one in the works for more than a year) as it tries to build a pitch for larger companies. In May, it added screen sharing, and seems to be incrementally putting the pieces together to attract those larger corporations in what may be a race to get ahead of releases from its largest competitors.

Slack last raised $200 million at a $3.8 billion valuation in April last year. With the new financing, Slack may also be benefiting from a healthier environment in public markets (minus the past week or so), which could help prop up interest in it as both a hyped growth company and a collaboration software-as-a-service company. Slack’s challenge with additional financing will be to juice its growth, not only as a better product than the ones that large corporations that already have but one that has the slick branding that it needs to woo them away from their existing products like Microsoft.

A representative from Slack did not respond to a request for comment.

Previous Talking with Alda Leu Dennis, the newest partner at Initialized Capital
Next The Juiced Board is a valiant attempt at securing the budget electric skateboard market 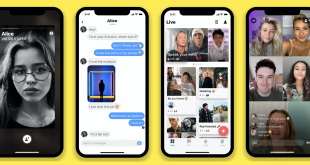