ASX-listed nanosatellite company Sky and Space Global informed the stock market on Tuesday afternoon that it had entered voluntary administration the previous day.

In an announcement from accountancy firm Hall Chadwick, the administrators said a meeting with the company’s creditors would be held within eight days from Monday.

At the end of January, the company told the ASX that the ￡1.43 million it had received as an R&D tax rebate would provide working capital for the company and that it had a cash balance of AU$1.8 million following an entitlement offer that raised AU$1.6 million.

“We would like to thank shareholders for their continued support, some of whom have been with us since we first listed in 2016,” CEO Meir Moalem said in January.

“We are excited by the pipeline of commercial opportunities and potential customers that await us in the year ahead.”

Last month though, after repeated attempts, the company failed to raise AU$10.9 million under a separate offer, only getting AU$1.17 million of entitlements accepted.

As of January 10, the company had a market cap of AU$70 million and had raised AU$47 million.

The company expected to launch its first batch of nanosatellites in the first quarter of 2021, with commercial services to begin in the next quarter.

Former iiNet chief Michael Malone was on the board of the company between November 2018 and April 2019.

In its annual report to 30 June 2019, the company said it had around 50 staff, had no revenue, and posted a comprehensive loss of AU$30.4 million after-tax.

“The financial statements have not been prepared on a going concern basis due to the lack of certainty in the ability of the company to raise A$15.8m through an entitlement offer and placement offer, as announced by the Company after the year end,” the annual report said.

An auditor’s report by KPMG at the end of the annual report said the financial statement was not a true and fair reflection of the company’s performance due to the omission of an AU$118 million onerous contract.

“Had the group accounted for this provision … an expense would be recorded in the consolidated statement of profit or loss and other comprehensive income for approximately AU$118 million with the recognition of a current liability for the same amount,” KPMG said

“This would have the effect of increasing the operating loss and decreasing shareholders’ equity by AU$118 million, and current and total liabilities would increase by AU$118 million. This matter results in further misstatements in the notes to the financial report as a result of the group referring to the incorrect annual result, such as in the tax expense reconciliation.”

When asked by the ASX to explain, Moalem said the company disagreed with this view.

“The AU$118 million of potential onerous contract provisions relate to possible contract termination costs for the completion of the design, engineering, construction and supply of the 6U and Pearl nanosatellites by GomSpace and launches of nanosatellites by Virgin Orbit,” he said.

“The company is in communication with Virgin Orbit regarding adjusting the terms of the agreement given Virgin Orbit’s delayed initiation of its commercial launch services and the company’s ongoing financial progress.”

In August 2017, the company said it had completed testing three nanosatellites. A year prior, it said it intended to have 200 nanosatellites launched by Virgin Galatic from 2018.

Sky and Space entered the ASX in May 2016 through a reverse takeover of Burleson Energy.

Earlier on Tuesday, fellow Internet of Things-focused satellite company Myriota raised AU$28 million in a Series B funding round. 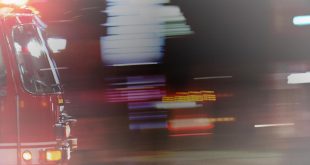