Samsung and Australia’s three carriers — Telstra, Optus, and Vodafone Australia — have unveiled their Galaxy Note 9 pricing alongside pre-orders from August 10 ahead of launch on August 24.

The Galaxy Note 9 costs AU$1,499 outright from Samsung for both models if pre-ordering the handset, after which the 512GB version will be priced at AU$1,799.

Including handset repayments, the minimum spend per month for the new handsets on each telco are:

If you make your choices based on the highest possible data inclusions:

Under its new simplified plans, unveiled last month as part of the Telstra2022 strategy, the Galaxy handsets are available at the following price points from Telstra:

Telstra is also throwing in a Samsung Tab A 8.0 — as well as an automatic upgrade to the 512GB device — for any customers pre-ordering the Samsung Galaxy Note 9.

The top-end plans also include Peace of Mind data and one 12-month Foxtel Now starter pack, along with international roaming data and calls to various destinations.

Optus is offering the 512GB model for the same pricing as the 128GB model until August 23, with the phones costing:

Optus also pointed to its content holdings of the English Premier League and UEFA Champions League, along with National Geographic; data-free streaming of Spotify, Google Play Music, and iHeartRadio; and AU$5 per month data streaming across Netflix, Stan, and ABC iView.

As of June 30, Optus had 10.2 million mobile customers across Australia.

Vodafone, which is currently sitting at 6 million mobile customers including Kogan and Lebara subs, is offering the 512GB model at the same pricing as the 128GB model until August 23, with the phones costing the following:

Vodafone last month also launched its mobile Pass add-ons that allow for unlimited non-metered use of a selection of sites at 1.5Mbps.

At an additional AU$15 per month cost, Vodafone users can endlessly stream from Netflix, Amazon Prime, and Stan; for AU$10 each month, users can stream music from Amazon Music, Spotify, Tidal, Deezer, and SoundCloud; endless data from Facebook, Instagram, Twitter, and Pinterst can be purchased for AU$10 a month; and the text elements of Facebook Messenger and WhatsApp, along with text and call parts of Viber, can be used at 1.5Mbps for AU$5 a month.

Samsung’s new Galaxy Note 9 focuses on functionality for the business professional and works with the updated DeX system.

Samsung held an “Unpacked” press event on Aug. 9, 2018 to unveil its next-generation Galaxy Note smartphone. Here’s how you can still watch that event online.

See how Samsung’s latest smartphone, the Galaxy Note 9, compares to its stablemate, the Galaxy S9+, and two other premium Android devices, the OnePlus 6 and Huawei P20 Pro, spec by spec.

Samsung Galaxy Note 9: Everything you need to know about Samsung’s latest phone

Companies are increasingly dependent on mobile platforms to power their business operations and to enable a productive workforce – and that means hiring top-notch developers to build the apps they need. 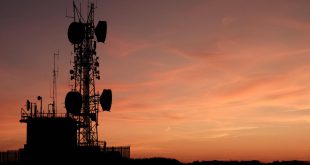