Report: Cloud companies are paying for a growing share of internet infrastructure

The report also comes amid the start of a new phase of the net neutrality debate, giving OSPs like Google — which commissioned the report — renewed reason to show they’re doing their part to shoulder the cost of the growing “datasphere.”

Since 2014, OSPs have invested more than $300 billion in internet infrastructure, according to the report, produced by consulting firm Analysys Mason. This amounts to $75 billion per year — more than double the average annual investment of OSPs made from 2011 to 2013.

While growing, this OSP investment only amounts to about 10 percent of the capital investments made by all of the world’s telecoms operators combined. Still, that’s up from about 5 percent from 2011 through 2013, according to Analysys Mason’s previous report. OSP infrastructure investments have grown over 20 percent per year since 2012, while the level of investment by telecoms operators has remained relatively flat over the same period, according to Analysys Mason’s research.

This changing dynamic is important, Google says, as governments consider new rules to regulate the flow of information. In the US, OSPs like Google want lawmakers to restore the Obama-era net neutrality regulations requiring Internet Service Providers (ISPs) to treat all internet content equally. ISPs, meanwhile, have argued that they’re bearing the brunt of the cost as content travels over their networks, and that they shouldn’t be burdened with the additional rules.

“When online service providers are spending several hundred billion dollars to invest in infrastructure across the board, it blows the argument out of the water that some of the ISPs have made about OSPs getting a free ride on their infrastructure,” Sanders said.

The overwhelming majority of OSP investment (more than 90 percent) has been in hosting infrastructure such as hyperscale datacenters. But OSP investments in the networking infrastructure needed to transport and deliver content isn’t insignificant. This report found that by 2020, there will be 22 unique cables with OSP ownership stakes. By comparison, in 2014, Analysys Mason found just two.

The largest investments have come from US-based companies, and so far, around half of the world’s hyperscale facilities are based in North America.

In the Asia-Pacific region, US-based OSPs have typically relied on colocation facilities for most of their capacity. However, direct investment there is growing. Google has operated data centers in Taiwan and Singapore since 2013.

Aside from hosting infrastructure, OSPs are also investing in transport systems. This category only accounts for about 5 percent of total OSP infrastructure spending from 2014 through 2017 — and the vast majority is indirect spending on leases or indefeasible rights of use. At the same time, there are multiple high-profile projects showing how large OSPs are compelled to finance geographically diverse routes and resilient networks.

Microsoft and Facebook in September 2017 completed the Marea Project, a 160 Tbps cable across the Atlantic. Amazon is making its first cable investments as a consortium member in the upcoming “Jupiter” and “Bay to Bay Express” cables, two trans-Pacific systems due online in 2020. Google, meanwhile, is building two private subsea cables, independently of other carriers that would usually make up a consortium.

As OSPs increase their investment in internet infrastructure, they’re also changing their business models and the ways customers pay for access. In 2017, Google became the first major public cloud vendor to offer two different tiers of network services to Google Cloud Platform (GCP) customers. The Premium Tier option uses Google’s global network, while the Standard Tier is cheaper because it relies on ISP networks. Meanwhile, just a couple of weeks ago at the Amazon re:Invent conference, Amazon rolled out AWS Global Accelerator, which routes customer traffic through the AWS global network instead of the public internet.

While this trend illustrates how OSPs can monetize their internet infrastructure, Sanders told ZDNet that it’s “almost a foregone conclusion” that OSPs like Google can recoup their investments in infrastructure, given the portion of enterprises that have yet to move to the cloud. Google’s investments are for “the customers we have now and will have tomorrow,” he said.

Finally, the new Analysys Mason report shows that 3 percent of internet infrastructure spending has been on delivery. OSPs have spent a relatively small amount in this area, since equipment at the edge of networks tends to be less capital-intensive. Still, peering arrangements and local caching can help an OSP scale their services while keeping costs down. Since the last Analysys Mason report in 2014, OSPs have more than doubled CDN investment, with direct investment accounting for a larger share. 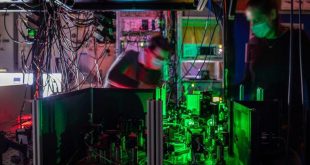