PUBG soft-launches on mobile in Canada with Android release

Player Unknown’s Battlegrounds, the ‘battle royale’ style game where everyone tries to be the last player standing while scrounging for supplies to keep them alive, has launched on Android in Canada MobileSyrup reports, which could presage a future release in the U.S.

The arrival of the mobile version of the game more generally known as PUBG coincides with it reaching the 5 million player milestone on Xbox, where it’s been available since late last year after debuting on the PC in early access earlier in 2017. It’s not cross-play compatible, unlike Fortnite, however, so if you’re playing the Android version you’ll be matched up against others with the app, which is published by Chinese Internet giant Tencent.

This Android port wasn’t developed by original PUBG studio Bluehole, but they say they oversaw the creation of this mobile version. Based on early testing with a Pixel 2 XL, it looks and feels a lot like the original.

PUBG doesn’t have quite the hype of Fortnite right now, since that’s begun a cross-platform play mobile beta and also Drake just played a session with one of the most popular professional esports players in the world. But a mobile version close at hand (and available now, if you’re Canadian) is reason to get excited.

Previous Volley’s voice games for smart speakers have amassed over half a million monthly users
Next The future of IT: Snapshot of a modern multi-cloud data center 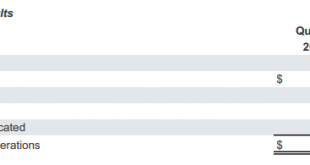 One year later, Clubhouse is finally out of beta. The company announced Wednesday that it ...