Perlego raises $9M Series A for its textbook subscription service

Perlego, the textbook subscription service, has raised $9 million in Series A funding.

Backing the round is Charlie Songhurst, Dedicated VC, and Thomas Leysen (Chairman of Mediahuis and Umicore). Perlego’s existing investors including ADV, Simon Franks and Alex Chesterman also reinvested on a pro-rata basis.

London-based Perlego says the additional funding will be used to develop the next generation of Perlego’s “smarter learning platform,” including adding new features that simplify and enhance the learning experience, as well as content libraries in non-English languages to enable further expansion to “strategic” European markets beyond its U.K. roots.

Pitched as akin to a “Spotify for textbooks,” Perlego enables students, and also professionals, who now make up 30% of users, to access textbooks on a subscription basis.

It houses over 300,000 eBooks, from over 2,300 publishers, and the service is cross-device — via the web and iOS and Android apps — and available in multiple languages. Along with U.K. publishers, Perlego now also includes content from key publishers in Germany, the Nordics and Italy.

For the students, the draw is obvious: text books are increasingly expensive to purchase, and public libraries are under resourced. In the U.K., Perlego gives readers access to its entire digital library for £12 per month. As long as the needed text books are available on the service, that is infinitely more affordable.

For publishers, Perlego claims to offer a distribution method that stems revenue losses caused by piracy and the buoyant used text book market — hence the comparison to Spotify’s positioning.

Publishers such as Pearson, Wiley and Sage are already on board, Perlego says it is seeing a 116% increase in new subscribers month-on-month, though it isn’t breaking out subscriber numbers.

Previous Cyber Monday 2019: Best Office Depot and OfficeMax deals
Next HEX 4-in-1 case for the Apple iPhone 11 Pro: Folio, wallet, case alone modes are up to you 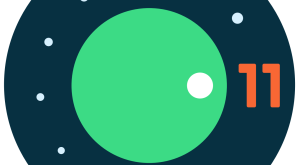 How companies are working around Apple’s ban on vaping apps

Google’s Gboard introduces Emoji Kitchen, a tool to mash up emojis to use as stickers 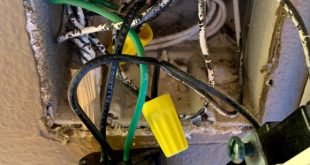 Controlling your smart home gadgets from your phone or by voice isn’t exactly a chore, ...