Optus CEO Allen Lew has announced that the telco will be sharing its streaming duties of the FIFA World Cup with public broadcaster SBS until the end of the group stages.

The revelation came two days after the chief executive had said it would be sharing streaming with SBS for 48 hours while it repaired the issues.

“Since Monday, we have continued to improve the product, and Optus has delivered the last six matches without any issue. We have the confidence we needed to reassure the Australian public that we’ve got this and that our effort have worked,” Lew told media on Wednesday afternoon.

“However confident we are, we have listened to the feedback of Australian soccer fans … effective tonight, all Australians will have choice.”

In the original sub-licence deal with Optus, SBS retained shared broadcast rights for the semi-finals, third place playoff, and final.

Lew explained to ZDNet that the problem had been in the content-delivery network.

“We found that on Sunday night, the issue that we had was compounded by a failure in the critical part of our content-delivery network, and that made the experience for a large number of Australians worse than it was the previous night,” Lew told ZDNet.

“So I think we’ve learned from that, and we’ve made sure that our network is a lot more resilient and able to handle failure in different parts in our content-delivery network.”

He also said streaming the World Cup is incomparable to Telstra’s AFL and NRL streams, which reach millions of people every week.

“At the end of the day, the World Cup gets a large number of viewership that’s significantly higher than a season-long league competition,” Lew told ZDNet.

The company also said it is making Optus Sport free until the end of August, which covers the entire World Cup, and opening three rounds of the EPL.

“We are confident in our capabilities and are ready to back our product. We want Australians to be able to experience the content we have on offer,” Lew added.

Optus’ decision came after the telco faced a barrage of criticism for its World Cup coverage thus far, with Lew apologising to Australians over the weekend.

“We should have done better, we can do better, and we will do better,” Lew said on Twitter.

Australian Prime Minister Malcolm Turnbull also got involved, saying he had spoken to Lew about the matter.

“I have spoken with the Optus CEO, Allen Lew. He assures me he is giving the World Cup streaming problems his personal attention and he believes it will be fixed this evening,” Turnbull tweeted on Monday.

Optus hands World Cup streaming back to SBS for 48 hours

The World Cup sub-licensee is busy bailing water, and has handed responsibility back to the public broadcaster.

The Singtel-owned Australian telco says it ‘knows’ the majority of customers are having a good experience.

Optus will be cutting 400 roles as part of its strategy to become a digital services company that provides premium content and ‘game-changing experiences’.

Optus is seeking to establish what losses it has incurred from Australia’s incumbent telco running its ‘unlimited’ advertising campaign.

Optus has been forced by the Federal Court to pay AU$1.5 million in penalties after misleading its customers about switching over to NBN’s HFC network.

Previous PUBG juggernaut hits 400 million users, and for a limited time, players can get the PC version for $19.99
Next Mobile website creator Universe nabs $4 million Series A 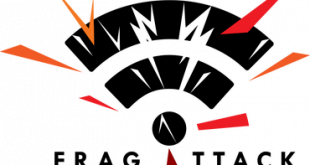 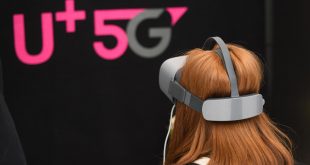