Nomad Base Station Apple Watch Edition: As close to Apple AirPower as you'll get

Then I found the $140 Nomad Base Station Apple Watch Edition, and the single leather pad along with a dedicated charging stand for the Apple Watch looked like something that could almost pull off what AirPower promised (lacking fancy software tricks, of course).

For the past few weeks, I’ve been using the Nomad’s AirPower alternative to charge an iPhone XS Max, AirPods, and Apple Watch Series 4 with cellular and I don’t see myself ever changing.

The Nomad Base Station has a minimal design, with a single power port on the rear, a thin metal base, and a leather pad that sits above the three Qi-compatible charging coils inside the stand. An Apple Watch charger in the back-left corner places your watch upright, so you can tap on your desk or nightstand to use the Apple Watch’s Nightstand mode to check the time and current charge level of your watch.

On the front of the base are three indicator lights; one for each coil. An amber light indicates that a device is charging on that coil, while a white light means charging is complete.

Inside the box is the stand, a power adapter, and international connectors for various plug styles. There’s also a diagram inside the box that shows you where the charging coils are found, and the two different approaches you can take to charge your devices. If I had to nitpick anything about the design, it’s that the power adapter is fairly big. But when you take the fact that three coils and an Apple Watch charger are powered by a single supply, it makes sense.

The first night I used the Nomad Base Station I thought I had aligned my phone with the pad on the right, only to wake to a phone in the morning that was almost dead. I think I bumped into my dresser and caused it to move out of alignment. However, the next night I placed my iPhone in the same orientation and awoke to a fully charged iPhone.

Each one of the coils inside the stand is 7.5W, which is the maximum speed at which current generation iPhones can wirelessly charge. Unlike similar products that reduce charging speed when multiple devices are charging at the same time, both coils remain at 7.5W in the Nomad Base Station Apple Watch.

Outside of my own negligence, I have yet to experience any issues with my iPhone vibrating itself off the charging pad or even slightly misaligning itself to stop charging.

Initially, I had to double check myself when placing the AirPods case on the pad, however, ensuring that it’s lined up with a coil. Now that I’ve learned the general area, I put very little thought into placing all of my devices on the base station. The addition of the indicator lights in the bottom stand itself, which almost instantly light up when a device is detected, is a nice reassurance that everything is lined up, though.

On the back of the stand, next to the power port, is an ambient light sensor that detects when the indicator lights need to be bright or dim. It’s a subtle feature, but one that keeps the light low enough that it won’t light up your room at night while you try to sleep. I barely noticed the indicator lights from across the room at night, and that’s just the way it should be.

More like an AirPower alternative. AirPower’s promise was the ability to place a device on the pad and not have to worry about coils and lining things up. No matter where you placed it, and no matter where it ended up even after a bump, as long as it’s on the pad, it would charge.

Apple wasn’t able to deliver on that promise, so we’re left with having to worry about coils. And the majority of the time, that’s a non-issue with the Nomad Base Station. I learned where to line up my iPhone and a repeatable area on the pad for the AirPods case after a couple of days.

The biggest drawback is that Nomad can’t seem to make enough of these right now. When I first reached out to Nomad about a potential review, they were out of stock. As soon as that stock came in, it was gone. As of this review, the company expects to have more in stock on June 20. If you’re keen to get one, I’d order one now on back order and wait for more stock to arrive. 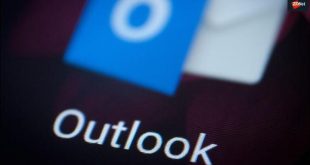 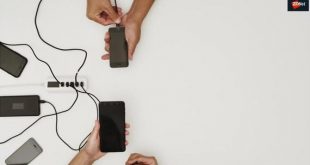 iPhone tip: Turn off this iOS setting when you are in a hurry 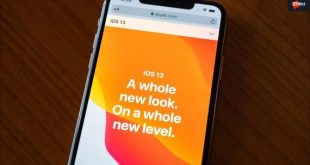 Have an Apple Card? Use it to buy your next iPhone interest-free

Bulletproof your latest iOS update following these steps If you are the type that is ...