In news that will excite every Nintendo fan on the planet, the Japanese gaming giant just announced that it will bring its hugely popular Mario Kart series to mobile.

Nintendo teased the upcoming development of ‘Mario Kart Tour’ which it said will be released sometime before March 2019. A long wait, indeed, and for now we have no additional details. But, for most enthusiasts, this confirmation alone is hugely exciting news.

The checkered flag has been raised and the finish line is near. A new mobile application is now in development: Mario Kart Tour! #MarioKartTour Releasing in the fiscal year ending in March 2019. pic.twitter.com/8GIyR7ZM4z

Mario Kart has been one of the most recognizable IPs in Nintendo’s history, and it continues to sell well today. Yesterday, Nintendo revealed that Mario Kart 8 Deluxe has sold more than 7.3 million copies for Switch since its release last April. That means it is on around half of 14.8 million Switch units that Nintendo has sold to date.

Nintendo announced its move to finally develop smartphone games in 2015. To date, it has released Super Mario Run, Fire Emblem Heroes and Animal Crossing: Pocket Camp. Miitomo, the social app that was its first release on mobile, didn’t hold its popular and will close down in May.

Mario Kart is the only much-loved franchise that’ll be hitting smartphones, sources told the Wall Street Journal last year that a Legend Of Zelda release is in development, but Nintendo hasn’t confirmed that.

Previous DroneGun Tactical is a portable (but still illegal) drone scrambler
Next Ultra-fast FTTP broadband is coming: But will your town get it? 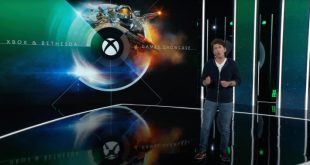 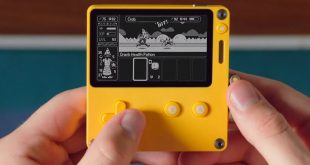