The New Zealand Commerce Commission (ComCom) has released the December edition of its Measuring Broadband NZ report, which shows the nation’s Fibre 100 plans are hitting advertised speeds 99% of the time.

“While Fibre Max plans are achieving fast download speeds, we are concerned that they are only delivering 72% of providers’ advertised speeds. We caution providers to ensure they can back up their speed claims and will be monitoring this closely in future reports.”

In its advice, the Commission said Fibre Max plans are “unlikely to provide a noticeable difference over Fibre 100” unless half a dozen people are simultaneously streaming video. However, it also noted that when accessing overseas content on Fibre 100 plans, multi-user households could see a performance reduction.

Fibre Max plans, which deliver 1Gbps at layer 2, have been advertised to New Zealanders as delivering speeds ranging between 900Mbps and 950Mbps, depending on retailer. New Zealand has sensibly avoided the sort of brain worm thinking that has resulted in Australia’s broadband wholesaler, NBN, choosing to over-allocate its plans to cater for TCP/IP headers.

The regulator said the interconnect issue that hampered the previous edition of the report has been rectified.

In typical Kiwi fashion, the report included measurements conducted during the Rugby World Cup, in which New Zealand failed to defend its title, and found little impact of streaming the matches on the nation’s network. Using Netflix during the All Blacks versus South Africa match was the only significant blip, and resulted in connection performing at 97% as well as usual.

ComCom said it would like people in Christchurch, Hamilton, and all rural areas across New Zealand to sign up to provide a wider range of data.

Compared to the steady numbers in New Zealand, the Australian broadband market continues to resemble a continent-sized bin fire.

The equivalent Australian Competition and Consumer Commission reported in November that only three ISPs were able to increase the bandwidth percentage delivered during busy periods in its latest broadband speed-monitoring installment.

Kiwi telcos to get access around two years’ worth of spectrum before longer-term access begins in November 2022.

Fibre providers in New Zealand will need to disclose profits, quality of service, and expenditure from 2022.

Australia is one of 15 Indo-Pacific countries committed to signing the Regional Comprehensive Economic Partnership (RCEP) agreement next year.

Businesses in the pilot group will receive automated calls from Google ahead of New Zealand’s Labour Day public holiday. 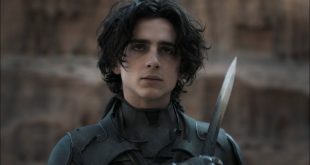 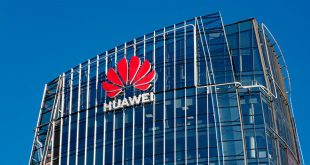