The National Broadband Network (NBN) has gone back on its claims that its extension until the end of September to its 40% capacity boost at no charge for retailers would be the last.

On Friday, the company said it was extending its offer for a further 10 weeks, taking it up to the end of November.

As with all other extensions, the company is also extending its 45GB boost for satellite users to November 30.

The company is also extending its education assistance offer to waive its AU$37 monthly wholesale charge for unconnected low-income households that need connectivity for online schooling until 15 January 2021. NBN said it is also broadening its first timer discount, dubbed illuminate, to include education assistance users for a year after January 15.

“Illuminate provides retailers a 50% discount on the effective wholesale charge of most NBN speed tiers for premises that have not connected to the network and have passed 18 months since their premises was able to connect, or have disconnected after having an active service and have been inactive for more than six months,” it said.

“Under the illuminate offer, internet providers will have access to a 50% discount on the wholesale price of most fixed line and fixed wireless bundles for a period of 12 months.”

NBN said the extension arrived after receiving feedback from retailers over recent weeks.

“We also recognise that many Australian households are under financial pressure, particularly low-income households. Therefore, we are concentrating our efforts to help lower-income households continue to have access to affordable broadband services,” NBN chief customer officer Brad Whitcomb said.

“To date, NBN Co has invested heavily to support the industry through various measures such as the wholesale pricing and inclusion changes over the past nine months and we have maintained the offer of additional capacity for seven months to help internet providers adjust to changes in demand.”

Even though downstream throughput on its network is declining slightly in recent weeks, the levels reported by NBN during the third full week of August are between 22% to 36% higher than pre-COVID levels, upon which the 40% CVC boost is calculated from.

Over recent months, NBN has faced criticism for wanting to pull its CVC boost and return to regular pricing.

“NBN’s extra 40% CVC bandwidth to cope with peak demand during COVID certainly cushioned the impact, but once it’s gone, we don’t believe traffic levels will return to original forecasts,” Aussie Broadband managing director Phil Britt said in July. “Given that telcos pay overage for CVC usage above the amount bundled into their NBN wholesale products, this puts them in a difficult situation.

“They will either need to raise retail prices to keep the service levels the same in peak time speeds, or lower peak time speeds to maintain at least some level of margin — which is almost non-existent as is.”

In its most recent set of results, NBN CEO Stephen Rue said Australia had undergone a seismic shift in relation to shifting to digital during the pandemic.

“COVID has induced changes over the last 6 months that would otherwise have taken years to play out. It’s changed not just where we work, but how we work: how we collaborate; how we innovate, and who we work with,” he said in August.

“The information superhighways made possible by NBN have never been more critical to our way of life.”

For its 2020 fiscal year, NBN reported revenue was up by 36% to AU$3.8 billion while operating expenses were down 7% to AU$2.07 billion. Payments to Telstra and Optus increased by 27% to AU$2.4 billion for the full year, leaving NBN with an earnings before interest, tax, depreciation, and amortisation loss of AU$648 million. 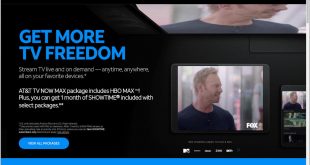 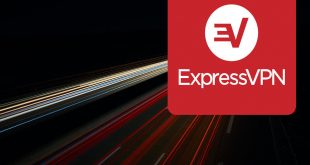 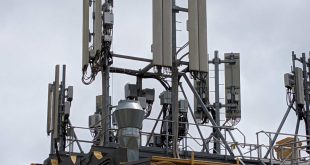 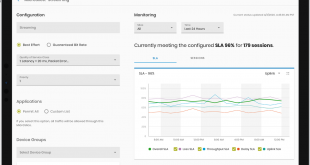 Celona, a startup, is launching technology that will make it easier for enterprises to deploy ...