The growth in the solid-state storage market has followed the usual path of progress for new technologies — high prices and limited specs of the first products increasingly give way to more and more for less and less as companies gain manufacturing efficiencies and demand leads to lower prices. A 128GB SSD that once costs hundreds of dollars can now be purchased for $50.

But that progress has hit a roadblock, as SSDs have become a victim of their own success. According to a new report by DRAMeXchange, a crimp in the supply of NAND flash — the drives’ storage medium — is expected to make SSDs more expensive over the first half of 2017. That shortage is based in part on the transition from 2D NAND to 3D NAND, with the result being a price increase of 12-16 percent this quarter for multi-level cell (MLC) SSDs and 10-16 percent for triple-level cell (TLC) drives.

In particular, this price increase is being passed along to PC manufacturers, who have been ramping up SSD installations for laptops due to consumer preference. DRAMeXchange says currently about a third of notebooks come with SSDs installed, with that percentage expected to rise to about 45 percent in 2017.

Since manufacturers will continue to place SSDs in their laptops despite the price spike, something has to give. According to the report, mainstream portables will continue to rely on 128GB and 256GB drives rather than bump up capacity as normal trends would suggest.

Finally, DRAMeXchange says that TLC drives — using either 2D or 3D NAND — will gain the lion’s share of the SSD market, as the scarcer, more expensive MLC flash will be put toward higher-end SSDs. Though PCIe interface compatibility is becoming increasingly popular, the vast majority (75 percent) of SSDs installed in PCs this year will rely on the slower SATA III interface. 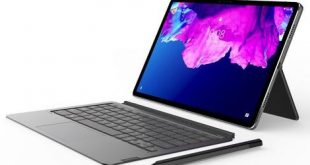