When Google announced that Project Fi was becoming Google Fi, along with the addition of official iPhone support, I was intrigued.

I had used Project Fi in the past, pausing and resuming service when I needed a second line. The flexibility of Google’s service was something I appreciated and took full advantage of.

Getting the Google Fi SIM card

When the news broke, I ordered a SIM card, in anticipation of using it in an iPhone XR. The next day, I received a tracking number that showed the SIM was due for delivery a couple of days later.

Then, the tracking number quit updating, and after another day or two, it became apparent FedEx lost the package. I used Google Fi’s chat support feature to see what my options were. After being told I would have a SIM card overnighted to me, I was then told I would have to pay $16 for expedited shipping. The lost delivery wasn’t Google’s fault, nor mine, but I wasn’t going to pay for expedited shipping; it wasn’t even my idea to have it shipped overnight.

The customer service representative eventually told me I would have to open a support ticket in order to have the company attempt to track down the package with FedEx. I agreed to have the ticket opened, and I waited to hear back from Google. A few days later, on a Saturday, I heard back from support. The package was lost and couldn’t be recovered, and I would need to order another SIM card.

I asked if the offer to have a card overnighted for free was still available. The representative offered to apply a credit for the shipping fee to my Google Fi account after I activate service, which is a fair trade off, so I ordered the card and it showed up on Tuesday, nearly three weeks after I placed the original order.

I installed the Google Fi iOS app, signed into my Google account, and followed the prompts. Setting up Google Fi on the iPhone takes a little bit of work, because you have to enter the APN settings for Google Fi service. That process took only a couple of minutes, partly because I’m comfortable with such a task, and because Google’s instructions are easy to follow.

After restarting the iPhone XR, I received two text messages from Google Fi, providing me with my Google Fi phone number and welcoming me to the service.

What? I still don’t fully understand what that message is saying, and subsequent searches have resulted in more confusion, including suggestions that include completely resetting my personal phone and setting it up as brand new, which I’m not going to do, because it’s not an issue related to the phone I’m actually using to receive the message.

I decided to chat with Google Fi support and see if perhaps something is amiss on the backend and to verify the APN settings I had entered during the setup process. I opened the Google Fi app, selected the support tab, and tapped on Chat. I entered a brief description of my issue and tapped submit.

There were 247 people in the queue ahead of me, and it took over an hour before I received a message from my support agent. After messaging back and forth, I was told to make sure my Google Fi phone wasn’t connected to Wi-Fi when I want to send a picture message and to delete the Google Fi app, restart the phone, reinstall the app, and then go through the setup process again.

After doing all of that, I still can’t send picture messages to my personal iPhone. My wife’s iPhone displays the same message.

A while later, I received an email from the chat support representative, letting me know there is a messaging outage, which could be the reason I’m having issues, and that everything should be back to normal soon. As of this writing, my picture messaging isn’t working as it should, and I don’t know when it will.

Look, I get that there are often hiccups and issues when activating new service. I’ve sold many phones and dealt with numerous activation issues in my career. It happens!

But my experience thus far shows the biggest weakness of any wireless carrier that attempts to forgo retail locations and uses a direct-to-consumer approach instead: Customer service.

It took almost three weeks for me to get a SIM card due to a lost shipment. If I was waiting on, say, an AT&T SIM card, a 10-minute drive is all I would have needed to make.

When trying to troubleshoot my messaging woes, the chat process was cumbersome, with long pauses between me providing information and getting a reply from the representative. It was a two-and-a-half hour process from the time I first submitted my support chat request until I disconnected and deleted the app.

Google will, hopefully, get the messaging outage sorted and everything working as it should. But I don’t need this phone number. I signed up for service in order to test and share my experience, and right now, I can’t help but wonder how much patience someone (who is trying to save some money) would need to switch to Google Fi.

The new phones span the low-end and high-end. 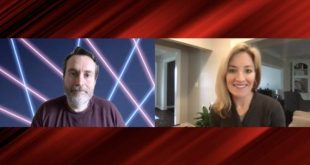 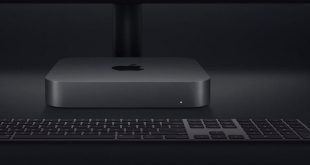 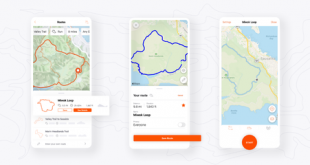 Explore your surroundings in isolation: Strava releases Routes feature for runners and bikers 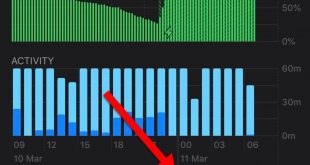 The other day I noticed something strange about my iPhone. I was taking screenshots of ...