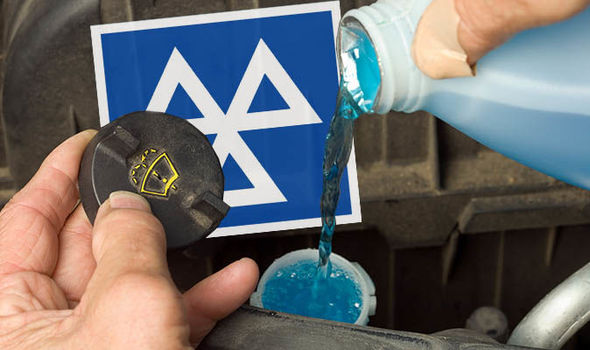 Drivers can fail the MOT for not having the correct level of windscreen washer fluid (Image: GETTY)

UK motorists have been warned about some of the most simple errors that they could be making that could cost them their licence.

There is a multitude of reasons you can fail your MOT test, ranging massively in severity from faulty brakes to blown bulbs.

Information on the DVLA website suggests that almost half of all MOT faults could be avoided.

Some of the other reasons for failure that include defective tyres and simple mirror issues, there are some minor issues that could easily be avoided.

There are also some fails that may seem a little unreasonable, including badly placed car stickers and dirty number plates.

Tim Alcock from LeaseCar.uk commented: “Taking your car for its annual MOT can be a source of anxiety for many.

“Most of us will have had to go through the motions of an MOT fail at some point and it can be disruptive, and extremely costly.

“We’ve researched and highlighted some of the silliest reasons cars might fail their MOT test in a bid to warn drivers and help them to prepare and prevent unnecessary re-tests.” 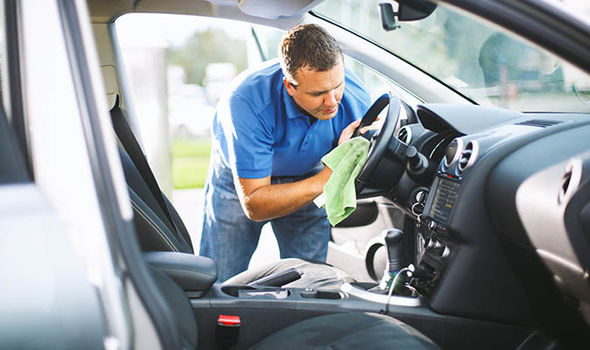 Drivers can also fail the test for having an excessively dirty car interior (Image: GETTY)

Here are some of the most simple car faults that could see you fail your MOT:

If you’ve got a car sticker on your windscreen that’s deemed to obscure your view in any way, this will result in an automatic fail.

Illegal fonts, dirty number plates and plates that are the wrong colour amount to a great deal of MOT fails.

It’s easy to forget about checking your washer fluid, particularly during the summer months when you’re less likely to use it, but this simple mistake results in hundreds of MOT fails each year.

Many garages have been known to simply refuse to MOT a vehicle on environmental health grounds. Cars that are full of fast food leftovers, cartons and cans of drinks often fit into this bracket, as well as drivers that have risked their own healthy by allowing mould to grow on the interior and windows.

Warning lights are pretty self-explanatory – they’re there to warn you of potential faults. Ignoring them – whether the fault itself is an MOT fail or not – will see you having to put your car through a re-test once they’ve been checked out.

Not only will a particularly dirty number plate result in an automatic fail, but leaving the entire body of your car excessively dirty will too. So think twice before trying to use the dirt to your advantage to try hide a bit of dodgy bodywork or rust that you don’t want the tester to see. 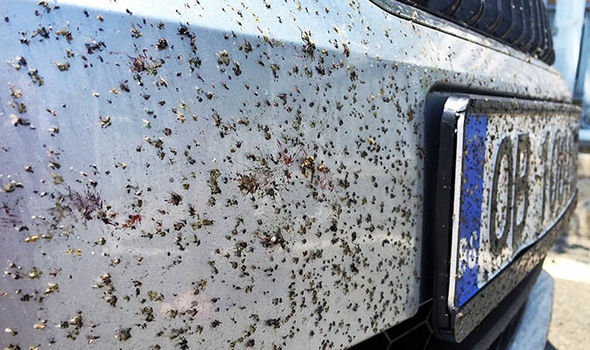 Driver must also not have a dirty number plate (Image: GETTY)

The new fault categories rate how severe an issue is with Major and Dangerous now resulting in an immediate failure.

Cars that land a Minor fault will still be able to pass the test but the fault will be noted down and will need to be addressed at the nearest convenience.

Major faults will need to be fixed immediately before they can be driven again but the driver can shop around to find the best deal.

Dangerous faults will need cars to be fixed immediately before it can be driven legally on the road again.

Diesel drivers will be among the motorists to be most affected by the rule changes. 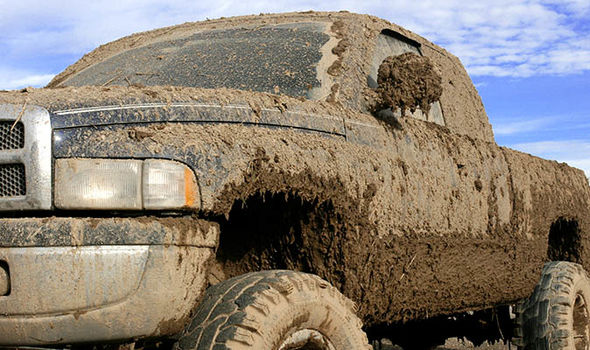 Drivers could also be penalised for having a dirty car (Image: GETTY)

Stricter emissions checks are being introduced to clampdown on the number of cars producing toxic emissions on the road.

The new rules apply to diesel vehicles which has a Diesel Particulate Filter (DPF) fitted.

If the car’s exhaust produces smoke of any colour then the car will immediately fail the test will need to be fixed before it is driven again.

In addition to this, the MOT tester is also now required to find out if the DPF has been tampered with or removed.

If the tester does see signs of this then they will have to refuse testing the car until a legitimate reason, such as cleaning, and proof is produced.

There will also be closer attention paid to steering systems, reversing lights and brake discs.

Motorists should make sure that:

Previous Instagram announces verification requests, transparency tools and stronger 2FA
Next LG is releasing an Android One handset with near flagship specs