The U.S. is leading the world in mobile gaming, accounting for 20 percent of all sessions played. That’s the word from a new industry report on the mobile gaming landscape, released this week from Flurry. That puts the U.S. ahead of markets including India, China, Brazil and Russia, it found. However, gaming sessions are dropping, even as the money to be made in games climbs, and the total time spent gaming remains largely unchanged.

According to the report, mobile gaming sessions are down 10 percent year-over-year. That’s even with the outsized hits like Pokémon Go gobbling up huge chunks of users’ time and attention.

This is not the first time Flurry has spotted a decline in gaming. In January, the firm reported it had seen a 4 percent drop in terms of the time spent in games (which is different from sessions, aka individual app launches). Meanwhile, messaging and social apps saw a 394 percent increase in time spent, Flurry had said.

It’s also the second year in a row that gaming sessions have fallen year-over-year. This signals, perhaps, the ephemeral nature of mobile games, and the industry’s reliance on addictive hits.

But it mainly speaks to specific declines in particular gaming categories. Three years ago, arcade, casual and brain games drove 55 percent of all sessions. In the time since, there have been substantial declines in both arcade and casual games, says Flurry. For example, arcade games accounted for 24 percent of all gaming sessions in 2014 – a figure that’s now decreased by 34 percent. And casual gaming sessions are down by 50 percent.

These two drops alone accounted for the overall downturn in gaming sessions, and no other gaming category stepped in to pick up the losses.

However, it’s not all bad news for mobile games. Though sessions may be down, the time spent in mobile games is largely unchanged – it’s up by 1 percent over last year. That means users are participating in fewer, but just slightly longer gaming sessions than in the past.

Flurry didn’t theorize why this could be, but it’s possible the Pokémon effect is one factor here, as is the fact that games themselves have matured. While there are still plenty of quickly played, disposable titles to be found, the App Store today also features beautifully made, more immersive games like Monument Valley 2, for example, which Apple itself even promoted during its WWDC event this month.

In the U.S., the average consumer is now spending 33 minutes per day in mobile games, with sessions that have increased to 7 minutes, 6 seconds this year, up from 6 minutes, 22 seconds in 2016. This is a big jump – sessions never exceeded 6 minutes in either 2014 or 2015.

The gaming industry has also grown more diverse over the years. Sessions today are spread out across a large number of app categories. For example, card and casino games now account for 15 percent of all sessions, up 22 percent since 2014. Board and strategy games grew 29 percent since last year, and sessions are up 80 percent since 2014. And racing games grew 26 percent year-over-year, increasing its game app session share to 2.1 percent in 2017.

The full report digs into other trends as well – like how tablets lead to longer average session times of 10 minutes, for instance, or when games tend to be played. Not surprisingly, mobile games on smartphones are popular during morning commutes, while tablets are more popular for on-the-couch gaming in evenings.

Gaming revenue is also still a bright spot. Flurry cited Sensor Tower’s recent report of a 53 percent year-over-year growth in revenue across iOS and Android, from $7.8 billion in Q1 2016 to $11.9 billion in Q1 2017, which it attributed to popular titles in Japan and China. In addition, download to revenue conversion is up 38 percent from January 2016 to January 2017, Sensor Tower had said.

That means the mobile gaming industry hold promise for developers looking to generate revenue. Meanwhile, future trends like VR or AR – the latter aided by Apple’s release of ARKit – could drive mobile gaming forward for years to come.

*Disclosure: Flurry is owned by Yahoo, which has been acquired by TechCrunch’s parent company, Verizon.

Previous The Baggizmo Wiseward is more than a wallet
Next iPhone challenger OnePlus 5 arrives. But will it trouble Apple's flagship? 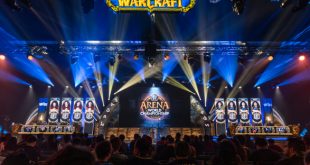 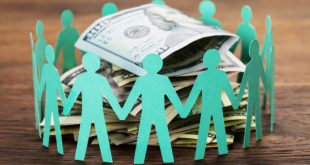 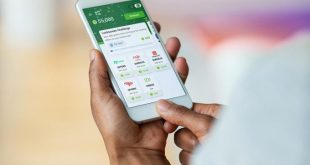 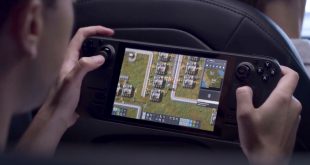