Microsoft has released the first developer preview of .NET 5, its next major release of the .NET family that’s set for general availability in November and allows developers to build native apps that support Windows 10, iOS, and Android devices.

The .NET 5 preview builds on .NET Core 3.0 and 3.1, which were released in the second half of 2019. According to Microsoft, .NET Core 3 has gained the fastest-ever adoption among developers and an additional one million users in the past year.

The release of .NET 5 is important because it further unifies .NET development across the desktop and mobile thanks to its integration of mobile-app building platform Xamarin.

SEE: How to build a successful developer career (free PDF)

Ahead of the final version of .NET 5, Microsoft has a clear message for developers: “.NET Core and then .NET 5 is the .NET you should build all your NEW applications with.”

“Having a version 5 that is higher than both .NET Core and .NET Framework also makes it clear that .NET 5 is the future of .NET, which is a single unified platform for building any type of application,” said Scott Hunter, director of program management at Microsoft .NET.

The first preview includes support for Windows Arm64 and the .NET Core runtime, while the second preview will include an SDK with ASP .NET Core but not WPF or Windows Forms, which should arrive in a subsequent preview.

The preview should allow developers to update existing projects by updating the target framework.

The main goals for .NET include providing a unified .NET SDK with a single Base Class Library (BCL) across all .NET 5 applications, with Xamarin moving to the .NET core BCL. Since Xamarin is integrated into .NET 5 the .NET SDK will support mobile.

Microsoft’s ongoing work on Blazor should also mean web application support across platforms, including browsers, on mobile devices and as a native desktop application for Windows 10 and Windows 10X.

In the future .NET 5 will also allow for high-performance cloud applications, better support for containers in the runtime, and support for HTTP3.

Hunter is urging developers to move all .NET Core applications to .NET Core 3.1 in anticipation of .NET 5’s release in November.

“We will make the transition from .NET Core 3.1 to .NET 5 as painless as possible,” he noted. 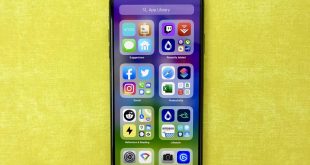 Apple One free with every iPhone? A services strategy to destroy Android 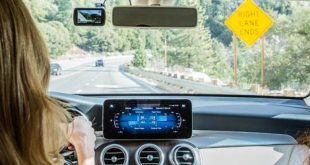