There has been no official announcement from Microsoft — at least so far — that this is the case. In fact, since Teams’ introduction last Fall, Microsoft officials have continued to try to make the case that Teams and Skype for Business serve different needs and audiences.

As one Skype for Business (and Office 365 E3) user, Stuart Graham, noted on Twitter on September 7, shortly after the message above appeared, it quickly vanished. So maybe Microsoft is just doing some A/B testing on names and branding.

According to a September 7 post on SharePointRelated.com, Office 365 Mail has an option that allows users to chat with their contacts using Skype for Business without leaving the browser. It’s that new option which may be triggering the message that Skype for Business is now Teams. So, perhaps this was a glitch…

Or maybe Microsoft just showed its hand ahead of an official announcement soon. I’ve asked Microsoft for comment; no word back so far.

As I blogged last month, Microsoft seems ready to try to clarify how Teams and Skype for Business fit together at its Ignite conference for IT pros, which runs from September 25 to 29.

Several Ignite sessions will be dedicated to clarifying the relationship between Microsoft Teams and Skype for Business, based on the conference’s session list. Currently, Microsoft calls its Slack competitor, Teams, “the chat-based workspace in Office 365.” The original name of Teams was “Skype Teams.”

There’s a lot of overlap in what Teams and the Skype for Business client offer, feature-wise, as this AvePoint blog post from earlier this year made clear.

Microsoft will be providing a roadmap at Ignite for the set of features formerly known as Cloud PBX — which will be called “Microsoft’s Phone System,” going forward. Microsoft also is renaming the PSTN Calling features in Skype for Business as “Calling Plan.”

Maybe Microsoft will be taking some of the features currently in Skype for Business Online and making them available exclusively through Teams, while leaving a core set of telephony features part of Skype for Business? I think that could clear things up a bit for users puzzled by the current overlap.

Meanwhile, some already are convinced that Microsoft Teams is the future of Skype for Business Online.

Update (September 7): It’s looking more and more like Microsoft is planning to migrate Skype for Business users to Teams. Thanks to @hoyty on Twitter, here’s a notice from an Office 365 Admin Portal dated September 7 that indicates this migration will be an opt-in experience but only for the time being — seemingly until Microsoft adds more of the features in Skype for Business to Teams.

Microsoft looks to be readying a new Skype for Business on-premises server and may soon clairfy how Teams fits into its unified communications business roadmap.

A mix of old and new Microsoft, Teams could help lure Google users

Microsoft Teams blends the opportunism of the old Microsoft with the openness of the new, but it is not yet able to cut off Slack’s viral distribution for a new way of working. 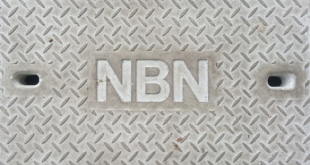