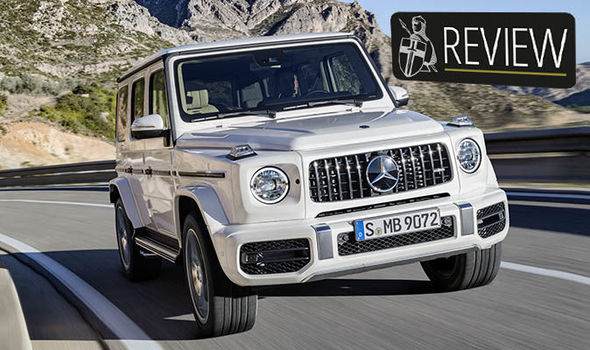 The height of the G-Class makes for superior view

Well, almost. Because the Defender’s German equivalent this G-Class (formerly known as the G-Wagen) is still alive and well and, in the form of this all-new model, not just thriving but luxuriating.

With a new chassis, suspension, steering, engines, gearbox and modern driver assistance systems and technology this G-Class has been thoroughly developed over six years.

Only the door handles, sun visors and headlight washers have been carried over from the previous model.

The body is new too although the design retains the boxy styling that dates back to the original model from 1979, with its adherence to right angles as a default.

However this G-Class is no longer the utilitarian, go-anywhere SUV of old.

It’s now a luxury vehicle to compete with the Bentley Bentayga, Porsche Cayenne and Range Rover, especially as it will only initially be available as a high-performance G63 AMG variant, costing a whopping £143,305.

That price tag will limit its customer appeal but a diesel G350d is slated for launch later and a G500 petrol is a further possibility.

But for now buyers will only have access to a highly tuned 4.0-litre V8 powerplant that pumps out 577bhp and blasts from 0 to 60mph in a raucous 4.4 seconds.

Make no mistake, this thing is a beast, with the burden coming when you have to pay for the petrol that fuels it.

The average fuel economy is 21.4mpg but as one of the primary reasons for owning this car is to delight in the whomping, thumping, grin-inducing noise that the engine makes, a real-world figure is likely to be somewhere nearer half that.

The 299g/km emissions will also burn a hole in your pocket for the first year’s VED road tax but that’s possibly small change for anyone who can afford the car in the first place.

The performance is breathtaking: floor the accelerator and accompanying the noise is a force that thrusts you back into your seat while the speedo’s needle sweeps around almost as fast as the car makes ground, taking you into licence-losing territory at an alarming rate. 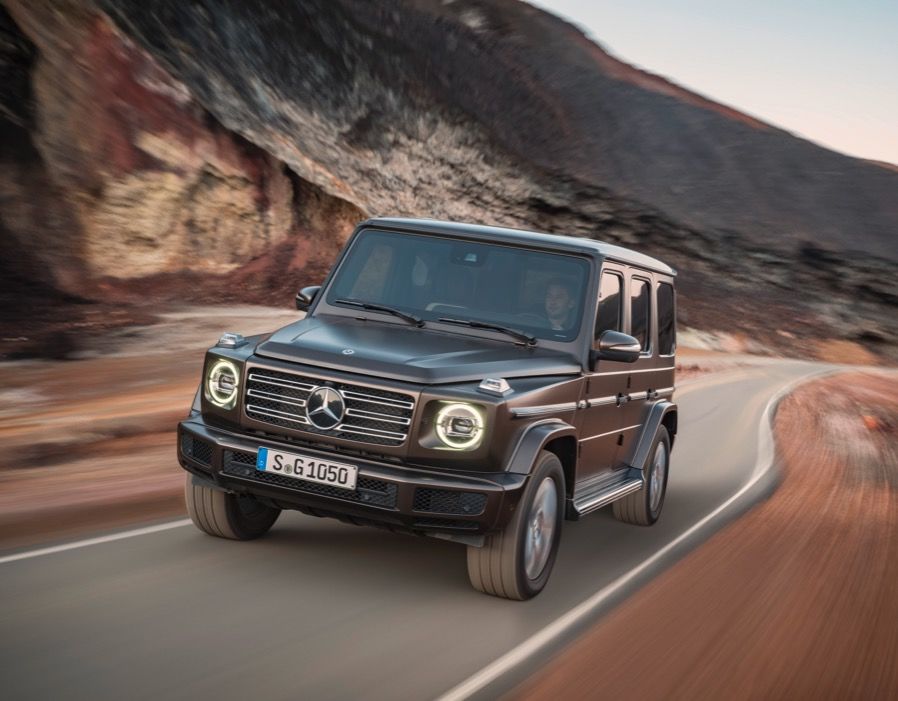 That engine is mated to an AMG Speedshift Plus 9G-Tronic automatic gearbox which changes cogs seamlessly, smoothly and, despite nine gears, manages not to feel indecisive, even when hustling the car along winding roads.

Keeping all this power in check on the tarmac requires some serious mechanical and electronic help, the G-Class supplying this with the likes of a stiffer body than previously, a new steering rack and Dynamic Select which adjusts the driving mode to the driver’s preference for the type of road.

However the 2.5-tonne kerb weight gives a good indication of how heavy the G-Class is – despite shedding 11 stone compared to the previous generation.

Keeping it on the tarmac, at pace, in tight bends on country roads can therefore be an exercise in weight transfer management and also gives the driver a useful workout for the arms.

But despite the body roll there is plenty of grip so there is a sense of dynamic solidity.

Although very few owners will take their cars on terrain that will really test its off-road abilities we can testify to the fact that those abilities are deeply impressive. 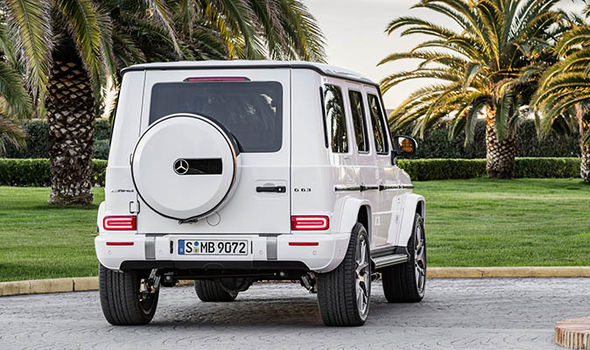 With a greater ground clearance (9.5in) than ever before, as well as increased angles of approach and departure, and an ability to wade through water to the depth of 27in, the G-Class can almost fulfil Julie Andrews’ exhortation to climb every mountain and ford every stream.

The ride quality is also vastly improved over the last G-Class, with a much greater sense of compliance, in all driving modes.

The Comfort mode, for example, does offer a softer, waftier sensation but the tautness of Sport – at low speed over speed humps, for example – also feels controlled, rather than venturing into hardness.

The cabin is spacious enough, without the rear being limo-like – there’s plenty of headroom and sufficient legroom.

The height of the G-Class makes for a driving position with a commanding view of the road ahead and it has all the necessary electrical adjustment in the front seats to ensure complete comfort.

The materials used in the cabin are also of the highest quality, with swathes of leather and lots of carbon-fibre trim and the G63 AMG ramping up the luxury factor even further than before. 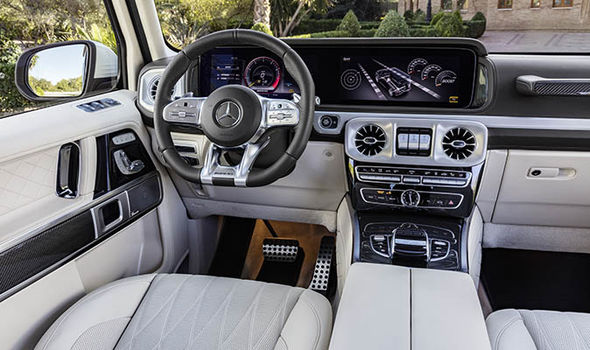 Technology isn’t hard to come by, either, with a pair of 12.3in screens offering cockpit information to the driver and infotainment system controllability.

The G-Class has long been something of a cult classic, with AMG versions having an extra cachet among some buyers.

This new car does nothing to affect that, while also increasing its appeal with a number of significant upgrades.

The G-Class might have moved a long way from its military roots but its luxury character will mean that it won’t need just to soldier on. 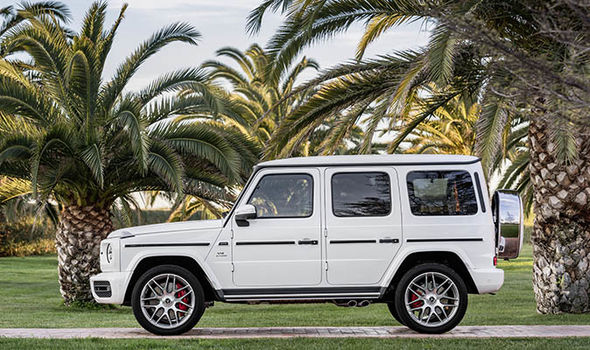