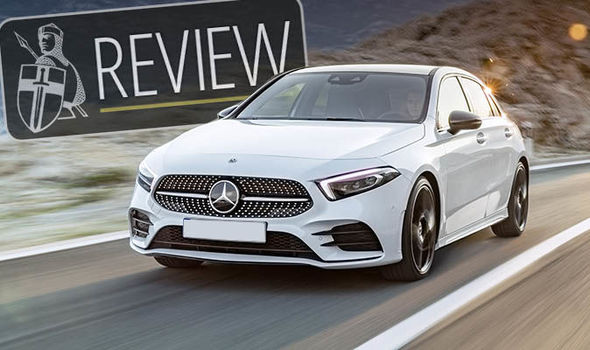 And it’s this A-Class that has changed the most since it was first launched, evolving from a quirky-looking upright hatchback into a sleek, polished and mature proposition.

And with this latest version packing a wealth of technology, Mercedes continues to reinvent its compact model for a whole new generation of owners.

The A-Class has a big following in the UK – in fact we are the biggest worldwide market for Mercedes, with more than 43,000 sold here last year.

Previously diesel versions of the A-Class have been most popular with buyers by a comfortable margin, while about half were selected with an automatic gearbox.

It has also borrowed numerous design cues from larger models, with the result being a car that manages to look contemporary, yet also familiar.

Two turbo-petrols, a 1.3 and 2.0-litre (badged confusingly as the A200 and A250) are being offered alongside a single 1.5-litre turbo-diesel, with a seven-speed dual-clutch automatic gearbox the default transmission.

More engines of both fuels and a six-speed manual gearbox will arrive later – the latter expected by the end of 2018.

The small capacity 114bhp 1.5-litre A180d diesel punches well above its weight with a 0 to 60mph time of 10.5 seconds and a 125mph top speed, while the 161bhp A200 petrol model is unsurprisingly a little quieter and likely to appeal more to private buyers who are not pounding motorways every day.

The 221bhp 2.0-litre petrol is the punchier choice (0 to 60mph in 6.0 seconds), aimed at drivers with more sporting leanings.

It’s no AMG monster – two versions of which are coming later – but does a good job of unlocking some of the car’s potential.

Still, back in the real world it’s hard to argue with the 68.9mpg average fuel economy of the A180d, placing it a significant distance ahead of the A200 and its 51.4mpg, if you travel a lot and are still happy to embrace diesel power.

Past A-Classes have never been positioned as finely-honed driving machines but this variant is noticeably more polished than the last.

The steering boasts a useful weighty feel and, at least when fitted with adaptive suspension, copes well with less-than-perfect road surfaces. 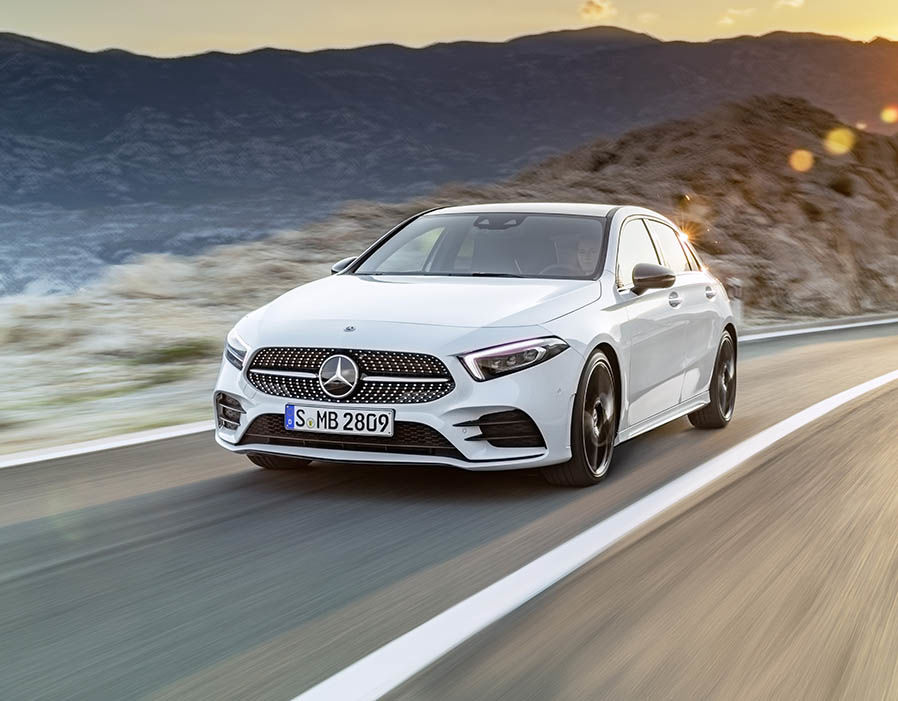 In short the driving experience can be fun. It’s also a seriously smooth operator when you’re not in a hurry.

Key to this performance are those engines, which deliver a good mix of power and refinement.

The accessible and affordable nature of the A-Class makes it an ideal candidate to introduce new technology.

This is most obvious in the cabin, where an all-digital display dominates the facia.

Mercedes appears keen to blur the line between how we use mobile phones with how we interact with its cars.

The heavy emphasis on tapping and swiping to control key functions will no doubt be second nature to tech-savvy buyers, although others will be faced with a steep learning curve.

DUBBED “MBUX” this new approach controls everything from the audio controls to how you interact with the navigation system and encompasses voice control that is more intuitive than of old. 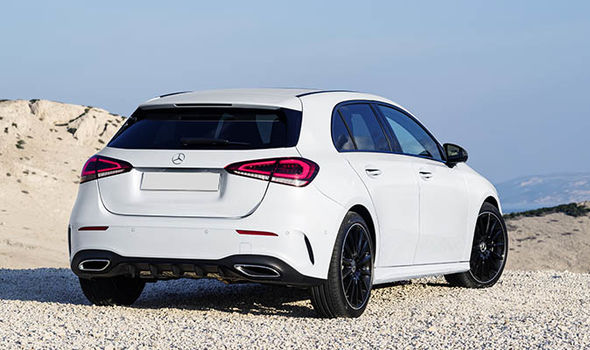 The Mercedes has borrowed design cues from larger models

The default arrangement is a pair of seven-inch colour screens – one for the usual instruments, the other for audio or navigation and a host of other services.

Upgrading at extra cost results in one or both screens expanding to 10.25-inches.

Directly swiping or tapping the right-hand screen has replaced the need for a rotary controller.

An oversize laptop-style trackpad affords more control, although at first swipe we would hardly call it intuitive.

The A-Class is also a fraction larger in all the key areas.

Millimetres count in this business and head, leg and shoulder room have all been improved slightly to make the cabin more comfortable.

And it’s also quieter than before thanks to a new streamlined shape and an improved focus on overall refinement. 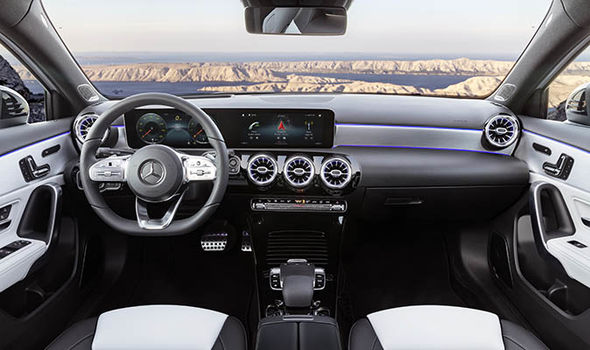 Three trim levels – SE, Sport and AMG Line – and a £25,800 base price see the A-Class offer both ample equipment levels and an appealing entry price to an experience growing ever closer to that of the flagship S-Class.

Make no mistake, the A-Class is a big deal for Mercedes.

For all its high tech and suave looks: it has to appeal to a broad church; from company car drivers to low-mileage private owners.

First impressions suggest it’s got that task nailed down, blurring the lines between car and appliance thanks to Mercedes’ embrace of connected technologies.

But it’s also possible to enjoy and use the car in its most basic form, a “posh” five-door hatchback.

With even the SE variants gaining essentials such as digital radio, a mass of active safety features, sat nav and keyless ignition, there’s no reason to slum it. 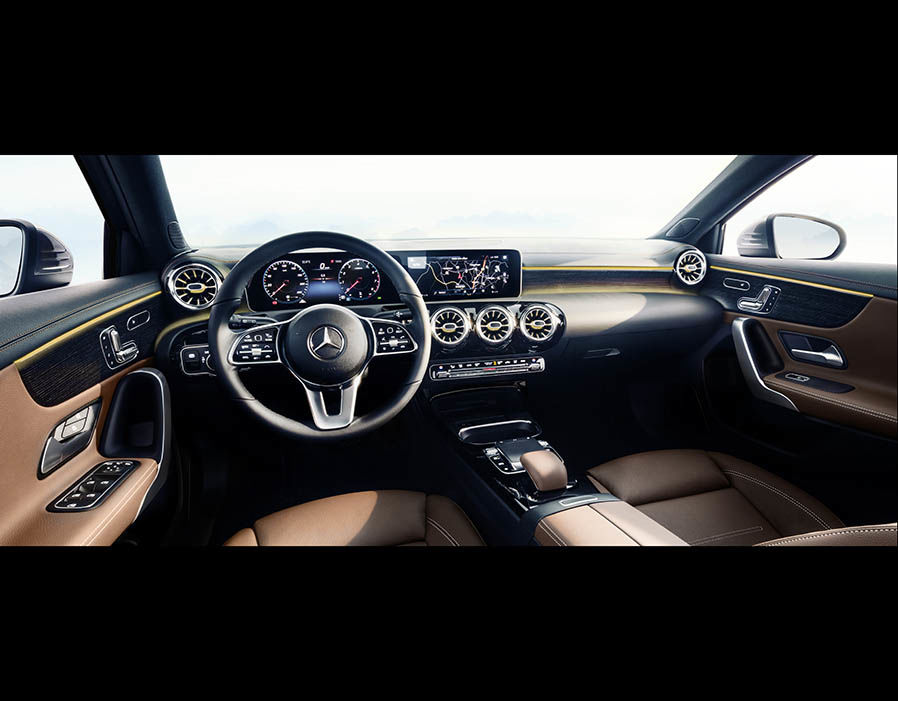 Contrary to any concerns that this latest A-Class was pitched exclusively to tech-savvy buyers, it really is a car for everyone.

Sure you’ll sacrifice some of the experience if you choose not to embrace the new technology but immerse yourself in the handbook, or ask a teenager if you get stuck, and you’ll find the added value is worth the extra head scratching.

A bold statement on many fronts this latest A-Class has the potential to slip painlessly into your life.

Its premium badge, looks and advanced features will have both purists and a new generation of owners nodding with approval. 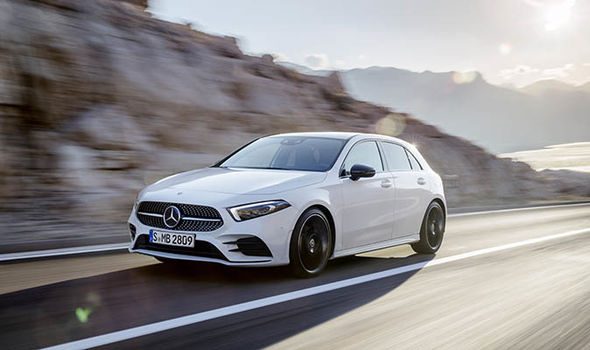