Named Greenwood in an homage to the thriving Tulsa, Oklahoma, business community known as “Black Wall Street” that was destroyed by white rioters in 1921, the digital bank has several features designed to promote social causes and organizations for the Black and Latinx community.

For every sign-up to the bank, Greenwood will donate the equivalent of five free meals to an organization addressing food insecurity. And every time a customer uses a Greenwood debit card, the bank will make a donation to either the United Negro College Fund, Goodr (an organization that addresses food insecurity) or the National Association for the Advancement of Colored People.

In addition, each month the bank will provide a $10,000 grant to a Black or Latinx small business owner that uses the company’s financial services.

For Render, the decision to launch a new digital bank alongside Young and Glover was a way to link Atlanta’s well-established, centuries-old Black business community with the technologies that are redefining wealth and creating new opportunities in the twenty-first century. It was also a way to equip a new generation with financial tools that could empower them instead of undermine them.

“What I have learned about capitalism is that you’re either going to be a participant in it or a victim of it,” said Render. “The ultimate protest is focusing your dollar like a weapon.”

Young, who is also the U.S. ambassador to the United Nations, had seen the ways digital banking technologies were transforming the social order in countries like India — reducing the power of payday lenders and providing greater economic access — and wanted to bring those opportunities to communities in the U.S.

Atlanta is a perfect home for a new Black-owned digital bank. After riots in 1906 destroyed Atlanta’s own bustling Black business district in a prelude to the Greenwood Massacre 15 years later, the community rebuilt with banks like Citizen’s Trust (founded in 1921) and Carver (founded in 1946) serving the city’s Black community.

Rendon, a serial entrepreneur who owns a chain of barber shops called the SWAG Shop, some real estate and a restaurant along with the rapper T.I., said that he’s not just a founder of Greenwood, he’ll soon become a customer.

“Today, a dollar circulates for 20 days in the white community but only six hours in the Black community,” said Render in a statement. “Moreover, a Black person is twice as likely as a white person to be denied a mortgage. This lack of fairness in the financial system is why we created Greenwood.”

Greenwood will offer a physical debit card and savings and checking accounts to its customers — along with all of the digital features one would expect, including integrations with Apple, Samsung and Google Pay, the ability to make peer-to-peer payments, mobile checking deposits and free ATM usage at over 30,000 locations.

“It’s no secret that traditional banks have failed the Black and Latinx community,” said Glover, in a statement. “We needed to create a new financial platform that understands our history and our needs going forward, a banking platform built by us and for us, a platform that helps us build a stronger future for our communities. This is our time to take back control of our lives and our financial future. That is why we launched Greenwood, modern banking for the culture.”

To run the bank, the founding team hired Aparicio Giddins, who’s serving as the company’s president and chief technology officer. David Tapscott, a former executive with Combs Enterprises and Green Dot, is serving as the company’s chief marketing officer. Andrew “Bo” Young III, the managing partner of Andrew Young Investment Group, and Paul Judge, the co-founder of Pindrop and TechSquare Labs, both have seats on the company’s board of directors.

Which neobanks will rise or fall?

The timing for Greenwood’s launch is somewhat auspicious, coming as it does nearly a century after the launch of Citizen’s Trust and days after the chief executive of Wells Fargo, Charles Scharf, said really, really dumb things about diversity in the financial services industry.

Backing the company is a $3 million commitment from undisclosed angel investors. The bank is currently taking deposits and the hope, according to Rendon, is for it to start a new wave of entrepreneurial activity among young Black and Latinx community members and their allies.

“The work that we did in the civil rights movement wasn’t just about being able to sit at the counter. It was also about being able to own the restaurant,” said Ambassador Young. “We have the skills, talent and energy to compete anywhere in the world, but to grow the economy, it has to be based on the spirit of the universe and not the greed of the universe. Killer Mike, Ryan and I are launching Greenwood to continue this work of empowering Black and brown people to have economic opportunity.”

Previous Teachers deserve two screens, and Two Screens for Teachers aims to get them just that
Next Apple Event 2020: All the iPhone 12 models we expect on Oct. 13 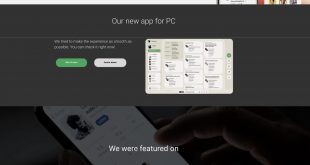 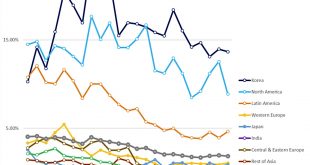