Juniper Networks has launched its Sydney OpenLab, saying it will provide a collaboration space for customers, partners, and students in a bid to stem the skills shortage as well as develop new technologies.

“OpenLab Sydney is a significant investment for Juniper, one that we truly believe in, and one that I think is going to just further our game and our strategy here in this country,” Juniper Networks CEO Rami Rahim said on Wednesday morning.

“OpenLab Sydney alongside with OpenLab Melbourne, which is scheduled to open next year, hopefully in the first part of the year, will play undoubtedly a significant role as we continue to push the boundaries of networking in Australia for businesses and beyond.”

During the past five years, OpenLab has grown from its founding location in Jersey to seven locations worldwide. Rahim said it has had 174 sessions to date with 2,500 attendees, and has jointly hosted 11 programs with six different customers.

Calling Australia “an extremely important market” for Juniper, Rahim said the Sydney and Melbourne OpenLabs will provide a space for improving and expanding skill sets.

“So much of the transformation that’s necessary is not just about technology; it’s about people and skill set,” the chief executive explained.

“We decided several years ago that we need to solve not just the technology problem, but the skill set problem, and there’s no better way to do that than to co-create, to have created an environment where we work arm in arm with our partners and our customers to develop new tools around automation.”

“This program with Telstra which we’ve just conducted very recently was a program that allowed us to partake in automation techniques and learn new skills in automation,” Rahim said.

“When I hear about some of the ideas and even the prototypes that came out of that session, it really is very exciting and very, very encouraging.”

“The whole idea about the throwdown with Telstra was to allow their staff to actually create this orchestration layer using our APIs,” Juniper added.

“It was really about how we’ve got a very rich set of APIs, probably more so than any vendor in this space, and we exposed a lot of our APIs so that you can actually automate against them.”

Alongside its Juniper Networks Academic Alliance (JNAA) program, OpenLab has additionally partnered with the University of Technology Sydney and RMIT University in Melbourne on education programs for students.

Rahim said the lab also plays into its recent “digital cohesion” research report warning industry that the rate of predictive and automated innovation will increase so rapidly that compute, storage, and networking skill sets will need to be continually kept up to date.

“Digital cohesion is first and foremost a vision of the future that we try to paint because we want to impress upon people just the pace of change of innovation that’s going to be happening around us, not just in networking but across all of IT … competitive forces have never been stronger,” Rahim told ZDNet.

Under its Digital Cohesion: The Era Beyond Disruption [PDF] research report, Juniper said autonomous, predictive, open, and adaptive technology will be necessary in the near future, and will be enabled by a “software-defined secure network”.

“Digital cohesion will require that service providers and enterprises provision numerous services instantly to create a digital cohesion customer experience. It will not be humanly possible to keep up with this demand manually,” Juniper said.

“Automation is the only way to instantaneously anticipate and provision services to individual users based on their context and needs … at Juniper, we call this a Self-Driving Network.” 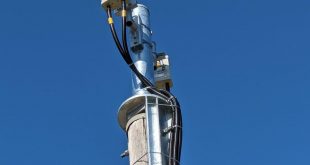