September is only a few days away, which that means that the next big iOS release is just around the corner. While we got a very good preview back at WWDC 2018 as to what iOS 12 has to offer in terms of features, the beta releases give us an indication of how well Apple is translating that vision into a workable product.

So how is the iOS 12 beta shaping up?

Must read: Apple products you should not buy (August 2018 edition)

I’ve been running the iOS betas on test devices here in the lab since iOS 12 beta 1, and I’ve noticed a steady increase in performance, lag reduction, faster boot times, and stability on the road to the latest iOS 12 beta 8 release.

Some aspects have improved dramatically, in particular boot times, which has seen a noticeable improvement, while other facets of the operating system such as screen lag and frame drops are marginally better.

Here’s a video by iAppleBytes that compares the performance of iOS 12 beta 8 against beta 1.

From a performance point of view, the latest beta 8 feels about as rock solid as the current iOS 11.4.1 release. In other words, crashes are pretty much non-existent.

As for bugs, I’ve come across a few here and there, and a couple of random weird screen layout issues in a few apps, but since this is a beta, and apps aren’t yet optimized for the platform, I’m not surprised or worried about this.

So should you install it?

A few weeks ago my advice was that if you had an older iPhone you could throw it onto to play with, then why not, but that if your only iPhone or iPad is also your daily driver, then my answer would be a resounding “no.” I’m now at a point where I’m willing to say that the risks associated with installing the iOS 12 beta are small enough that if you really want to play with it, and you’re aware that there’s still a chance that things could go wrong and have you hating your life, then give it a whirl.

OK, so you still want the iOS 12 public beta. Here’s how to get it.

If you want access to the public beta, you need to sign up for it. You can do that here. It involves downloading a profile to your iOS device (when Apple releases the final version of iOS 12 later this year, your iPhone, iPad, or iPod touch should automatically update to the final version of iOS 12, and you’ll then be able to delete the configuration profile from Settings > General > Profile).

Before you go any further, you might want to look at my list of precautions and caveats related to running beta software on your iPhone (things can go from smooth to ugly in a heartbeat). At the very least I suggest you have a full backup of your device done (I recommend you make an encrypted local backup using iTunes).

If you do decide to run iOS 12 public beta, and later realize that it’s making you hate life, you can uninstall it by following these instructions. 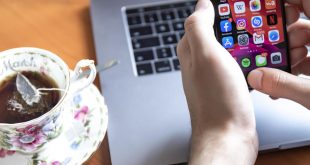 Apple is launching a purple version of iPhone 12 and iPhone 12 mini as it ...