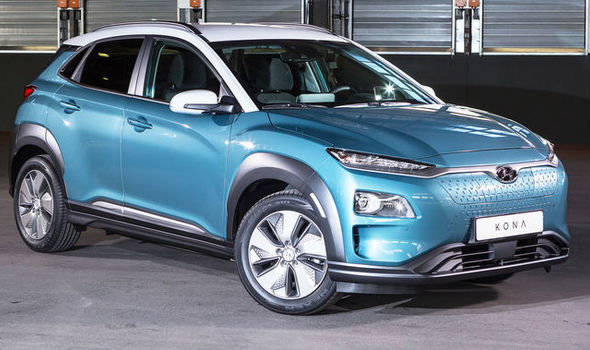 Battery technology, and crucially mileage range on a full charge, has now improved and with the introduction of Jaguar’s I-Pace and this new all-electric Hyundai Kona, they’re now entering the mainstream in greater numbers.

Also, for all the strides taken by the likes of Toyota over the years, it’s actually the somewhat unlikely contender of Hyundai that is largely pushing matters forward.

From its Ioniq hatchback, available in hybrid, plug-in and fully electric versions, to the hydrogen-powered fuel cell ix35 and forthcoming Nexo SUVs, Hyundai is coming to the fore in the world of alternatively powered vehicles.

And there’s no doubt that this Kona is the right car at the right time. With sales of both crossovers and electric cars rising, this combination of the two – the world’s first fully electric SUV looks ideal.

And this is just the start too for Hyundai. It’s already the only car manufacturer with four types of green cars across its line-up – hybrid, plug-in hybrid, all-electric and hydrogen fuel cell – and by 2025 it will have 38 eco-based models in its entire range.

Not so long ago, that would have looked something of a folly for a market that has yet to fully develop. But while buyers have yet to fully embrace EVs in all their forms, there’s no doubt that the tide has turned and that this is what the future looks like.

Now, far from being a folly, it’s looking like Hyundai is well ahead of its rivals. Not just that, early demand for this Kona Electric is the highest of any new Hyundai ever introduced. Already the Korean firm is worried it might not even be able to keep up with that demand.

While largely resembling the standard Kona crossover, this EV version is noticeable for its LED lights, filled-in front grille and slightly more aerodynamic alloy wheels. The good news is that it remains a handsome car, although some of the brighter colour options might not be to everyone’s tastes. 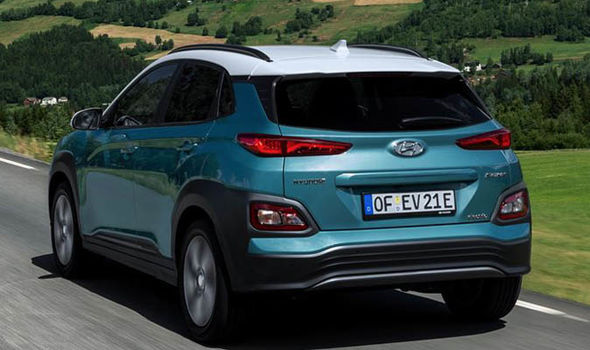 FAMILIARITY: The electric Kona is similar to the normal car (Image: Andrew Brady )

Very few Kona sales are expected to be the lesser 39kWh model though, and the monthly price difference of the 64kWh model will be minimal on a finance plan. Both come with two cables for recharging with a time of 9 hours and 35 minutes for a full charge on a standard wallpoint or just 54 minutes on a 100kW charger (when these come to the UK).

What’s especially clever though is that the Kona comes with three different ways of setting its regenerative braking modes. The first is via the paddles behind the steering wheel traditionally used for changing gear. 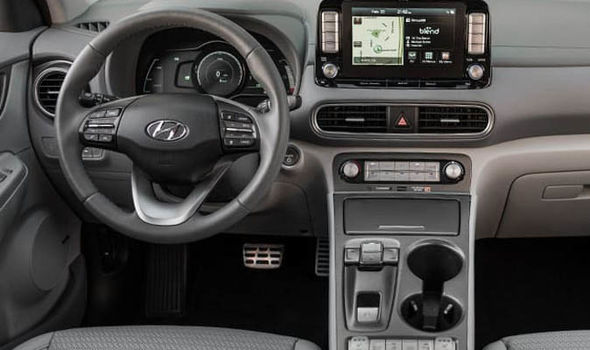 Here they can be used to alter the off-throttle regeneration to one of four different modes – from one extreme where the driver barely needs to touch the brake pedal to one where there is hardly any input at all.

The reality is that the middle two modes are probably best for everyday driving. Alternatively, another mode involves a long pull on the right hand paddle which instantly gives you the maximum setting when you need it.

And lastly, there is a smart regeneration mode, strangely found deep within the trip computer settings which uses the road gradient and traffic levels to automatically choose and adapt a setting for you.

This latter mode sounds ideal but the reality is that on the road its constant second-guessing quickly becomes frustrating. The manual settings are a far more preferable option. The rest of the Kona’s on-road driving manners aren’t bad either.

As with all electric cars, the immediacy of the acceleration from a flex of your right foot is addictive and the Hyundai is very comfortable to drive. The ride quality is excellent and road and wind noise are kept to a minimum too.

The only slight demerit is that the steering feels somewhat disconnected to the rest of the car and while it can be hustled through a series of corners with little body roll and a decent level of grip, it won’t put a smile on your face as you do so.

A big part of the reason why is the Kona EV’s kerb weight, a notinsubstantial 44 stone heavier than the heaviest model in the rest of the Kona range. The equivalent of three rugby players on the back seat makes itself felt over the more conventionally powered Kona.

Of probably more importance to potential buyers though is that we actually bettered Hyundai’s offi cial consumption figure with 13.7kWh/per 62 miles despite some fairly spririted driving and also having the air conditioning on the whole time. 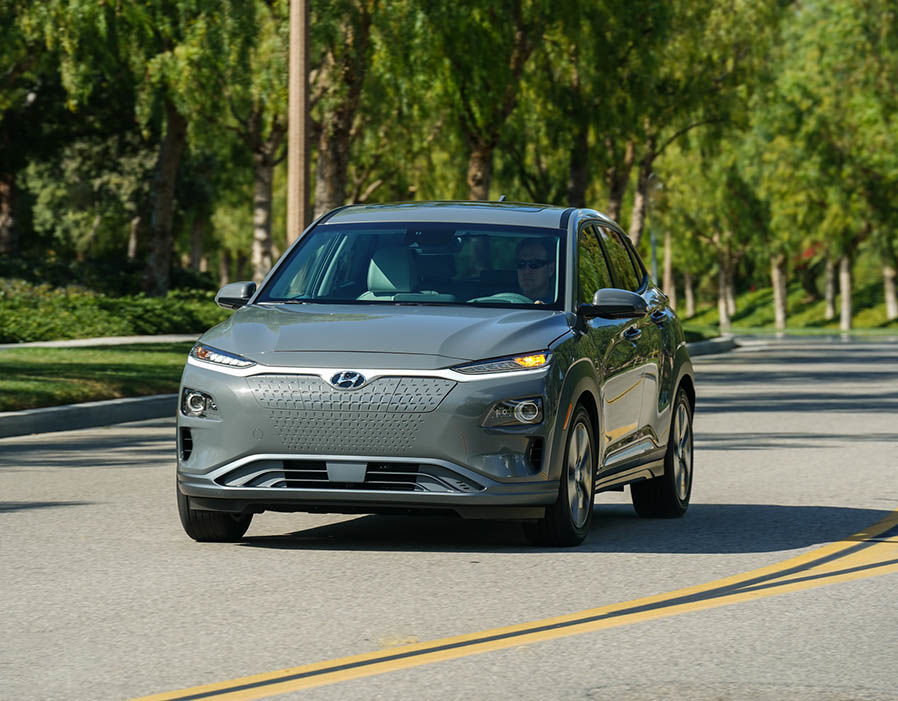 Inside, while some of the plastics won’t be to everyone’s tastes, the build quality is good and it looks smart with a raised central section. Space in the rear is a little tight for legroom but headroom is OK while the boot is unchanged from the standard car.

The fact that this Kona looks and feels little different to the standard model is sure to go down well with buyers as well. Rather than having a stand-alone electric model with unusual styling highlighting its differences, most customers are sure to want electric technology to fit with their lifestyles and requirements rather than the other way around.

As with Jaguar’s I-Pace, Hyundai has shown itself to be at the forefront of this technology and, more crucially, at a price that doesn’t break the bank.

Make no mistake, we think this Kona EV is sure to be one of the best and most important cars to be launched into British showrooms this year. Hyundai, we salute you.

Previous These tiny, ultra-low power chips are helping scientists to understand your mind
Next India may become next restricted market for U.S. cloud providers