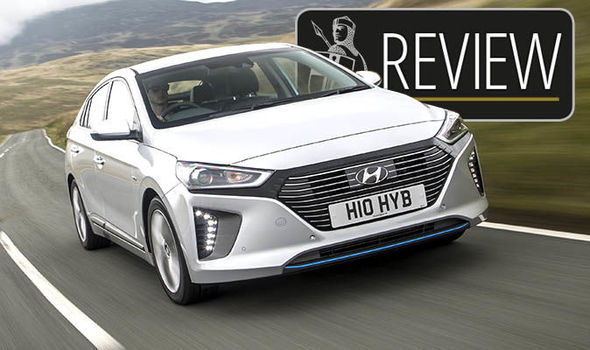 VERDICT: A economical hybrid vehicle that is cheap to run but will not excite

Hyundai Ioniq is available with a number of powertrain options and can be specified with as a mild hybrid, a plug-in hybrid (PHEV) and a pure electric car.

The mild-hybrid is the one Express.co.uk was given for our high-mile weekend getaway to Cornwall to put to the test its fuel economy and driver assistance systems to see if it was a perfect car to chunk off the miles or the smart alternative to diesel.

Here’s what we thought about the hybrid car.

Everything about the Ioniq hybrid is understated. It’s good-looking but not striking and well-kitted out but not flash.

The Toyota Prius is the car’s main rival and on paper the Ioniq looks to beat the Prius in a number of areas.

For one, it is nicer to look at than the Prius and is more practical although it is a little bit more expensive. 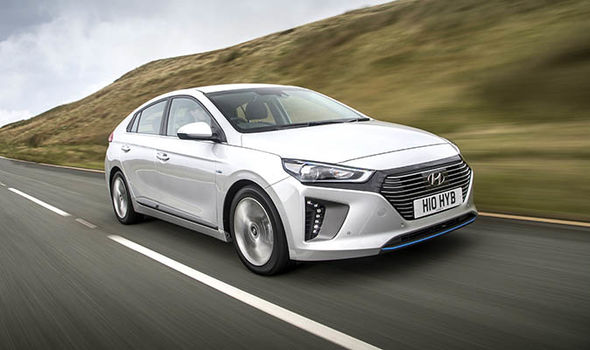 From the front, the car is relatively good looking and we commend Hyundai for not trying to make the car look too outlandish like some hybrids or electric cars can do.

Apart from the blue strips that adorn the car’s bumpers, you’d assume it was just another ICE vehicle.

Inside the car, the design is also pretty solid and has a lot of nice soft-touch materials on the dash and around the interior, but there is nothing too outlandish here.

Visibility can be a problem at times due to the unusual rear window design which is split in half by a bulky bar that reducing rear visibility.

What’s more is that there is no rear windscreen wiper which means that if the rear window gets dirty or is battered by rain then visibility can be drastically reduced. 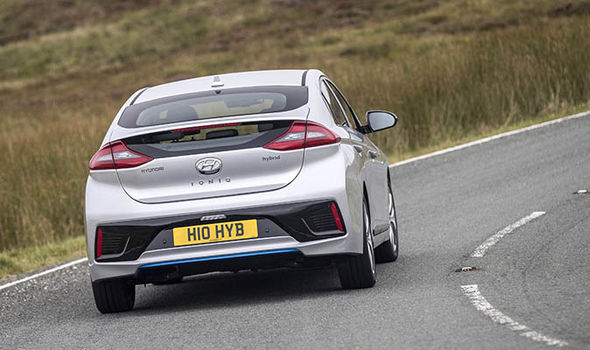 The A-pillars are also fairly chunky too which reduces overall visibility slightly. However, this was mitigated by the helpful Blind-Spot warning driver assistance system which flashes an orange icon in the wing mirror when something enters the car’s blindspot.

The air conditioning and heating system was fairly temperamental as it was hard to get the balance just right which led to times frustratingly faffing around with the dials, never quite satisfied.

It has a good-sized boot and could easily accommodate a couple of suitcases and some bags and will be plenty practical for most. 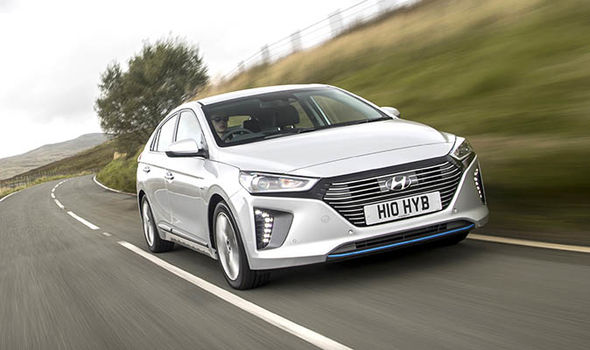 It uses both an electric motor and petrol engine (Image: HYUNDAI)

The test vehicle we had was equipped with a heated steering wheel and heated seats in the front and in the rear which is a nice touch on a colder day.

Its infotainment system is fine but the navigation system was not our favourite and sometimes threw up some incorrect instructions while driving through central London.

It is also not one of the quickest systems in the world but it is completely useable.

The addition of the Apple Car Play and Android Auto systems alleviates this somewhat as you can plug in and use the in phone applications and features.

It also allows you to charge your phone at the same time leaving the wireless charging and free for another passenger to use.

It can feel a list, bit underpowered at times and the engine can be quite noisy if you try and pick up the pace. When you put the pedal down it will whir as if the car is about to set off flying but will take a few moments to get going.

Flicking the transmissions stick to the right, however, will give you more instant throttle response but you will chew through fuel quicker if you remain in this mode for too long.

Over the 600 miles, we put into the car on a trip from London to Cornwall and back it remained to be comfortable and crucially economical. It claims that it can achieve 70mpg combined but we averaged just over 60mpg.

Driving the Ioniq feels pretty ordinary, which is neither a good or bad thing. It drives like a conventional car does although it has a tendency to understeer a bit.

However, everyday and motorway driving feels fairly drama-less and solid.

One thing that needs to be noted though is that if you choose the 17-inch wheels then you will get 12.5 per cent less fuel economy when compared to the 15-inch wheels. The smaller wheels can return you up to 83.1mpg average fuel economy and less CO2 emissions, so they really do make the most sense to buy. 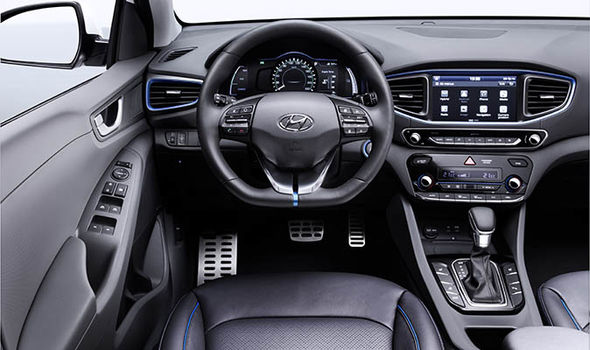 The model we tested was fitted with a number of driver assistance systems which helped on the roads.

Its smart cruise control system worked well pretty consistently and would slow down and speed up effectively while on the road.

The lane keep assist which will put in minor steering inputs to keep you centered in the line also works well.

These systems, among the others fitted to the vehicle, are really helpful and can take away some of the stress and tedium associated with a long drive. For example, the Lane Departure Warning gives you audible beeps if you are about to veer out the lane.

Similarly, if you indicate to switch lane on a motorway and the car senses you are too close to something it will beep frantically to warn you that it might not be quite safe enough to do so. 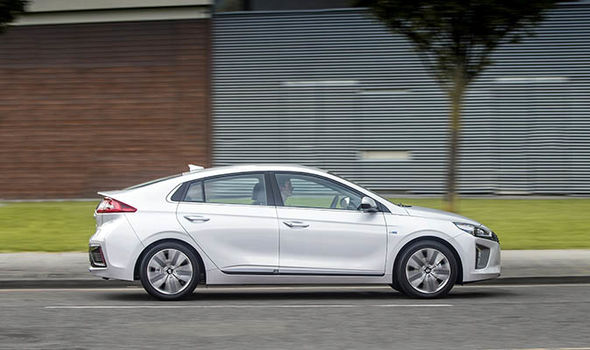 Ioniq Hybrid feels so acutely aware of its position in the market, to deliver no frills or dramas but just simple, reliable and comfortable driving.

It will not set your heart singing nor will it give you a thrill everytime you put your foot down but that is really not the point of it.

Essentially, if you want a car to be a car and be a workhorse like a diesel but not leave you with the anxiety over its future then it’s hard to look past the Ioniq. 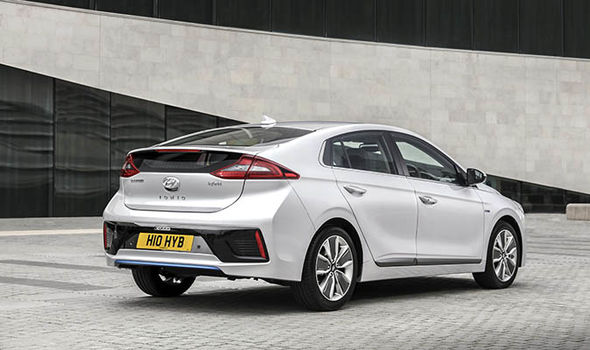 It is a good alternative to a diesel car (Image: HYUNDAI )

SPECS AT A GLANCE