Google's Vint Cerf: 'Quarter of internet is IPv6 but here's why that's not enough'


Video: Vint Cerf explains why moving to IPv6 is so important.

Today is the sixth anniversary of World IPv6 launch, but despite progress on the transition ‘father of the internet’ Vint Cerf thinks it’s not moving fast enough.

If you’re an ISP or enterprise IT shop with ample IPv4 address space and think you can ignore IPv4 depletion woes, Cerf has this message: “It’s time to get with the program.”

Cerf, Google’s chief internet evangelist, offered his thoughts in a video to mark the sixth year since Google and others kicked off World IPv6 Launch.

The World IPv6 Launch campaign aimed to push device makers, companies, and internet service providers to support IPv6, whose larger 128-bit address space is able to support a world with trillions upon trillions of internet-connected devices, compared with the four billion addresses IPv4 is limited to.

Cerf notes that the world ran out of IPv4 address space around 2011, some 13 years after internet engineers started sketching out IPv6, under the belief back then that IPv4 addresses would run out imminently.

Since World IPv6 Launch on June 6, 2012, significant progress has been made. Back then just one percent of users accessed Google services over IPv6. Now roughly a quarter of users access Google over IPv6.

But Cerf noted that “it’s certainly been a long time since the standards were put in place, and it’s time to get with the program”.

Today he still supports companies offering services on both IPv4 and IPv6 to ensure connectivity among everyone.

However, he argues there are good reasons to start the transition, even if an organization isn’t threatened by IPv4 depletion. While a CIO could buy IPv4 address space on gray market auctions, for example, it would be cheaper to buy more readily available IPv6 address space.

The other main reason is to support end users.

“What’s important to keep in mind is that even if your company happens to still have IP version 4 address space to allocate, that the users of your services and systems — especially if you’re an internet service provider — may need to communicate with parts of the internet that are running IPv6 only.”

Some mobile networks are aiming to simplify operations soon by switching off IPv4 and running IPv6 only, such as T-Mobile USA, according to the Internet Society’s 2018 World IPv6 Launch report.

Indeed, all major US mobile networks have high levels of IPv6 deployments, with Verizon Wireless at 84 percent, Sprint at 70 percent, T-Mobile USA at 93 percent, and AT&T Wireless at 57 percent.

“So it’s not enough to reason that if I have enough IPv4 address space I don’t need IPv6. Your users may need the use of v6 to communicate elsewhere.”

The Internet Society’s snapshot of IPv6 in 2018 notes that Google reports that 49 countries deliver more than five percent of traffic over IPv6.

There are also 24 countries where IPv6 traffic is greater than 15 percent, including the US, Canada, Brazil, Finland, India, and Belgium.

For those organizations, it recommends looking at why Microsoft recently decided to embark on the tricky transition from IPv6 and IPv4 or ‘dual stack’ to IPv6-only, which Microsoft believes will solve its problems with IPv4 shortages and enable simpler network management.

Steady take-up is driven to the rapid deployment of the protocol by telecommunication providers, says study.

What’s stopping people getting online? A growing fear of hackers

Until we know how much data breaches cost each victim, there’s little chance of getting business to invest enough in cybersecurity, warns the Internet Society

The IPv4 era is well and truly over as the Internet Architecture Board has said all IPv4 addresses have been allocated.

Net neutrality: The eve of destruction

To no one’s surprise, President Donald Trump and Chairman Ajit Pai’s FCC has killed net neutrality, and we must live with the ugliness that will follow.

Previous Android P Beta 2 brings updated system images and 157 new emojis
Next With index changes, Americans are sending billions to China (whether they know it or not) 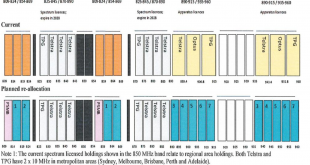