Breaking News
Home / Mobile / Google says more than 40 carriers and device manufacturers now use its platform for RCS, the next generation of SMS

Google says more than 40 carriers and device manufacturers now use its platform for RCS, the next generation of SMS

Rich Communication Services (RCS) is basically the standard for the next generation of text messaging, with apps like WhatsApp, Facebook Messenger, LINE and others now offering features that go far beyond the standard SMS-based messaging apps that tend to ship with your phone — unless, of course, you are an Apple and iMessage user.

As Google announced today, more than 40 carriers and device manufacturers now use its RCS platform (out of a total of about 60 that currently support it). That’s up from the 27 Google cited last year.

RCS is a GSM standard, but its biggest champion has long been Google, which looks at the service to allow its Android platform to get at least some feature parity with Apple’s iMessage service.

With Mobile World Congress coming up next week, it’s no surprise that Google wants to talk a bit more about RCS ahead of the event. Specifically, the company today noted Business Messaging as one of the central features of the new service. With this, businesses can send verified rich messages with boarding passes, credit card fraud alerts and package delivery notifications, for example. Those messages can include suggested replies and actions (change seat, call airline, etc.).

The standard Android Messages app started supporting it a year ago and with Jibe, Google offers a platform for launching and managing RCS services.

Over the course of the last year, a number of new carriers in Europe and Latin American have signed on to Google’s Jibe RCS cloud, including America Movil, AT&T, Celcom Axiata, Freedom Mobile, Oi, Telia and Telefonica.

Among the partners is messaging service Twilio, which today announced it has added support for RCS to its service. “By making rich, interactive messaging features available to consumers in their default messaging app, RCS has the potential to be as ubiquitous as SMS is today,” Patrick Malatack, VP of Product and GM of Messaging at Twilio told me. “Developers choose to build this messaging experience using Twilio because instead of wrestling with variations in APIs and tooling, they can integrate every messaging channel — including RCS — into their applications through one simple API. We can’t wait to see what our customers build.”

Other partners Google has worked with include 3C, CM.com, Mobivity, OpenMarket and Smooch. 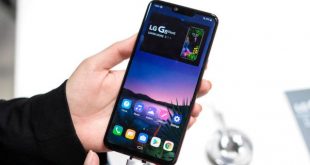 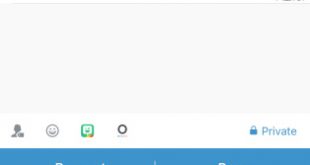