The relatively open nature of Android has made it a target for malware authors and other bad actors of all stripes who often try to get their wares onto your phone through both the official Google Play Store, third-party app stores and any other way they can think of. For most users, though, the main Android app store is Google’s own Play Store and as the company announced today, the… Read More

Previous Apple adding its own co-processors to three Macs in 2018, Bloomberg reports
Next Key NBN takeaways from ABC's Cabinet documents 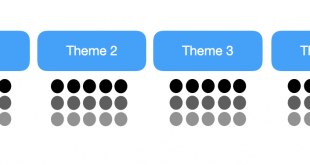 In growth marketing, creative is the critical X factor