Google today announced that it is pausing upcoming Chrome and Chrome OS releases “due to adjusted work schedules.”

The company confirmed that we will still see security updates, though, which will get merged into version 80, the browser’s current stable release version. “We’ll continue to prioritize any updates related to security, which will be included in Chrome 80,” the team writes in today’s brief announcement.

Don’t expect any new feature updates anytime soon, though. Chrome version 81 is currently in beta testing and will likely remain in this channel for now. Like so much in this current situation, it’s unclear when Google plans to resume regular updates.

Earlier this week, Google also noted that Android app reviews will likely now take longer as the COVID-19 pandemic has reduced in-office staffing levels. The same holds true for YouTube. As YouTube is taking measures to protect its staff, it says it’ll rely more on its AI algorithms to moderate content (which in turn will likely lead to more false positives and YouTube taking down more videos that weren’t actually violating its terms).

With most of Google (and other tech companies) now working from home, we’ll likely see more of these announcements in the future as the impact of this crisis becomes clearer in the coming weeks.

Android app reviews may slow to over a week due to COVID-19 impacts, Google warns developers 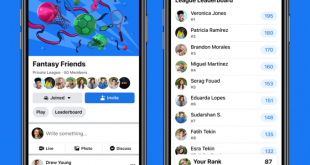