Dell and Gateway used to be the two giants of the home PC market, but while Dell has continued to maintain its status as a leading computer maker, the Gateway brand has faced a different fate. Acer purchased the company in 2007 and let it languish for years before deciding to take advantage of whatever familiarity the public still had with the Gateway name, revising it in a deal with Walmart that led to a lineup of laptops and tablets released last fall.

Most of those notebooks have received a just-announced refresh (as did the brand’s signature cow mascot), though last year’s tablets didn’t make the cut nor did the Creator Series laptop with a un-Walmart-like starting price of $1,200. Instead eight budget and midrange portables — seven in the Ultra Slim family and the other a 2-in-1 — get spruced up with the latest 11th-generation Intel Core processors that replace the mix of AMD and older Intel CPUs in last year’s systems. (Gateway promises updates to its tablet and Creator Series lines, along with new gaming laptops, later in the summer.)

The two lowest-priced models — one a traditional clamshell laptop and the other a 2-in-1 convertible are built around a Celeron processor, 11.6-inch display, 4GB of RAM, and 64GB of built-in storage. At $200 and $230, respectively, these will appeal to those looking at Chromebooks and other budget computers that can handle basic productivity tasks and web browsing. The next step up are a pair of 15.6-inch Ultra Slim notebooks that contain Intel Pentium Silver quad-core processors and 128GB of storage — the pricier of the two is a Minecraft Edition that’s available in bright green. At $330, it’s $40 more than the regular edition.

Next up in price is a 14.1-inch Ultra Slim laptop that’s available in two different configurations: a $460 version with Core i3 chip, 4 gigs of RAM, and 64 gigs of storage, and a $600 config that upgrades to a Core i5 processor, 16GB of memory, and a 512GB solid-state drive. This split configuration pattern is repeated with a 15.6-inch Ultra Slim notebook that starts at $500 for a system with a Core i3, 8GB of RAM, and 256GB of storage and escalates to a $700 version with Core i5, 16GB of memory, and 512GB of storage. No matter which configuration you choose, these laptops include a fingerprint scanner the cheaper models lack.

All of the new Gateway laptops include a year of Microsoft 365 Personal (formerly Office 365 Personal) and a range of color choices that vary slightly by model. They will also be eligible to update to Windows 11 when it becomes available later this year. 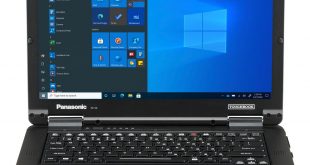 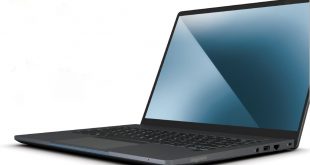