Not content to just revive The X-Files on television, Fox is also bringing the franchise to phones and tablets.

The new title from FoxNext Games and Creative Mobile Games is planned for release early next year, after the TV show returns for its eleventh (!) season. According to Variety, the story will take place in 2010 — long after the original series, but before the events of last year’s revival.

The game will feature new cases every month, delving into the broader mythology of alien invasions and government conspiracies while also including standalone episodes — sort of like to the show itself. And the game’s title, X-Files: Deep State, suggests that it will follow series tradition by freely combining real-world headlines with more out-there horror and science fiction concepts.

Longtime fans may recall that there was a full motion video adventure game released nearly 20 years ago — in fact, it seems crazy to me to now that I never played it.  (On the other hand, I’m not surprised that I never even noticed the release of a Playstation 2 game called The X-Files: Resist or Serve in 2004.) I guess I’ll be getting another chance to explore the world of The X-Files soon. 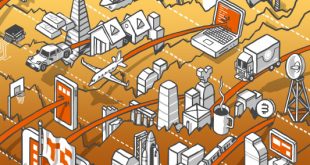