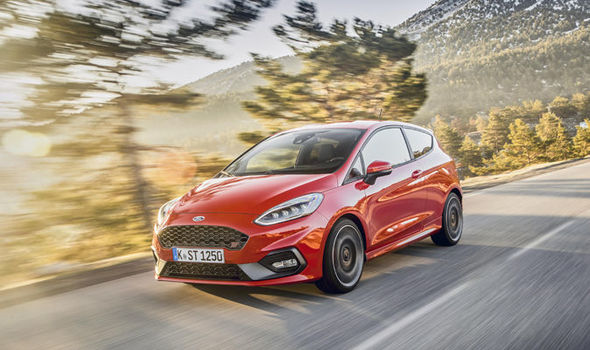 Ford has an enviable reputation when it comes to hot hatchbacks

Even better is the fact that Ford’s bosses seem to understand that too.

While the brand’s models expand their global reach with the likes of the Mustang muscle car and Edge off-roader now in UK showrooms, it would be all too easy for Ford to kill off what is a very European, and especially British, penchant for go-faster models.

Particularly at the level of this new Ford Fiesta ST, sales tend to be more about offering a halo feel good factor to the rest of the range.

It is expected to account for just five per cent of the 120,000 Fiestas likely to leave Ford showrooms this year.

That said, it’s a tough sector of the market with plenty of talent including Renault’s Clio Sport and the VW Polo GTI.

Ford isn’t exactly pulling its punches either. Available in both three and five-door forms, Ford is claiming that this is the most responsive and fun-to-drive Fiesta ST ever.

With lowered, sports suspension, 17 or optional 18-inch alloy wheels, a body kit and hunkered-down styling, it enhances the looks of the standard Fiesta considerably – even if we’re still not convinced about the bland rear styling.

Under the bonnet there’s that new 1.5-litre turbo-petrol engine which may cause some raised eyebrows among keen drivers for its three-cylinder layout.

They should focus more though on its impressive 200bhp output along with its minimal 6.5-second 0 to 60mph time and 144mph top speed.

An automatic cylinder cut-off system (engaging and re-engaging the cylinders as and when required) helps to improve the Fiesta’s average fuel economy and emissions to 47.1mpg and 136g/km respectively too. 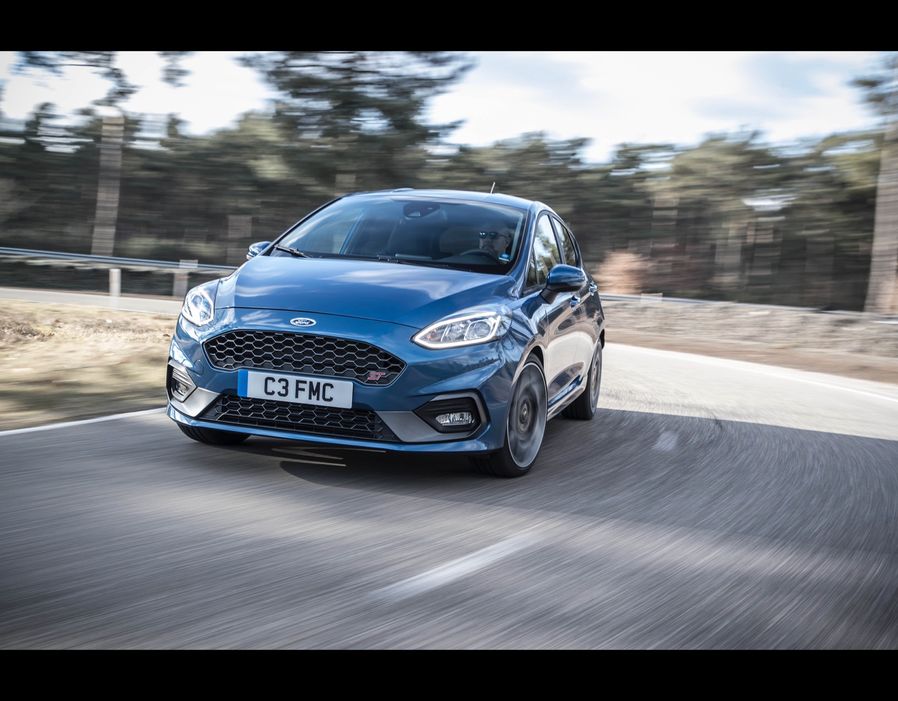 One interesting option for enthusiasts is the addition of a limited slip-differential for the first time to improve its handling still further, although it will set you back £850 as part of the ST Performance Pack.

However, Ford still expects about three-quarters of ST buyers to tick this box.

Past versions of the Fiesta ST have always been about how it drives on the road, rather than those on-paper statistics though and the same is true here.

Push the button to start the engine and it sounds nothing like other three-cylinder power plants, settling down to a deep burble.

Wedged into the sporty Recaro seats (more on which in a moment), the chunky steering wheel rim and the firm ride immediately leave you in no doubt about the car’s intentions.

To be fair, at lower speeds the ST can feel a little jerky and certainly slightly uncomfortable as it crashes through potholes and other road imperfections.

Up your pace though and everything from the sharp steering and slick gear change begin to come into their own.

That firm ride means there’s little body roll through corners and it flatters your driving as it darts into corner apexes with an eagerness unlike many other rivals and unlike many other more expensive sports cars.

And that’s before you’ve got to the engine which sounds nothing short of superb.

As the exhaust pops and crackles on the over-run when you lift off the throttle pedal, there’s no doubt that Ford has once again produced a serious driving machine. 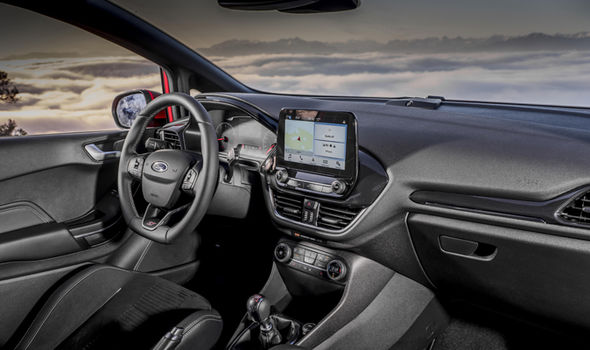 As your confidence in the car builds up, so you drive it harder and harder and it goes faster and faster.

Everything from the driver’s seat to the communicative steering, it flatters your driving ability providing a very rapid point-to- point pace to rival cars at least twice or maybe even three times the price.

It really is that good.

That aforementioned limited-slip differential is responsible for much of that too.

Working on the standard slow-in-fast-out theory of cornering, this Fiesta seems to pick up the physics rulebook and lob it out of the nearest window.

Instead, what you have is the ability to throw the Fiesta into a corner with virtual abandon and then stamp back onto the throttle pedal perhaps half a second earlier than you would have thought normally possible.

Then, instead of pushing you wide as you might imagine, that differential firms up and just slingshots you out of the corner at an even faster rate almost incomprehensible to your senses.

A supermini, even a hot hatch version like this one, simply shouldn’t be able to handle this well.

It’s so strong at accelerating mid-range and alongside its diminutive dimensions mean that you can’t help but wonder just how much faster you could drive down a twisty B road in almost any other sports car.

If there’s one weak point to the Fiesta ST’s overall package however, it’s with the interior.

Based largely on the standard Ford supermini, aside from that thick-rimmed steering wheel and figure-hugging Recaro seats, there’s not much changed here.

In some ways, such as the car’s overall ergonomics and comfort, that’s no bad thing but in others such as the dashboard lower down, some of the plastics and materials used could be much better.

A good example is the latch for the transmission tunnel cubby between the two front seats which has a hole that looks like someone has casually cut it out with a junior hacksaw.

Those spending £20,000 and more on this car will, and should, expect better than that.

Overall, this latest Fiesta ST is all about the driving experience – and on that front, it scores full marks.

It’s fun and has the ability to embarrass much more expensive competition. 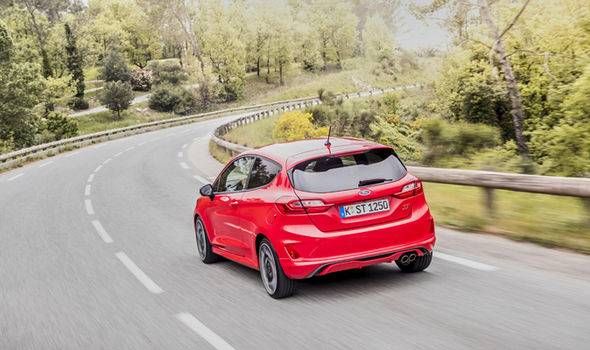