For the past couple of years, Fitbit has flirted with making a smartwatch to compete with the Apple Watch, Pebble, and Samsung. But, until recently, the company had always stopped short of calling one of its products a smartwatch.

Technically, the Versa isn’t Fitbit’s first smartwatch. That crown belongs to the Ionic, the first device to launch with Fitbit OS.

Enter the $199 Versa, a smartwatch that looks unlike anything the company has done before. It’s not too big, checks all the boxes of a fitness tracker, and includes some new smartwatch tricks from Fitbit.

The Versa isn’t Fitbit’s first watch-like device, but it is the first one that looks like a watch. Previous products like the Surge, Blaze, or even the Ionic looked more like an activity tracker than a watch. Boxy designs do not lend themselves to a svelte looking watch.

With the Versa, the company focused on creating a watch that was more appealing to the overall market, instead of fitness enthusiasts first.

The end results is a watch that reminds me a lot of the Pebble Time 2 (Fitbit acquired Pebble in late 2016), with rounded edges and corners. According to Fitbit, however, the Versa’s design was something that came before the Pebble acquisition and the similarities are merely coincidental.

The watch itself has a display that measures 1.34 inches. Fitbit’s promotional images make it look bigger than it actually is. With the goal of making a watch that appeals to male and female users, the Versa’s size is slightly smaller than the 42mm Apple Watch.

I would prefer a Versa that’s a bit bigger than its current size, but the smaller display and footprint isn’t a deal breaker by any means.

The Versa has a total of three physical buttons: A single button on the left side, and two on the right side. The buttons are used to navigate the watch’s interface or act as shortcuts to apps and settings when long-pressed.

The color touchscreen is responsive when using gestures to scroll through notifications or rearrange installed apps.

On the bottom of the watch is the charging port that works in tandem with the included cradle to charge the Versa in roughly two hours. Also on the underside is the necessary sensor for heart rate tracking.

In the review package, Fitbit included the Versa, which comes with a standard watch band, a leather band, and a metal links band. Switching bands is a breeze thanks to the quick-release mechanism. After using all three bands over the past couple of weeks, I found the classic and leather bands the most appealing. The metal link band is comfortable, but the clasp is a chore to open and close.

While I didn’t receive any compliments about the Versa on my wrist, I don’t have any issues wearing the Versa to workout or to an event where fancy attire is required.

Killer app — and then some

Fitbit’s approach to everything it does has always revolved around helping its users become healthier. Whether it’s by counting steps and tracking sleep or building a community of fellow users to cheer you on and compete against.

With the Versa, Fitbit is using the millions of steps, nights of sleep, and countless other metrics it has collected over the years and putting it to use. A new Today view shows your current activity stats such as steps or resting heart rate and offers advice on what you can do to increase activity or sleep better.

Even though there’s a long list of apps available for the Versa, in use it’s clear the company’s main focus is health. And, for some, that is the most important app.

For others, however, the smartwatch features are what makes the Versa attractive. Currently, Android and iOS devices are supported, and for the most part, offer feature parity on both platforms. Notifications display on the Versa, and call alerts give the option to send an incoming call to voicemail or answer it on a connected phone.

The Android or iOS Fitbit app is used to control syncing, log activity, fine-tune the alerts you receive on your wrist, and it’s also how you access the app and clock face stores.

Neither store is overflowing with options, but that’s not necessarily a bad thing. Developers are still trying to figure out the best use for a small screen, and having a store overrun with apps that don’t offer any real value is frustrating for the user.

It’s not that Fitbit needs a long list of high-quality apps to excel as a smartwatch maker, but the overall look of third-party apps feels somewhat generic.

Not all Fitbit OS apps are a waste. A Starbucks app displays your Starbucks card number and barcode for easy payment, for example. The New York Times also has an app that is designed to quickly catch you up on the day’s news.

Navigating Fitbit OS is primarily done with gestures. From the clock face, a swipe up reveals the today view, a swipe to the left displays installed apps, and a swipe down lists notifications.

Long-pressing the left button acts as a shortcut to music controls for music that’s stored on the watch itself, or controlling music on your phone, along with quick settings to disable notifications and the display.

Currently, Versa supports Pandora and Deezer music streaming services, as well as syncing your own music library from a computer to the watch’s onboard storage, capable of storing roughly 300 songs. Versa works with any Bluetooth headphones or earbuds for listening to music without a phone nearby. Spotify support is something the company is looking into but doesn’t have anything to announce quite yet.

Fitbit claims four or more days of battery life on the Versa. After initial setup and tinkering with the watch, my first charge netted a respectable — but disappointing — 2.5 days of use. Subsequent charges have pushed over six days of use, so don’t get discouraged if you aren’t quite hitting the four-day estimate right away.

There are technically two different models of Versa, at least here in the US. There’s the standard Versa, and then there’s a Special Edition model. Outside of a different color and extra watch band, the biggest difference between the two is Fitbit Pay support.

Read also: Does Fitbit have time to pull off its digital healthcare transformation?

The narrative surrounding Fitbit’s fitness trackers has transitioned from users not really needing or wanting a smartwatch, to embracing the fact that the future of the wearable industry is the smartwatch.

Fitbit OS, the operating system running on the Ionic and now Versa, was born out of the company’s acquisition of Pebble, a pioneer of the smartwatch. Fitbit now has dedicated app and clock face stores.

The company has reiterated its commitment to continue developing fitness trackers alongside smartwatches, but the about-face in attitude toward what a wearable is and should do surely will influence Fitbit’s product roadmap.

ZDNet recently spoke with Fitbit co-founder and CEO James Park to discuss the company’s future and will have a lot more to share soon.

Of course, there’s still a lot of work for Fitbit to do to compete with the Apple Watch. But Fitbit feels it has positioned itself for success, leveraging its health ambitions and a $199 price point that’s appealing to most consumers.

In May, the company plans to release an update that adds female health tracking to the Fitbit app and Versa, along with the ability for Android users to reply to messages directly from the watch.

Continuous updates are part of the puzzle to creating a compelling smartwatch, and Fitbit is well aware.

The Apple Watch is still the best smartwatch for those who want a watch that works seamlessly with the iPhone — and that will be true as long as Apple limits what developers can and can’t do with its platform.

As for the Versa, well, it’s nice to finally have a reliable and affordable alternative that works across multiple platforms. I have zero hesitation in recommending the Versa. Welcome to the smartwatch race, Fitbit. It’s about time. The Versa is available for preorder right now and will begin shipping in one to two weeks, according to Fitbit’s website.

The Fitbit Ionic brings integrated GPS, onboard storage for music playback, smart notifications, wearable payment support, and an application platform in a very attractive and comfortable form factor with a battery life of up to four days.

Apple’s newest smartwatch is smarter in that it’s always connected, but is it worth the cost? 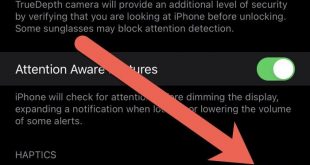