Set the “days without a Facebook’s privacy problem” counter to zero. This week, an alarmed developer contacted TechCrunch, informing us that their Facebook App Analytics weekly summary email had been delivered to someone outside their company. It contains sensitive business information including weekly average users, page views, and new users.

After two days of Facebook investigating, the social network now confirms to TechCrunch that 3 percent of apps using Facebook Analytics had their weekly summary reports sent to their app’s testers, instead of only the app’s developers, admins, and analysts.

Testers are often people outside of a developer’s company. If the leaked info got to an app’s competitors, it could provide them an advantage. At least they weren’t allowed to click through to view more extensive historical analytics data on Facebook’s site.

Facebook tells us it plans to notify all impacted developers about the leak today. Below you can find the email the company will send:

Subject line: We recently resolved an error with your weekly summary email

We wanted to let you know about a recent error where a summary e-mail from Facebook Analytics about your app was sent to testers of your app ‘[APP NAME WILL BE DYNAMICALLY INSERTED HERE]’. As you know, we send weekly summary emails to keep you up to date with some of your top-level metrics — these emails go to people you’ve identified as Admins, Analysts and Developers. You can also add Testers to your account, people designated by you to help test your apps when they’re in development.

We mistakenly sent the last weekly email summary to your Testers, in addition to the usual group of Admins, Analysts and Developers who get updates. Testers were only able to see the high-level summary information in the email, and were not able to access any other account information; if they clicked “View Dashboard” they did not have access to any of your Facebook Analytics information.

We apologize for the error and have made updates to prevent this from happening again.

One affected developer told TechCrunch “Not sure why it would ever be appropriate to send business metrics to an app user. When I created my app (in beta) I added dozens of people as testers as it only meant they could login to the app…not access info!” They’re still waiting for the disclosure from Facebook. 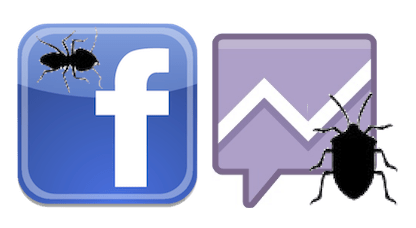 The privacy mistake comes just weeks after a bug caused 14 million users’ Facebook status update composers to change their default privacy setting to public. And Facebook has had problems with misdelivering business information before. In 2014, Facebook accidentally sent advertisers receipts for other business’ ad campaigns, causing significant confusion. The company has also misreported metrics about Page reach and more on several occasions.

While Facebook has been working diligently to patch app platform privacy holes since the Cambridge Analytica scandal, removing access to many APIs and strengthening human reviews of apps, issues like today’s make it hard to believe Facebook has a proper handle on the data of its 2 billion users.

Previous MyRepublic not late to Singapore mobile market, but must differentiate with customer service
Next Facebook prototypes tool to show how many minutes you spend on it