Ericsson has announced a trial of 5G network technology and virtual reality (VR) during the lead-up to the Indianapolis 500 motor race in partnership with Intel and telecommunications carrier Verizon.

The companies made use of 5G technologies such as beam forming and beam tracking, wherein antenna arrays steer a beam to where a user is with less radio interference, attaining speeds in excess of 6Gbps across Verizon’s 5G trial network.

“We have to deliver the fastest 5G connection possible,” said Dan Huffman, principle engineer for Verizon Wireless, in a video of the trial.

“As our vehicles get smarter, our network also has to get smarter, and we’re doing exactly that with a 5G network capable of pinpointing your device and maximising your bandwidth at all times.”

More than 180 beams were targeted at the car on the Indy 500 racetrack, Ericsson said in a blog post, with a prototype 5G antenna installed on the roof of the vehicle.

Ericsson took the test further by blacking out the windows of a racing car, installing a camera on the roof of the vehicle, and fitting the driver with a 5G-enabled VR headset showing a 4K video stream of the track from the camera.

“To really kind of push the envelope and showcase the low latency, we added in this virtual-reality driving where we’ll black out the windows, virtual reality glasses will be worn by the driver, and the camera will take a feed and uplink through 5G into the network, turn it around and send it back over 5G, and do that quickly enough so the driver can react appropriately as he’s running around this track at speed,” Goodman explained.

During the trials, Ericsson and Verizon attained downlink speeds of 6.4Gbps in a vehicle travelling at 60 miles per hour (100km/h). Ericsson saw similar speeds during a 5G trial in a moving vehicle in Australia last year using the Telstra network.

Ericsson added that in future, sensors and cameras will be fitted to racing cars and racetracks in order to enable viewers and pit crews to see the race from several vantage points, as well as seeing information on each driver’s speed, RPM, and tyre pressure in real time.

During the Indy 500 race this weekend, Ericsson said it would have a 360-degree camera on the track to transmit footage via Verizon’s 5G to VR headsets being trialled by media not present at the race.

Verizon is currently rolling out 11 5G trial networks across the United States, with the first deployed in Ann Arbor, Michigan, earlier this month.

The networks are being built by Samsung and Cisco using the former’s 5G radio base stations and 5G routers alongside a Cisco Ultra Services Platform 5G virtualised packet core with Cisco Advanced Services and Samsung’s virtual RAN (vRAN) solutions.

The 5G new radio (NR) trial with Telstra will see the two conduct interoperability testing and an over-the-air field trial using the current 5G NR specifications provided by 3GPP during the second half of 2017 in partnership with Qualcomm.

For the trial, Ericsson will make use of millimetre-wave spectrum technologies at higher-frequency bands to increase network capacity and allow for multi-gigabit speeds across the 28GHz, 39GHz and sub-6GHz spectrum bands, as well as Multiple-Input Multiple-Output antenna technology along with beam forming and beam tracking.

The two will trial Telstra’s 5G network during the Commonwealth Games in 2018 ahead of a commercial launch by 2020.

Previous Chinese trio carve up a quarter of global smartphone sales in Q1: Gartner
Next Electric cars to cost the same as petrol cars by 2018 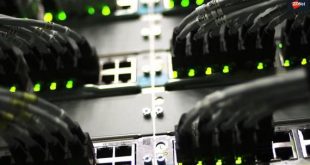 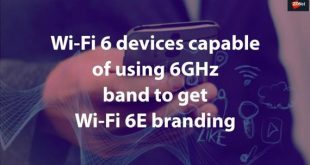