Google has announced which search engines have won an auction process it has devised for an Android ‘choice screen’ — as its response to an antitrust intervention by the region’s competition regulator.

The prompt is shown to users of Android smartphones in the European Union as they set up a device, asking them to choose a search engine from a list of four which always includes Google’s own search engine.

In mid-2018 the European Commission fined Google $5BN for antitrust violations attached to how it operates the Android platform, including related to how it bundles its own services with the dominant smartphone OS, and ordered it to remedy the infringements — while leaving it up to the tech giant to devise a fix.

Google responded by creating a choice screen for Android users to pick a search engine from a short list — with the initial choices seemingly based on local marketshare. But last summer it announced it would move to auctioning slots on the screen via a fixed sealed bid auction process.

The big winners of the initial auction, for the period March 1, 2020 to June 30, 2020, are pro-privacy search engine DuckDuckGo — which gets one of three paid-for slots in all 31 European markets — and a product called Info.com, which will also be shown as an option in all those markets. (Per Wikipedia, the latter is a veteran metasearch engine that provides results from multiple search engines and directories, including Google.)

French pro-privacy search engine Qwant will be shown as an option to Android users in eight European markets. While Russia’s Yandex will appears as an option in five markets in the east of the region.

Other search engines that will appear as choices in a minority of European markets are GMX, Seznam, Givero and PrivacyWall.

At a glance the big loser looks to be Microsoft’s Bing search engine — which will only appear as an option on the choice screen shown in the UK.

Tree-planting search engine Ecosia does not appear anywhere on the list at all, despite appearing on some initial Android choice screens — having taken the decision to boycott the auction because it objects to Google’s ‘pay-to-play’ approach.

“We believe this auction is at odds with the spirit of the July 2018 EU Commission ruling,” Ecosia CEO Christian Kroll told the BBC. “Internet users deserve a free choice over which search engine they use and the response of Google with this auction is an affront to our right to a free, open and federated internet. Why is Google able to pick and choose who gets default status on Android?”

It’s not the only search engine critical of Google’s move, with Qwant and DuckDuckGo both raising concerns immediately Google announcing it would shift to a paid auction last year.

Despite participating in the process — and winning a universal slot — DuckDuckGo told us it still does not agree with the pay-to-play approach.

“We believe a search preference menu is an excellent way to meaningfully increase consumer choice if designed properly. Our own research has reinforced this point and we look forward to the day when Android users in Europe will have the opportunity to easily make DuckDuckGo their default search engine while setting up their phones. However, we still believe a pay-to-play auction with only 4 slots isn’t right because it means consumers won’t get all the choices they deserve and Google will profit at the expense of the competition,” a spokesperson said in a statement. 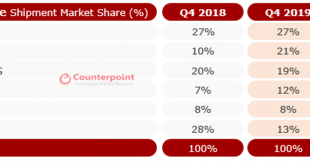 US regulators need to catch up with Europe on fintech innovation 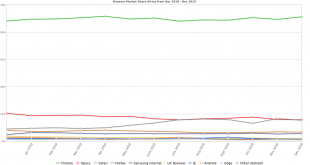 Internet services company Opera has come under a short-sell assault based on allegations of predatory ...