Yet a new study by the RAC found that many drivers were confused by the changes.

More than one in 10 wrongly thought green came next while 13 per cent mistakenly believed it would then turn to red and amber together.

All of which could lead to potentially hazardous and illegal manoeuvres on the road.

So what other ways could you be an accidental lawbreaker behind the wheel?

USING YOUR PHONE AT A DRIVE-THROUGH OR WITH A LEARNER

If your engine is off, your handbrake is on, you’re parked and the keys are out of the ignition then it’s not a problem. 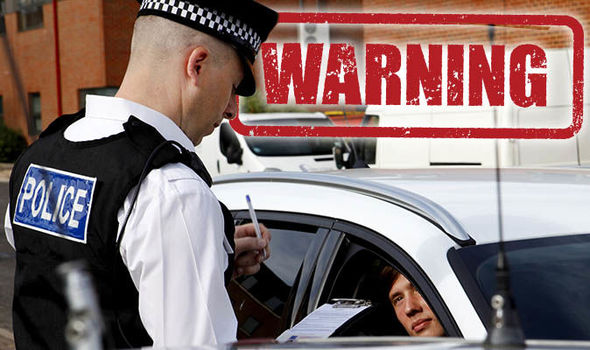 Driving is an easy activity to get wrong, here’s what you should be doing on the road

Unless you take the keys out of the ignition, you are still deemed to be driving. It’s the same when you park to make a call. It’s also illegal to use a handheld phone or similar device when supervising a learner driver.

Using a mobile phone while driving carries a penalty of six points and a £200 fine.

HAVING MUSIC ON TOO LOUD

Listening to music when driving can be very relaxing and boost the pleasure of the motoring experience. But crank up the volume and you could end up having your collar felt if a police officer hears you.

Usually this amounts to no more than agreeing to turn the din down. But refuse and under section 59 of the Police Reform Act 2002 officers can seize a vehicle that is causing alarm, distress or annoyance to members of the public.

Police can also issue on-the-spot fines to drivers who have custom exhausts or noisy engines under the Road Vehicles (Construction and Use) Regulations 1986.

GETTING IN THE CAR AFTER JUST HAVING THE ONE DRINK

In England, Wales and Northern Ireland, the legal alcohol limit for drivers is 80 milligrams of alcohol for every 100 millilitres of blood in your body. But drivers are mistaken if they think they can translate that into units, since things such as body mass or even gender can impact on how a person reacts to alcohol.

So even if you’ve had only one glass of wine, if the police spot you driving erratically and breathalyse you, they can still charge you with driving while unfit through alcohol.

Tempting as it is when you see a friend or display irritation at some idiot idling at the lights, don’t honk that horn.

You should do it only to alert others to your presence in a dangerous situation. If you do so in stationary traffic – unless something poses a danger – you could be fined up £1,000. It is also illegal to use your horn between 11:30pm and 7am.

USING YOUR MOBILE PHONE AS A SATNAV IN AN UNFIXED POSITION

It is illegal to use your phone as a satnav if it is not fixed on your windscreen or dashboard.

The most important thing is that while keeping it in sight, you mustn’t touch it if it is not in its cradle. Breach this and you’ll find you net six points on your licence and a £200 fine for using your phone behind the wheel.

SMOKING IN THE CAR WITH SOMEONE UNDER 18

A new law was introduced in 2015 making it illegal to smoke in a car (or other vehicle) with anyone under 18.

This was to protect children and young people from the dangers of second-hand smoke. What many people don’t realise is that it doesn’t just relate to small children but right up to older teens too. 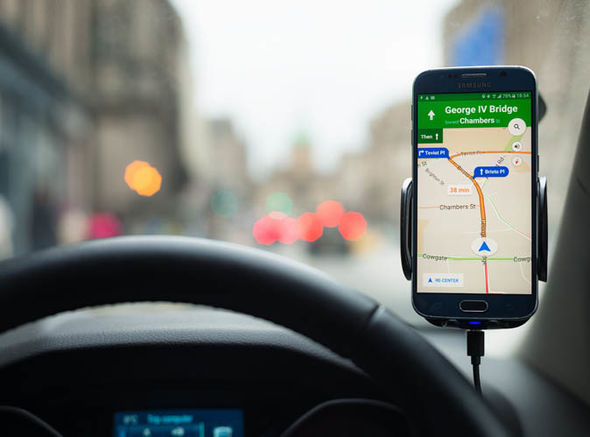 HAVING A DIRTY NUMBER PLATE

Number plates are important, as they let the owner and the police know when and where the vehicle is registered. Which is why driving with dirty licence plates or ones that are hard to read can net a fine of £1,000. The fine is to act as a deterrent and a reminder to drivers in the UK to check their licence plates on a regular basis.

If you did it deliberately, say, to try to stop cameras reading your number plate, you could be charged with perverting the course of justice. The maximum sentence for this charge is life imprisonment.

Lots of us are driven to hollering expletives at a hapless road user. But swearing and gesturing at other drivers counts which harness, guard. receive be result fine as a public order offence, meaning it could land you with a fine equal to 75 per cent of your weekly income. If you really lose it and make serious threats that could suggest real intent to carry them through, you could even end up going to prison.

It’s not just speeding that can land drivers in trouble. Motorists can get penalised if they are caught driving too slowly. If police see you doing this, they may well pull you over. Obviously it depends on the circumstances but penalties can be anything from a verbal warning up to nine penalty points.

Middle-lane hogging on motorways can also land you in trouble. According to rule 264 of the Highway Code, you should always drive in the left-hand lane when the road ahead is clear.

New laws introduced in 2013 give police officers the power to hand out on-the-spot fines of £100 and three penalty points. 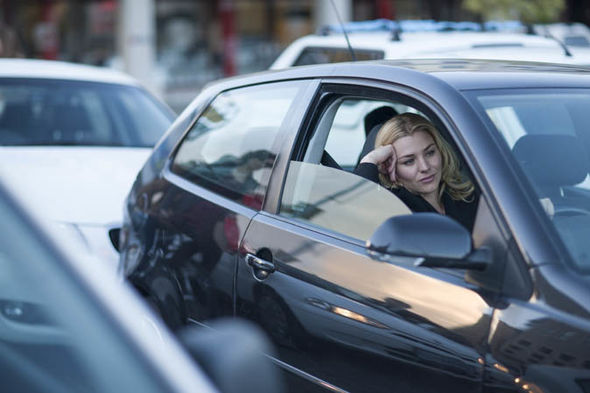 Taking to the roads too slowly can see you penalised

It may seem like a common courtesy to alert your fellow drivers to a speed camera or roadside police speed check by flashing your headlights but it can result in a fine of £1,000.

Traffic Act 1988, drive “without for other includes any through a causing to be According to the Highway Code, drivers should use their headlights “only to let other road users know that you are there”, and not to attempt “to convey any other message”.

Doing this is in breach of rule 110 and 111 of the code, which could stand up in a court of law as evidence.

Conviction for such an act, however, comes from a breach of section 89 of the Police Act 1996, which dictates that it is an offence to “wilfully obstruct a constable in the execution of his/her duty”.

Obstructing a police officer is an offence and has a maximum penalty of £1,000.

In the most extreme cases, obstructing a police officer can attract a maximum of one month’s imprisonment

USING AN APPLE WATCH WHEN DRIVING

Use this funky piece of wearable technology when you’re driving and you could end up with six penalty points and a £200 fine – the same punishment for using a phone behind the wheel.

Last year, in a bid to deter drivers from looking at their phones behind the wheel, Apple released a Do Not Disturb While Driving mode in its iOS 11 update. This meant phones automatically locked themselves when they detected they were moving above a certain speed.

DON’T NAP IN YOUR CAR WHEN DRUNK

If you’ve unexpectedly had a few too many, the sensible thing is to get a taxi and leave your car behind. But for some the Temptation to have a nap and sleep off the effects is too much.

But that snooze could cost you, since you are still deemed to be in charge of your motor, something that could lead to a 12-month ban. 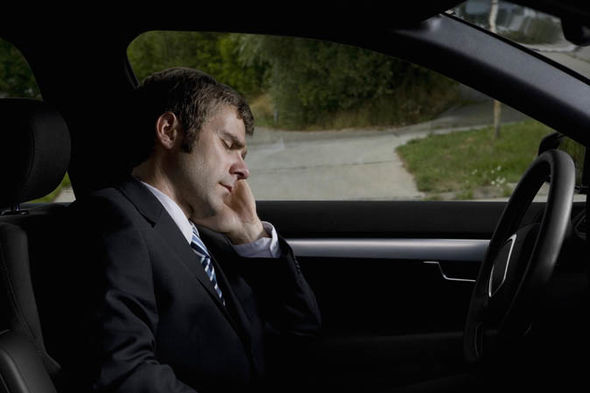 If you’ve had a few too many drinks, do not nap in your car

Tempting as it is to bomb through a huge puddle without a thought for anyone on the pavement, that moment of recklessness could land you with a maximum fine of £5,000.

Under the Road Traffic Act 1988, it is an offence to drive “without reasonable consideration for other persons”, and this includes any instance of “driving through a puddle causing pedestrians to be splashed”.

DRIVING WITH AN UNRESTRAINED DOG

Driving with a dog that has not been suitably restrained violates rule 57 of the Highway Code, which advises the use of a seat belt harness, pet carrier, dog cage or dog guard.

Fail to do this and you could receive a £100 on-the-spot fine if seen to be distracted, while failure to pay could result in a court case and a maximum fine of £5,000.

What’s more, most insurance policies will not cover a motorist who is found driving with a pet if it is unrestrained, meaning payouts can be withheld if there is an accident.