The new diesel car tax rates are just weeks away from coming in, but drivers are still confused about the increased fees.

New research has revealed that 87 per cent of drivers do not know the new law in relation to taxing new diesel vehicles.

From April 1st 2018 customers that buy and register a new diesel vehicle could face paying £500 more than if they registered it before that date.

The new tax is being applied to diesels in a bid to reduce air pollution and it coincides with the introduction of the Real Driving Emissions 2 standard.

Many drivers still believe that the rates will apply to all diesel cars and not just ones registered after April 1st.

Research from Confused.com suggests the confusion about diesel goes even further than the latest tax laws.

Almost half (46 per cent) of drivers say the messaging around diesel is unclear, contributing to a 24 per cent decline in sales over the past year.

It also suggested that the tipping point for a number of motorists was when the car tax rates increased in 2017.

According to the research declining sales are likely to continue as three in five (60 per cent) drivers would not consider buying a diesel car, with a third (33 per cent) put off by the taxes.

Reasons why the inflated rates have been introduced is to reduce air pollution include improving air pollution, reducing the amount of death linked to air quality and encouraging drivers to switch to low emissions vehicles.

Drivers are calling for better Government incentives to help them make the transition to alternatively fuelled vehicles.


Drivers are clearly confused about the messaging around diesel vehicles


Currently drivers can benefit from a £4,500 Government incentive for a battery-electric car and £2,500 for a hybrid model.

Just one in seven (14 per cent) said they would not choose diesel because they believe it is worse for respiratory problems, which is one of the main reasons for taxes on diesel vehicles specifically being introduced.

And almost half (48 per cent) say they believe diesel is worse for the environment, even though there is much debate about petrol being more damaging.

But not all drivers are convinced by the negative rhetoric, with one in five (20 per cent) motorists claiming they are annoyed the government is penalising diesel car owners.

This is due to the fact that a previous Labour Government incentivised the sales of diesel cars back in 2001, as they wanted to reduce CO2 emissions in the UK, which petrol cars typically emit more of. 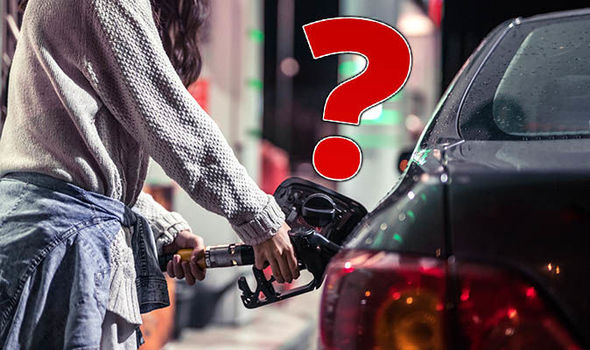 Of the two in five (37 per cent) who say they are still open to buying a diesel car, the majority (72 per cent) say this is because they are cheaper to run and deliver more mileage.

The cost of owning a diesel car is likely to increase over the next few months to further persuade drivers to switch away from the fuel type.

Amanda Stretton, motoring editor at Confused.com, says: “Drivers are clearly confused about the messaging around diesel vehicles. It’s no wonder motorists are not up to speed with the latest laws.

“As we head towards 2040, when the sale of new diesel and petrol vehicles will be banned, we expect drivers will see numerous incentives and penalties being introduced.

“Whether such measures will encourage take up of more environmentally friendly car-types remains to be seen.

“Our fuel barometer will track these over time, and measure against the trends, registrations and driver opinion on petrol, diesel and alternative fuel vehicles, and start to paint a picture for the future of electric vehicles.

“Fuel is a complex issue, and one that matters to drivers as filling up at the pumps is an ever-present cost.

“Drivers looking to save on the cost of their fuel should find the cheapest petrol and diesel in their area at Confused.com.”

Previous What is V2X communication? Creating connectivity for the autonomous car era
Next Alexa calling and messaging comes to tablet devices