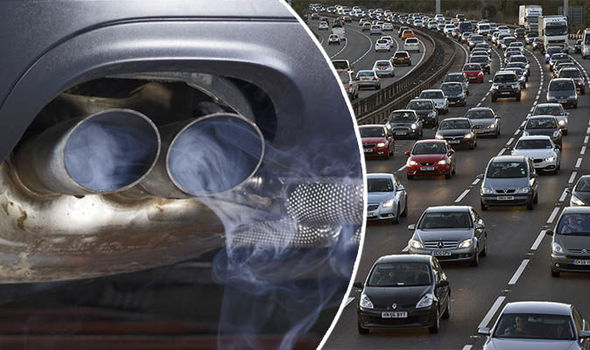 According to the study 91 per cent of Euro 6 rated cars, the latest emissions standard for cars, exceeded stated nitrogen oxides (NOx) levels.

In fact, some of the cars rated in The Real Urban Emissions Initiative or True Initiative test were even higher than the Euro 5 level, which has less strict margins.

The analysis reveals that new diesel cars released in 2016 still produced over five times the EU’s baseline limit of 0.08mph of nitrogen oxides (NOx) per kilometre.

Models made in 2017 were cleaner than those made in 2016 but still produced up to four times over the limit.

TRUE uses “remote-sensing equipment” to given a more accurate reading into the emissions they produce.

It has conducted emissions tests on more than 700,000 cars and 4,850 vehicle models across Europe.

Emissions are detected as cars pass through a light beam from a sampling location on the road and the method has been used in London, Leeds, Scotland, Zurich, Barcelona and Stockholm.

“By design, the True rating is difficult if not impossible to cheat,” said the ICCT, due to the fact there are no way a car’s software can detect it and because there are no pre-defined test conditions.

Greg Archer, at campaign group Transport & Environment, which is part of the True initiative, said: “The True rating exposes the legacy of dieselgate – tens of millions of dirty diesels that are still on the roads producing the toxic smog we daily breathe.

“It identifies the worst performing models and regulators must act to require carmakers to clean these up.”

The study contests what manufacturers have said about new diesel cars over the past few years when bans of diesel cars have been proposed.

NOx pollution is at illegal levels in numerous countries across the EU including Germany and the UK. 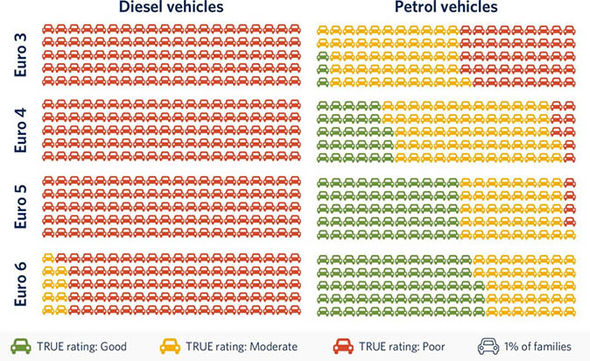 Red ratings are for cars with poor TRUE emissions rating 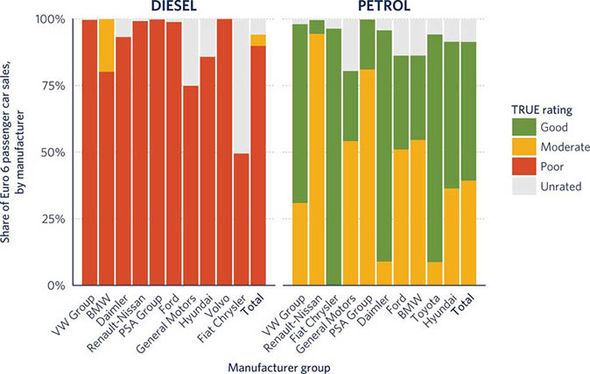 Peter Mock, at the International Council on Clean Transportation said that the test could be used as a “screening tool” to see which models behave “suspiciously.”

Models that are found to be high polluters could then be tested using a more expensive but accurate portable emissions measuring system (Pems).

“If I was a customer, I would look at these figures at the moment and have to conclude I should not buy a diesel car,” added Mock.

“Even Euro 6 [the most recent standard] diesel vehicles are not performing well at the moment so pretty much all of them should not have access to city centres.

“We have seen a number of PEMS measurements results by now which all pointed in the direction that there are very few, if any, Euro 6 diesel vehicles that perform well under real-world driving conditions.

Nick Molden, chief executive of Emissions Analytics, highlighted what a ‘brilliant’ screening tool the TRUE could be but acknowledged its limitations an shortcomings.

An example, reported on by The Guardian, shows that one particular Mercedes model cut its pollution significantly between 2014 to 2017, something which is not shown in the test.

Mike Hawes, chief executive of the Society of Motor Manufacturers & Traders, said: “Thanks to massive investment, each generation of vehicle is more advanced than the last, with significantly lower pollutant emissions.

“This is acknowledged by the [True] report, and consumers can be assured that new cars on sale today are the cleanest ever and fully compliant with EU emissions standards.”